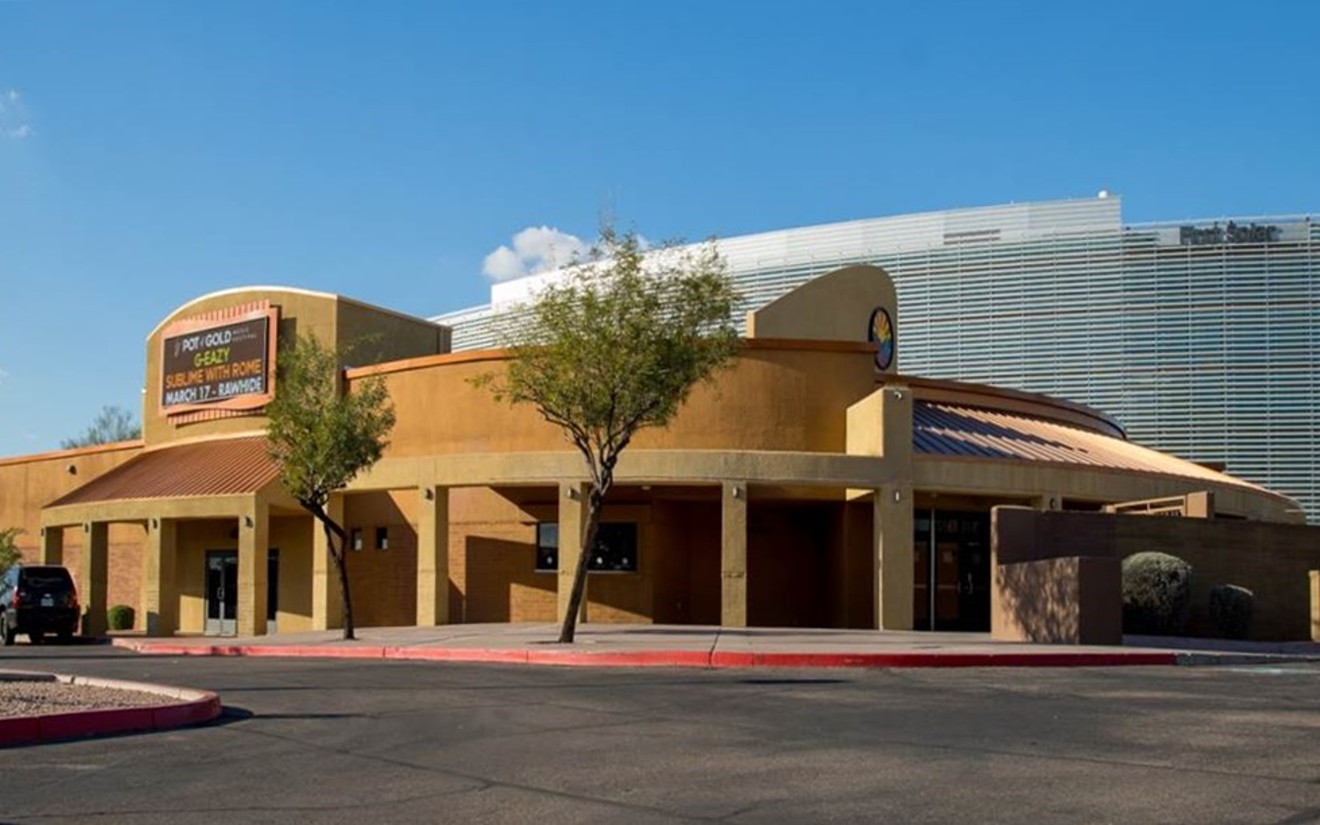 Live music returns to Marquee Theatre in Tempe Lucky Man Concerts
There’s no timetable as to when exactly the concert industry will fully return to normal, but local promoters and venues are going ahead with plans to hold shows. To wit: Tempe’s Marquee Theatre will resume concerts under social distancing rules early next month after a five-month shutdown.

Read on for more details about its reopening, as well as other recent news items from the metro Phoenix music scene, including a new date for an upcoming concert by the Monkees, a music festival happening in Fountain Hills, and a new streaming concert by Puscifer.

Marquee Theatre in Tempe Will Reopen in April

Local promoter Lucky Man Concerts revealed on Monday it's planning to reopen Marquee Theatre in Tempe on Thursday, April 1, and resume performances at the long-running music venue. Concerts will operate under Arizona Department of Health Services guidelines for events and mass gatherings, according to a news release sent out by Lucky Man. Masks will be required, social distancing will be used, and gigs will take place either inside the venue with a “dine-in” format (with patrons seated at tables) or outside in the “Marquee Backyard.”

The company said in the statement they “are confident the new venue rules and protocols to mitigate the spread of Covid-19 will be effective.”

“The wellbeing of our staff, patrons, artists and the community are always at the forefront of our event planning. We want everyone to feel safe about attending our upcoming events. But, if you are not comfortable attending, then wait until you feel safe."

The news comes several months after the Marquee voluntarily shut down last fall in order due to concerns over the pandemic.

Upcoming shows at the Marquee include Steel Panther on on April 1, Led Zeppelin tribute No Quarter on April 3, and The Allman Betts Band on April 9.

Concert promoter Danny Zelisko has announced that a long-awaited Celebrity Theatre show by the Monkees, which these days consists of surviving members Micky Dolenz and Michael Nesmith, has been rescheduled for the fall. The gig, which has been rescheduled twice before, is now set to take place on Sunday, September 19, at the venue. Doors open at 5:30 p.m. and all previously purchased tickets will be honored. 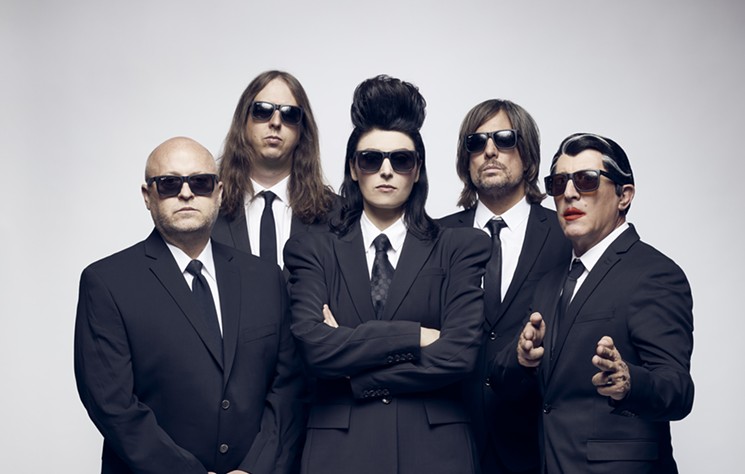 The current lineup of Puscifer, with Carina Round at the center. (Yes, that's Maynard James Keenan on the right.)
Travis Shinn

On April 17, the band will present “Billy D and the Hall of Feathered Serpents featuring Money $hot by Puscifer,” which is being touted as an "otherworldly" streaming event that will be based on their 2015 album.

Here’s how Keenan described it in a recent press release: “In this prequel to his alleged abduction during 'Existential Reckoning,' we find Billy D trudging through what has been referred to as the Bermuda Triangle of the Southwest. As is common within the Puscifer Vortex, Time and Logic have no home out here. Let that go. Just strap in for another magnificent ride through our collective Grey Matter.”

Tickets to the performance are currently available for an “early bird” price of $19.99 on Puscifer’s website.

The site of Fountain Hills’ namesake landmark will host an evening-long music festival on Saturday, April 10, with performances by several local bands. The lineup for the event, which runs from 4 to 9:30 p.m. at Fountain Park, 12925 North Saguaro Boulevard in Fountain Hills, will include Americana band the Mike Eldred Trio, cover act Rock Lobster, local rockers New Chums, and Bodie. Food trucks will also be available and Bone Haus Brewing will be selling beer. It’s free to attend and more info can be found here.
KEEP PHOENIX NEW TIMES FREE... Since we started Phoenix New Times, it has been defined as the free, independent voice of Phoenix, and we'd like to keep it that way. With local media under siege, it's more important than ever for us to rally support behind funding our local journalism. You can help by participating in our "I Support" program, allowing us to keep offering readers access to our incisive coverage of local news, food and culture with no paywalls.
Make a one-time donation today for as little as $1.