Okilly Dokilly Want to Pulverize Your Skull With Sound, Neighborino 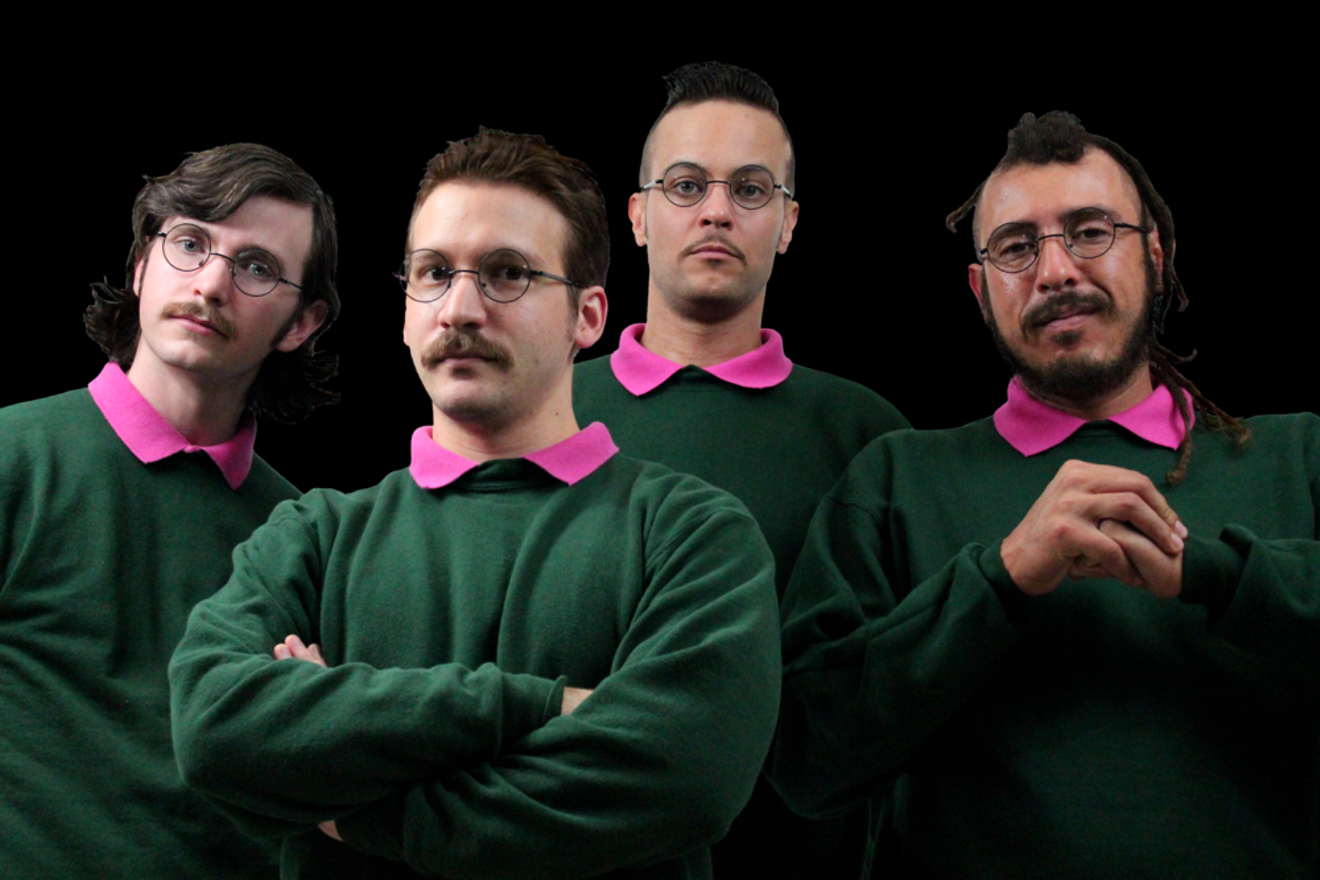 Okilly Dokilly are the world's first Ned Flanders-themed metal band. Courtesy of the artist.
Okilly Dokilly, the known universe’s only Simpsons-themed metal band, revel in pure fantasy. They’re badass rock ‘n’ roll cosplayers, dressing up in the dad ‘stache, green sweaters, and circlular glasses of Ned Flanders and snarling through tunes about panic rooms, white wine spritzers, and, um, Flanderdoodles. But from day one, the band’s proven as pragmatic as Homer’s friendliest and most hated neighbor himself regarding their larger career prospects.

“We’re used to being in unknown bands,” says frontman Head Ned during a recent call. “We’d thought we’d play shows at Club Red in a six- or seven-band bill.”

But just as Springfield’s residents came together to rebuild the Flanders home in the episode “Hurricane Ned,” so too has the world uplifted this “Nedal” band. Okilly Dokilly spent chunks of 2017 and 2018 touring, including The Mocktrosity Tour with fellow pop culture dweebs Mac Sabbath and a first-ever U.K. jaunt last month. This February, they’ll hit the road with Playboy Manbaby.

So what’s the secret? It’s not just that their mere existence is the winning square in pop culture bingo – there’s depth and intensity within songs like “Donut Hell” and “More Animal Than Flan.”

“Our goal was always to take everything Ned and go way overboard,” Head Ned says. “So we wanted to dress like this and go on stage and be just as serious as the other metal bands. To really poke at people’s perceptions.”

Ultimately, there’s no distinction between Okilly Dokilly’s sweaters and the corpse paint favored by other metal bands. It’s nerdy sleight-of-hand: As you’re having a hearty chuckle, Okilly Dokilly bashes you over the head with pulverizing grindcore imbued with nuance and vigor unlike few others.

“I’ve never really been in metal bands before,” Head Ned says. “So this was always like an outsider’s approach to metal. It gave a kind of clarity in writing the songs for the album.”

Head Ned is the first to admit he never expected crowds to listen too intently, happy to entertain folks via the Flanders gospel. But after returning from the U.K., he now recognizes just how much people love the entire gimmick.

“We’d talk to people after shows, and they’d show off their Simpsons tattoos, or have really involved personal stories,” he says. “We’ve found this niche of people who love metal and cartoons. It’s a great fan base, this mutual celebration with people.”

Ultimately, that sense of community is key to the Okilly Dokilly formula. When Head Ned first assembled the band in 2015, he recruited friends and acquaintances. More recently, he’s done the same when recasting this little troupe, saying “so long, neighborino” to Bled Ned, Red Ned, Cred Ned, and Dead Ned in favor of Shred Ned (guitars), Dread Ned (drums), and Zed Ned (synth).

“A big catalyst (for the lineup change) was that some guys couldn’t or didn’t want to tour,” Head Ned says. “So now I’ve been able to turn to friends or friends of friends to fill the band – no hunts or auditions, a current group of Neds that’ll be around for a while. Luckily, no need for Flanders hazing.”

This new configuration is already at work on the follow-up to 2016’s Howdilly Doodilly. With a planned release date for early 2019, Head Ned describes the LP – the current working title is, of course, Howdilly Twodilly – as “more technical,” adding, “We want it to be a challenge to listen to, with more juxtaposition between soft parts and noisy parts.” Plus, there’ll be a song about the classic “Homer Loves Flanders” episode.

With the new LP, the band thinks people might actually listen. They’ll have a better idea after November 29th’s homecoming show, their first in roughly a year. For a band with dizzyingly low expectations, it’s an opportunity to live the dream for one more hour.

“It’ll be fun and comfortable,” Head Ned says. “A chance to get all nice and ‘nedaly.’”

Okilly Dokilly. With Toso and Heavy Breather. 8 p.m. Thursday, November 29, at The Rebel Lounge, 2303 East Indian School Road, 602-296-7013; therebellounge.com. Tickets are $12-$14 via Ticketfly.
KEEP PHOENIX NEW TIMES FREE... Since we started Phoenix New Times, it has been defined as the free, independent voice of Phoenix, and we'd like to keep it that way. With local media under siege, it's more important than ever for us to rally support behind funding our local journalism. You can help by participating in our "I Support" program, allowing us to keep offering readers access to our incisive coverage of local news, food and culture with no paywalls.
Make a one-time donation today for as little as $1.
Chris Coplan has been a professional writer since the 2010s, having started his professional career at Consequence of Sound. Since then, he's also been published with TIME, Complex, and other outlets. He lives in Central Phoenix with his fiancee, a dumb but lovable dog, and two bossy cats.
Contact: Chris Coplan
Follow:
Twitter: @CCoplan