Mogwai Will Destroy You 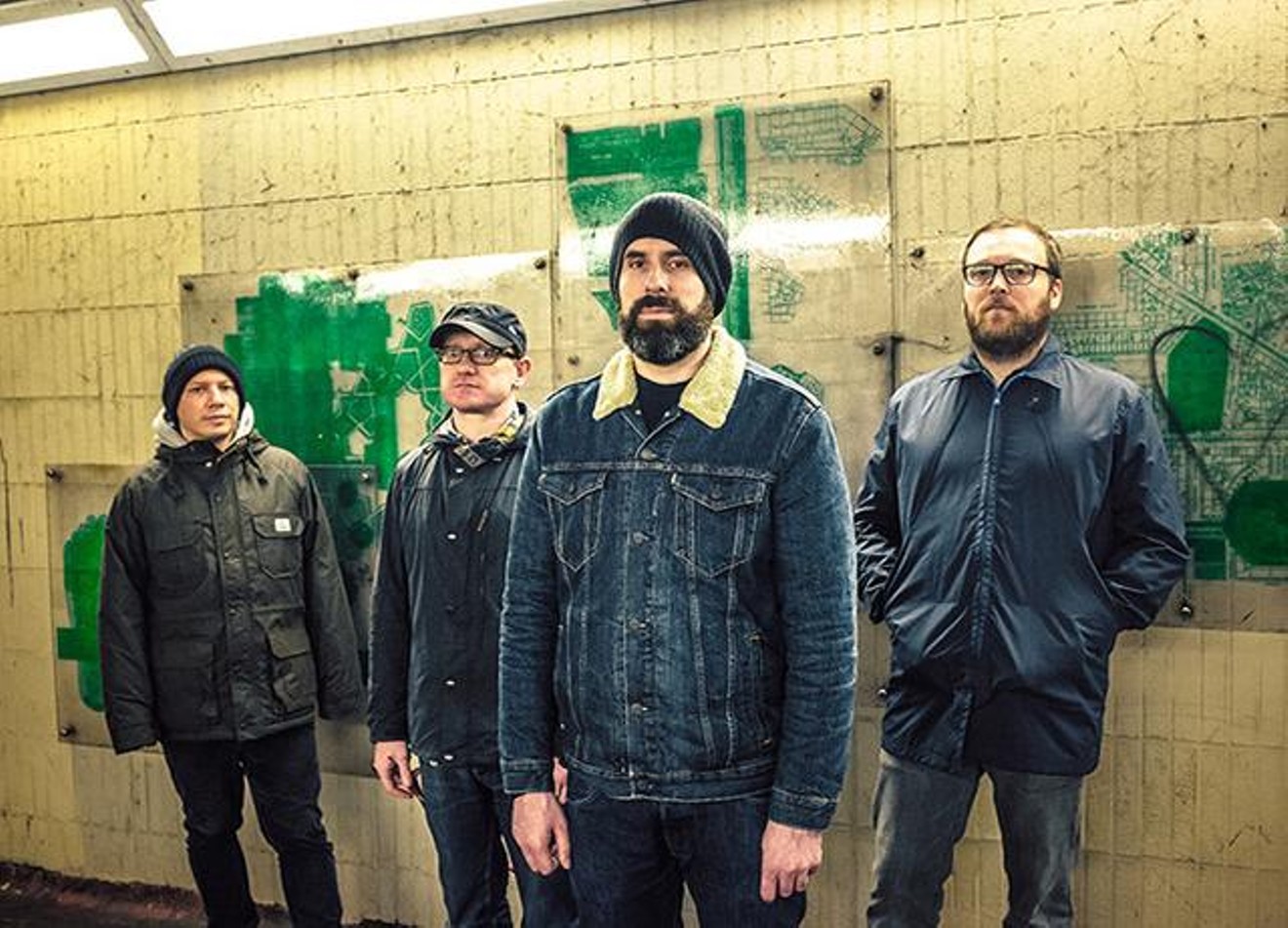 Mogwai: Glasgow's guitar giants. Temporary Residence Limited
Mogwai may be named after a cute and fuzzy Joe Dante critter, but the sounds they make are anything but.

The Scottish band makes kaiju-sized music: sweeping, occasionally brutal post-rock sounds that can punch holes through speakers like Godzilla planting a haymaker on a Tokyo skyscraper. If you want to know what the end of the world is probably going to sound like, put on a Mogwai track like “With Portfolio” and close your eyes — you can practically see the skies split apart as the band pummels you with a crescendo of noise.

While the music they create is primarily instrumental (with occasional vocals by frontman Stuart Braithwaite and some guest singers), Mogwai a band who aren’t afraid to chime in with political commentary or trash-talk other bands in interviews (like their infamous “Blur: Are Shite” T-shirt campaign in 1999). Brexit, in particular, has been the subject of much ire from the band.

“There’s definitely a strange atmosphere here at the moment,” Braithwaite said over the phone, reflecting on Brexit’s effects on the U.K. “We’ve got a new prime minister put in place who’s problematic on a lot of levels … I’m sure you guys are used to that.”

There’s a sardonic, weary tone in Braithwaite’s voice — America got a sneak preview of the far-right madness spreading across the world, and now Braithwaite and his U.K. peers are about to taste their own homegrown version of it.

The band’s latest album, 2017’s Every Country’s Sun, reflects that feeling of oncoming dread. Produced by Dave Fridmann (who previously produced Mogwai’s Come on Die Young and Rock Action records), Every Country’s Sun is a pensive, tense affair: a coiled rattlesnake of an album. It’s also one of the best records they’ve done in years.

A quintet for so long, the 2015 departure of guitarist John Cummings made the band tighter and more economical by necessity. Braithwaite, bassist Dominic Aitchison, drummer Martin Bulloch, and multi-instrumentalist Barry Burns accommodate for the loss of Cummings on their record by drawing closer together. There’s less room to sprawl on Every Country’s Sun, which makes the more widescreen, ecstatic moments like “20 Size” all the more resonant.

Mogwai debuted Every Country’s Sun live in front of an audience at the Primavera Sound music festival last year.

“It was quite nerve-wracking, but we really enjoyed doing it,” Braithwaite said about the band’s live surprise album drop.

Despite the loss of Cummings, Mogwai remained a fairly consistent unit for over 20 years. Not every Mogwai album is great, but there isn’t a stinker, no Lulu or St. Anger to kill their quality streak (Are you taking notes, Metallica?). When asked how the band have managed to stay relevant while so many other groups fizzle out, Braithwaite dismisses it with a chuckle.

“We don’t really think in those terms,” he said. “We just really enjoy doing it, and we take a lot of pride in the work we do.”

Sub-genres like space-rock, post-rock, and the shoegaze revival owe a considerable debt to Mogwai’s guitar dynamics. Even metal as a genre has taken some cues from the Mogwai playbook, with groups like Deafheaven covering Mogwai’s music and drawing inspiration from the band’s ability to switch at the drop of a hat from plaintive melodies to crushing spikes of volume.

Mogwai had to blow up the sky so that other groups could be born.

Mogwai scheduled to perform Monday, August 19, at Crescent Ballroom. Tickets are $29 via Ticketfly.
KEEP PHOENIX NEW TIMES FREE... Since we started Phoenix New Times, it has been defined as the free, independent voice of Phoenix, and we'd like to keep it that way. With local media under siege, it's more important than ever for us to rally support behind funding our local journalism. You can help by participating in our "I Support" program, allowing us to keep offering readers access to our incisive coverage of local news, food and culture with no paywalls.
Make a one-time donation today for as little as $1.
Ashley Naftule