6 Instrumental Bands You Need to Know in Phoenix Surf's up with Surfside IV. James J. Barnett
Vocals, who needs 'em? In metro Phoenix, we've got some instrumental acts you should know about, with genres ranging from surf rock to industrial-Americana fusion. Here are six.

Surfside IV
We don't have a lot of places to surf in the Valley, but that doesn’t mean we can’t have an instrumental surf rock band. In fact, we’ve had this one for quite a few years. Surfside IV formed in 2006, but has seen some lineup changes since. Guitarist T-Ray is the only remaining original member, and for the last four years he’s been joined by Dick Von Braun on guitar, Fingeroo on bass, and Scotty Bravo on drums. They're currently in the middle of recording a new release.

Together, they blaze through high octane surf-rock originals and covers, serving revved-up riffs delivered with gusto. You’ll find the soul of surf music legends like Link Wray and The Ventures an inherent part of Surfside songs, but they aim to have an original take. T-Ray says they are passionate about instrumental music, in general, and love to change the context of songs, which they do with some covers. “One of the coolest things about the band is that we can, and do, surf-ize any tune we can think of," he says. "We’ve played every genre and mutated it to our liking. It’s so much fun. We are doing a Tchaikovsky number soon for a gig, and we’ve played everything from Britney Spears to The Beatles. It all ends up sounding like us."

He also notes that sometimes audiences are a challenge for instrumental bands; sometimes after they’ve played a song or two, people wonder when they’re “really” going to start, but eventually adjust to the wordless sounds. 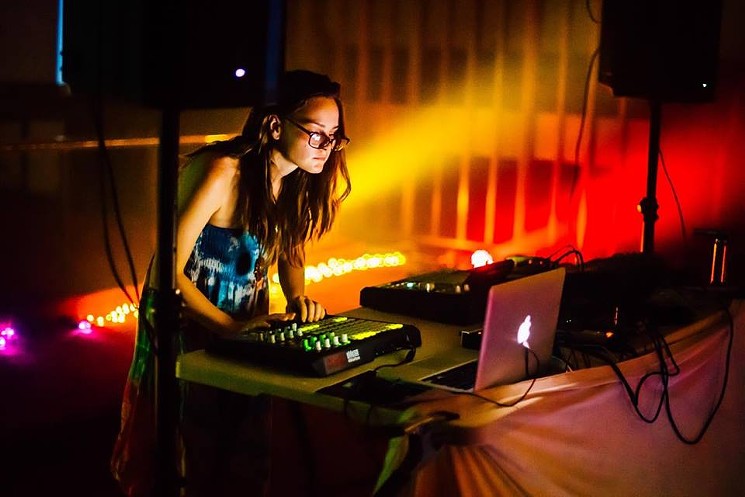 E Alo wants to “touch people’s souls and warm their hearts.”
Ray Squared Productions
E Alo
For electronic musician E Alo (otherwise known as Erica Aloian), it’s all about beauty. She says that through her original and heavily melodic instrumental pieces, she wants to “touch people’s souls and warm their hearts.” That’s easy to hear in her compositions. Her songs are threaded end to end with melodies that generally offer a sweet and lulling tone. That’s not to say that her pieces have a totally linear vibe. She commands that laptop with focus, and layers in rhythms that take you on little side trips as you work your way through each piece. Everything sounds intentional and meaningful, with a mastery of control that allows you to dwell in the minimal moments waiting to see what happens next. 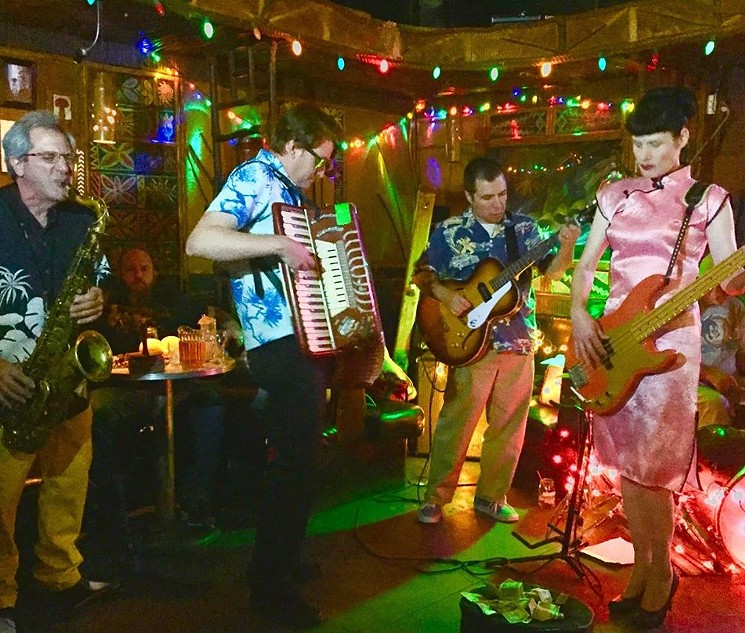 Moonlight Magic rocks the Bikini Lounge
Jeremie Bacpac Franko
Moonlight Magic
This ensemble of seasoned local musicians is a great band to get woozy to. Or, maybe they’re the ones causing those woozy sways with breezy original tunes. Their sounds keep you moving; their infectious blend of exotica, lounge, and surf-y sounds are breezy and hypnotic. The band consists of Ruth Wilson on bass, Eddy Detroit on drums and percussion, Andrew Jemsek on organ and accordion, and Jamie Paul Lamb on guitar. Each has a lengthy resume of musical projects.

With a collective wardrobe any respectable lounge lizard would envy, this band doesn’t stick to playing in traditional venues. They’ll cram into the packed downtown tiki bar Bikini Lounge to play right in the middle of the party crowd. Another awesome way to catch them is atop the Clarendon Hotel, performing at the venue’s rooftop bar with the wind carrying their sounds into the infinite view.