Boris are scheduled to perform on Friday, August 19, at Crescent Ballroom. Yoshihiro Mori
Heshers of the Valley, get ready to rock. Metal bands will invade concert venues around the metro Phoenix area this weekend, each offering different variations on the multifaceted genre.

If you prefer a live music experience not involving an assault on your eardrums, Mexican-American rapper OhGeesy and pop-rockers OneRepublic are also scheduled to perform in the Valley this weekend.

Read on for more details about each show or click over to Phoenix New Times' concert calendar for more live music around town from Friday, August 19, to Sunday, August 21.

Friday, August 19
Yucca Tap Room, 29 West Southern Avenue, Tempe
Unlike the mythical cryptid referenced in their band name, you won’t have to hunt through the wilderness to encounter Telekinetic Yeti; just head for Tempe’s Yucca Tap Room and listen for the avalanche of thunderous, distorted riffs and cacophonous percussion making up the stoner-metal duo’s music. Consisting of vocalist/guitarist Alex Baumann and drummer Anthony Dreyer, Telekinetic Yeti have pummeled listeners with their raw-sounding pastiche of elements from the sludge and doom subgenres of metal, as well as a heaping helping of psych-rock. The result is a Sasquatch-sized sound that the band has described as “sonic brutality." Hopefully, the PA system at the Yucca Tap can handle it. With White Hills, Grail, and Jupiter Cyclops; 7 p.m., $15 via seetickets.us. Benjamin Leatherman 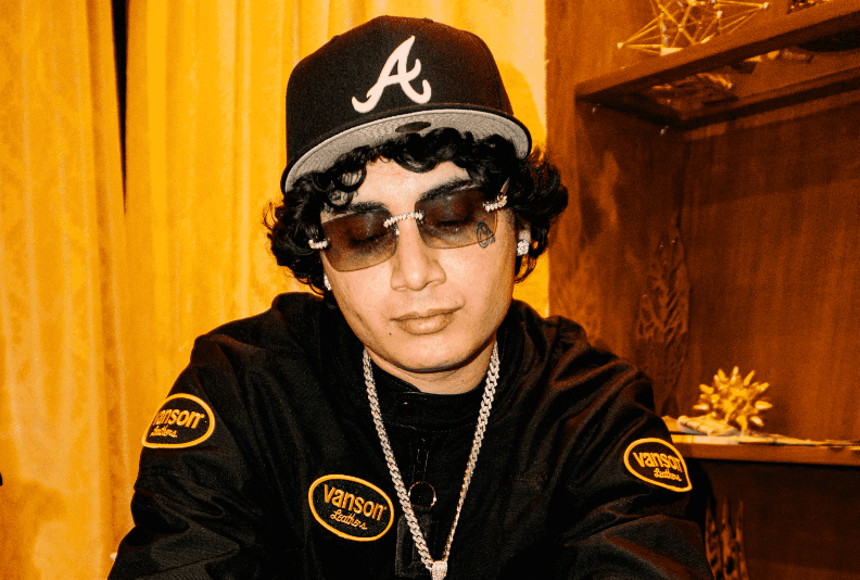 Friday, August 19
The Van Buren, 401 West Van Buren Street
OhGeesy's old group Shoreline Mafia may have broken up, but the soft-spoken rapper is still eating good. The Mexican-American artist brags about chowin’ down at Ruth's Chris Steak House before a night of wanton womanizing and loving money “literally” (OhGeesy: not afraid of paper cuts!) on “Appetizer,” one of several hard tracks off his 2021 album GEEZYWORLD. Like most rappers, OhGeesy isn’t lacking in the braggadocio department, but what makes his particular brand of narcissism compelling is how understated it is. He sounds positively sleepy even when he’s rapping over the ominous throbbing beats of “Up.” Boasting on wax about his arsenal of weapons, his mountainous stacks of cash, and his oft-stated ability to break hearts like Bruce Lee taking on 50 stuntmen one by one, no man alive is about to catch OhGeesy slippin’. With DJ Vision and Young Hawaii Slim; 8 p.m., $35 via ticketweb.com. Ashley Naftule

Friday, August 19
The Rhythm Room, 1019 East Indian School Road
It’s no surprise that Metalachi are beloved by both Billy Idol and Avenged Sevenfold’s M. Shadows. Hailing from Los Angeles, the band's members started out as classically trained mariachi musicians. They're now the world’s first, and so far only, heavy metal mariachi band. They combine the humor of Steel Panther, the flamboyancy of GWAR, and the eclectic rawness of Rob Zombie. There’s also a little dose of Spinal Tap and a hit of Cheech & Chong. The music is classic metal covers from artists like Metallica fused with classic mariachi in the vein of Vicente Fernandez and Mariachi Vargas de Tecalitlan. Their setlist is punctuated by comedic interludes and skits. Their most recent full-length album, 2018’s Tres, features covers of songs by Journey, Judas Priest, Twisted Sister, and Queen. Metalachi do an impressive job at hitting all the right notes. With Las Calakas; 8 p.m., $20 via seetickets.us. Lauren Wise

Friday, August 19
Crescent Ballroom, 308 North Second Avenue
Japanese experimental rock/heavy metal trio Boris took their name from a Melvins song. That tip of the hat tells you right away what kind of band they are: one that’s eager to follow in the eardrum-puncturing footsteps of King Buzzo and Dale Crover. But the current trio of Wata (guitar/keyboards), Takeshi (guitar/bass), and Atsuo (drummer) are no tribute act. They’re one of Japan’s most versatile and adventurous hard rock groups and are also insanely prolific. Boris have recorded 29 studio albums (sometimes dropping two or three records a year), as well as 15 collaborative albums with other groups and musicians, including Merzbow, Keiji Haino, and Sunn O))). It’s a work ethic that few bands can come close to matching. The through line connecting all those records is sheer volume. Even when Boris are trying to be quiet, they can still deafen. And on the band’s recent release, Heavy Rocks, they demonstrate that after 30 years of rocking, their music can still make people beg for earplugs. With The Body; 8 p.m., $25 via seetickets.us. Ashley Naftule

Sunday, August 21
Ak-Chin Pavilion, 2121 North 83rd Avenue
OneRepublic have scored multiple hits over the years, dominating the airwaves with their inoffensive melodies and are-they-or-aren't-they-Christian-rock inspirational lyrics. Listening to the saccharine balladeering of "Apologize," a song so limp that not even the studio magic of Timbaland can stir it to life, one can't help but wonder: If this is what the people want, maybe the people are wrong. How can one truly hold fellowship with our fellow man when they put "Counting Stars" on their playlists? Fronted by singer Ryan Tedder, the Colorado Springs band makes music that has the plasticine personality and sexlessness of a Ken doll. Their songs are pure 21st-century MOR pop-rock: smothered in studio polish, Tedder's voice quavering with watery blue-eyed soul, the occasional acoustic instrument or electronic beat thrown in as a spice to appeal to listeners whose palates favor country or hip-hop. Their songs live up to their name: OneRepublic makes music for all people, which means they make music for no one. With Needtobreathe; 7 p.m., $30.50-$155.50 via livenation.com. Ashley Naftule 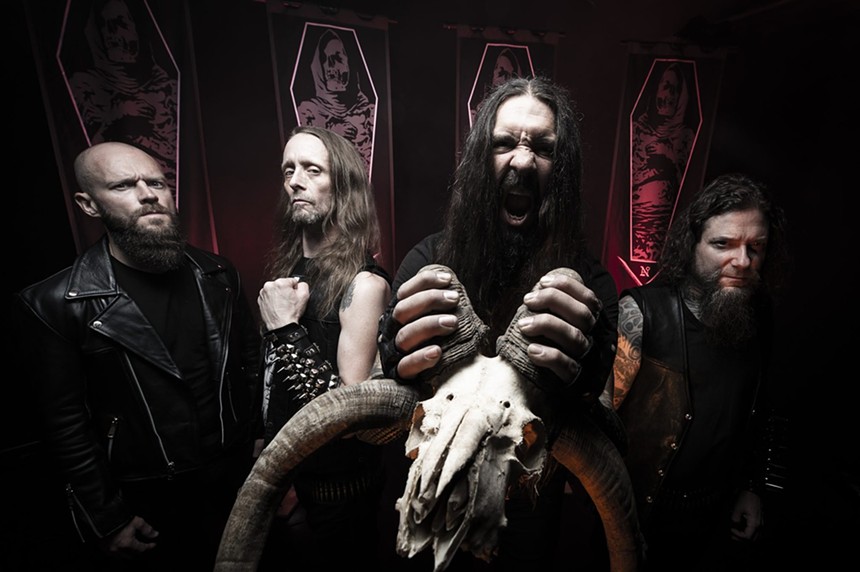 Sunday, August 21
The Nile Theater, 105 West Main Street, Mesa
New Orleans-based extreme metal band Goatwhore, best known for their punishing guitar work and relentless touring schedule, will have quite the arsenal to play from their extensive catalog when they hit the Nile in Mesa this weekend. Since their debut in 1997, Goatwhore has put out eight studio albums, including such super-heavy records as 2012’s Blood for the Master and 2014’s Constricting the Rage of the Merciless. You’re guaranteed to hear songs from their newest release, Angels Hung From the Arches of Heaven, which has been described as a “blend of death, black, thrash, and sludge metal delivered with breathless intensity.” In other words, better bring some earplugs to the show, which will feature opening sets by Incantation, Bewitcher, Carpet Bomb, and Kthulhu. 6 p.m., $20 via seetickets.us. Benjamin Leatherman
KEEP PHOENIX NEW TIMES FREE... Since we started Phoenix New Times, it has been defined as the free, independent voice of Phoenix, and we'd like to keep it that way. With local media under siege, it's more important than ever for us to rally support behind funding our local journalism. You can help by participating in our "I Support" program, allowing us to keep offering readers access to our incisive coverage of local news, food and culture with no paywalls.
Make a one-time donation today for as little as $1.