Dua Lipa is scheduled to perform on Sunday, March 20, at Footprint Center. Hugo Comte
If you’re looking for things to do this weekend while enjoying the current spate of great weather, you’re options include attending one of the outdoor concerts happening from Friday, March 18, to Sunday, March 20. There’s the NOFX-endorsed Punk in Drublic, which will take place on Saturday, March 19, at Bell Bank Park in Mesa, as well as the annual Chandler Chamber Ostrich Festival at Tumbleweed Park, which runs all weekend.

Read on for more details about each gig or click over to Phoenix New Times’ online concert calendar for more live music happening this weekend. 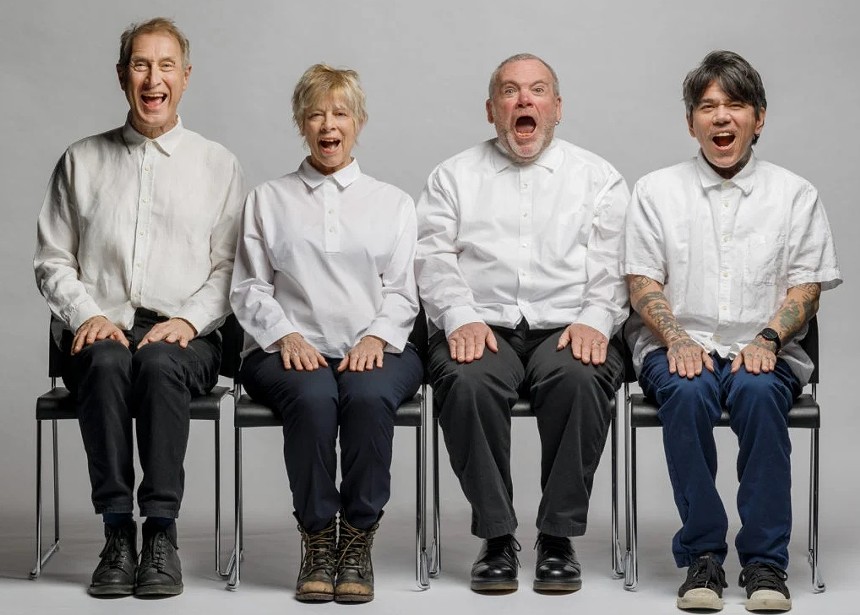 Post-punk since the '90s has been largely shaped by the music of two bands: Joy Division and Gang of Four. The furious energy, disciplined songwriting, and angular guitar work of Gang of Four are clear and direct influences on the likes of the Faint, the Rapture, and every band that has been identified as “dance-punk.” From its 1979 full-length debut Entertainment! through its most recent album, 2019's Happy Now, Gang of Four have produced an ever-evolving series of records that take aim at social ills and personal dilemmas with great humor and insight into bigger-picture issues.

There’s nothing dour or downbeat about most Gang of Four songs. Rather, the group sounds celebratory and even triumphant in its social critique. As a live band, they’ve delivered a fascinating and powerful set of contrasts: angular yet explosive guitar work, guitarist Andy Gill's stoic demeanor, and the various singers' expressive stage presence, thoughtfulness of tone informed by sublimated disappointment and rage. Those feelings of frustration with society have continued through today. Hear it for yourself when Gang of Four comes to Last Exit Live, 717 South Central Avenue, on Friday, March 18. Tickets for the 8:30 p.m. concert are $25 in advance, $27 at the door. Tom Murphy 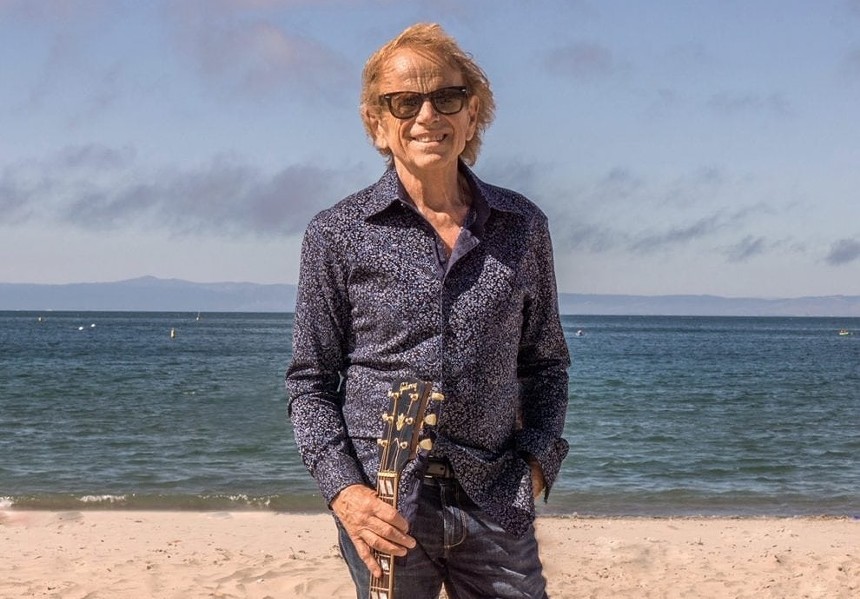 Al Jardine at Higley Center for the Arts

Al Jardine played stand-up bass on the very first Beach Boys single, "Surfin'." Since then, he's been an integral part of the band's sonic makeup, playing guitar and navigating complexities not often associated with The Beach Boys: environmental concerns ("Don't Go Near the Water," written with Mike Love), transcendence ("All This Is That"), and spoken-word prose (Jardine read Robinson Jeffers' poem "The Breaks of Eagles" as part of the band's stunning "California Saga" from Holland). Though he left the touring version of the 'Boys in the '90s, Jardine settled a lawsuit with Mike Love and contributed to the 2012 album That's Why God Made the Radio with all surviving original members. He’s also toured and performed with various incarnations of The Beach Boys over the last several years. He’ll make a stop at Higley Center for the Arts, 4132 East Pecos Road in Gilbert, on Friday, March 18, for a solo performance, which starts at 7 p.m. Tickets are $49.50 to $75. Jason P. Woodbury

Henry Saint Clair Fredericks, better known by his stage name, Taj Mahal, is less a traditional blues artist and more a cross-cultural musicologist who just happens to play some damn fine blues guitar. Over the course of four decades, Mahal has perfected his unique melding of blues, reggae, Cajun, gospel, African, and Caribbean musical traditions. After starting his career with Ry Cooder in the shamefully neglected Rising Sons, Taj Mahal has released a significant body of work that, while not on the same level as more celebrated players (say Hendrix or Vaughan), has quietly worked its way into the varied fabric of American music. Mahal's most renowned efforts came in the late '60s with Natch'l Blues and the classic Giant Step, yet he continues to make music of a distinctive character and flavor. At 79, Mahal's spirit continues to roam, unencumbered by limiting ideas like borders, languages, or musical classifications. This weekend, his travels bring him to the Musical Instrument Museum, 4725 East Mayo Boulevard, for a three-night stint from Friday, March 18, to Sunday, March 20. Performances start at 7 p.m. each evening and tickets are $74.50 to $95.50. Darryl Smyers

If you missed out on the first weekend of the Chandler Chamber Ostrich Festival, don’t feel like too big of a birdbrain. The annual outdoor event is returning for a second weekend, which runs from Friday, March 18, to Sunday, March 20, at Tumbleweed Park, 745 East Germann Road in Chandler. All of the activities and amenities from the first weekend will carry over, ranging from the ostriches and carnival rides to the nightly concerts headlined by big-name artists. The lineup includes sets by The Beach Boys at 9:30 p.m. on Friday; Nelly at 9:45 p.m. on Saturday, March 19; and The Temptations and The Four Tops at 8:15 p.m. on Sunday. Local bands and musicians will also perform throughout each day. Tickets are $15 each day. See the festival website for a full schedule. Benjamin Leatherman 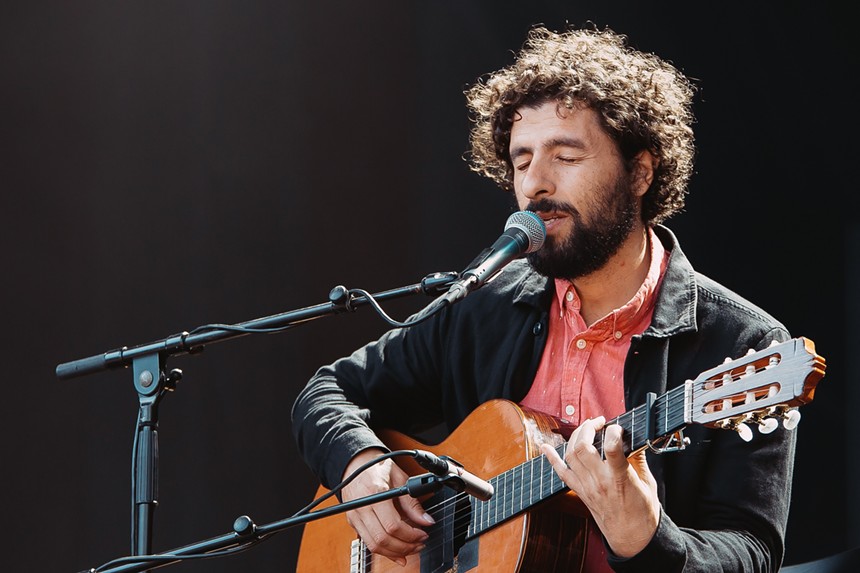 Swedish singer-songwriter José González is best known for his covers. After releasing his stripped-down version of “Heartbeats” (originally performed by fellow Swedish group The Knife), González’s 2003 solo debut, Veneer, became an instant classic in his native country. His music quickly made its way across the Atlantic after his first U.S. release in 2005, and TV shows and movies that featured González’s music further urged on this popularity. Since then, he’s gone on to make impressive acoustic renditions of tracks by Joy Division, Massive Attack, and Bruce Springsteen under the banner of folk-rock group Junip. In 2015, his third studio album, Vestiges & Claws, moved away from the minimalism of his earlier work, a change well received by fans and critics. His most recent release. 2021’s Local Valley, was well-received by both fans and critics alike. González is scheduled to perform at 8 p.m. on Saturday, March 19, at Orpheum Theatre, 203 West Adams Street. Hearing his haunting vocals bouncing off the walls of the historic venue and into your ears no matter whose song he’s singing, is sure to be a treat. Tickets are $36.50 to $46.50. Nicholas Bostick Blues Blast 2022 at The Rhythm Room

This annual festival put on by the Phoenix Blues Society since the ‘90s has endured a number of speed bumps in recent years. Back in 2020, it was renamed the Blues, Brews, and BBQ Festival before ultimately being canceled because of the pandemic. (Organizers also wound up scrapping last year’s edition for the same reasons.) After a two-year hiatus, the festival will make its return on Saturday, March 19, under its longtime moniker of Blues Blast and will fill the air at the Rhythm Room, 1019 East Indian School Road, with down-home sounds from a full slate of local and touring artists. Headliners will include Mississippi-born blues guitar and singer Zac Harmon​​​​​​​ and Kansas City singer-songwriter Amanda Fish while the rest of the lineup will feature such local performers as CROS and Leon J. The festival starts at 10 a.m. and tickets are $20 in advance and $25 on the day of the event. Benjamin Leatherman 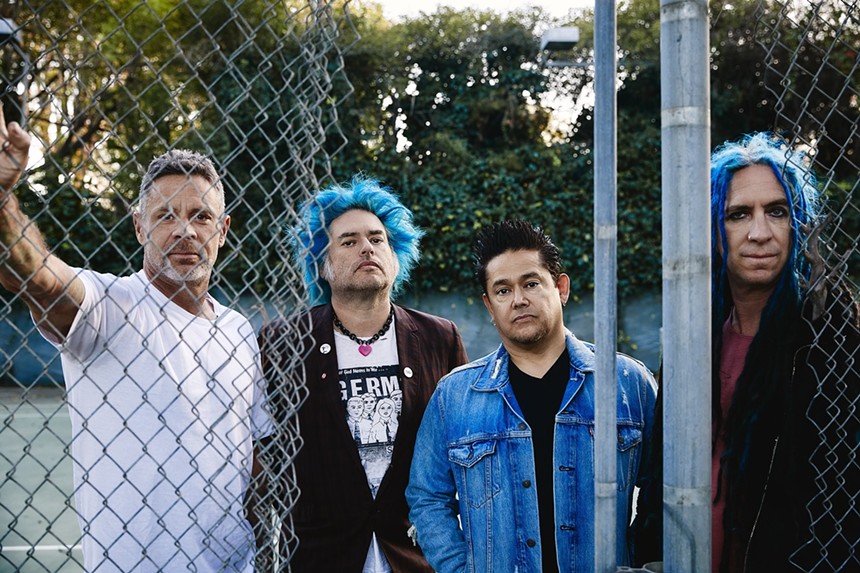 NOFX will be headlining the Punk In Drublic Craft Beer and Music Festival on March 19 in Mesa.
Jonathan Weiner

Attention those in ownership of NOFX stickers, patches, ratty T-shirts, and beat-up CDs: The Punk in Drublic Craft Beer and Music Festival returns to the Valley on Saturday, March 19. Headlined by NOFX and co-founded by frontman, Fat Wreck Chords founder, and DIY icon Fat Mike, the 21-and-over outdoor event will take place at Mesa’s Scarizona Scaregrounds, 1901 North Alma School Road. The lineup also includes sets by Me First and the Gimme Gimmes, Bouncing Souls, Lagwagon, The Last Gang, Authority Zero, and The Venomous Pinks. The point of the festival – other than to check out rad bands and see who’s still rocking an egg-white Mohawk – is to try the Stone Brewing and NOFX Punk in Drublic Hoppy Lager and other craft brews (your ticket gets you unlimited beer tastings from noon to 3 p.m.). The festival goes until 9 p.m. General admission tickets are $45 to $65 and VIP is $99 to $125. Lauren Cusimano In the four years since Dua Lipa last performed in Phoenix, the British pop star's career has skyrocketed beyond even the wildest expectations. She's been everywhere — from British Vogue covers to the Grammys stage to the Versace runway — and for good reason: Future Nostalgia, the 2020 follow-up to her 2017's self-titled debut dominated charts and swept awards. With inspirations ranging from Europop and 2000s dance to funk and disco, the album proved an instant classic, expertly toeing the line between influence and innovation, all while remaining endlessly listenable. Released shortly after pandemic lockdowns began, her sophomore effort was critically acclaimed and soon became a hit, reaching certified platinum status in the U.S. by March 2021 — a feat no doubt aided by the public's pandemic- and lockdown-induced thirst for something upbeat and danceable. Lipa stops at Footprint Center, 201 East Jefferson Street, on Sunday, March 20, with rapper Megan Thee Stallion and the witchy Caroline Polachek as opening acts. Tickets for the 7:30 p.m. concert start at $64.50. Sofia Andrade
KEEP PHOENIX NEW TIMES FREE... Since we started Phoenix New Times, it has been defined as the free, independent voice of Phoenix, and we'd like to keep it that way. With local media under siege, it's more important than ever for us to rally support behind funding our local journalism. You can help by participating in our "I Support" program, allowing us to keep offering readers access to our incisive coverage of local news, food and culture with no paywalls.
Make a one-time donation today for as little as $1.