Alicia Keys is scheduled to perform on Saturday, September 10, at Arizona Financial Theatre. RCA Records
Hope your bank accounts are particularly robust these days, as you’ll need to drop some serious dime if you hope to attend any of this weekend’s biggest concerts in metro Phoenix.

High-profile shows by hip-hop artist Kendrick Lamar, R&B/soul/pop singer Alicia Keys, and parody song king “Weird Al” Yankovic at local venues are each officially sold out. But, as is sadly the norm these days, that means tickets have been grabbed up and marked up by resellers like StubHub and SeatGeek.

Bottom line: If you want to hear “Humble,” “Empire State of Mind,” or “Dare to Be Stupid” performed live this weekend, expect to pay an exorbitant sum.

The good news is there are other live music events happening from Friday, September 9, to Sunday, September 11, that won’t require you to spend a king’s ransom to attend, including gigs by ska-punk icons Mustard Plug and grindcore act Captured! By Robots.

More details are below, and you can also click over to Phoenix New Times’ online concert listings for more options. 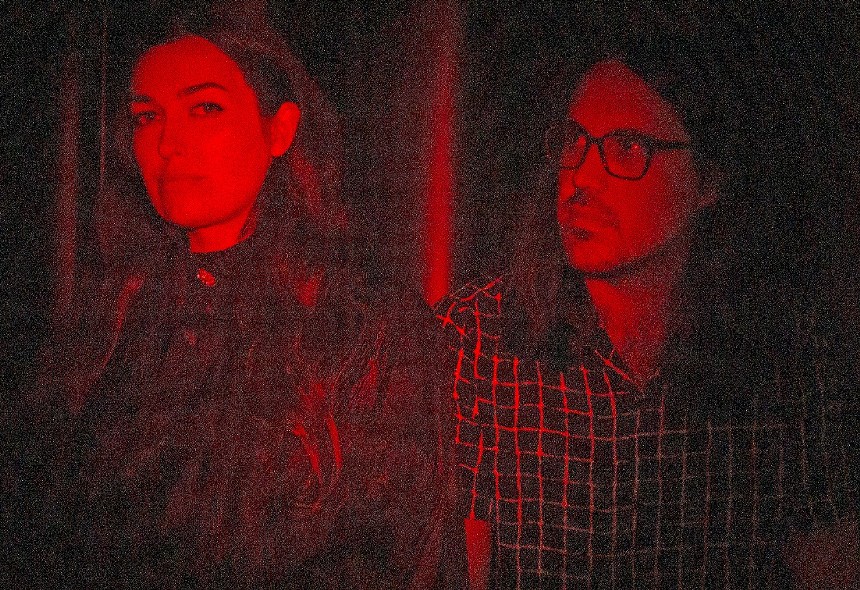 Friday, September 9
Crescent Ballroom, 308 North Second Avenue
You’d think a band called Cults with a band member named Oblivion would sound super-dark, but don’t let the Jim Jones’ Peoples Temple footage in their music videos fool you: Cults are softies. The band formed in 2010 while guitarist Brian Oblivion and singer Madeline Follin were students in New York City. Indie rock success came quickly for them: Their 2011 self-titled debut, anchored by hits like "Go Outside" and "Abducted," made a big splash when it came out. Their music sounded both childish and psychedelic, thanks to Follin’s keening little girl voice and Oblivion's swirling guitars and keyboards. At times, they tap into a similar druggy hipster sweet spot that Tame Impala mined exhaustively in the 2010s. “Always Forever,” off 2013’s Static, sounds like a gender-bent outtake from Lonerism (in a good way). Since their last album, 2020's Host, they have released a string of non-album singles — like 2022's "Poodles Dancing" — that push them into more electronic textures and dancey vibes. The next Cults meeting is sure to be a blast; just play it safe and don’t drink the Kool-Aid. With Mazmorra Brillante; 9 p.m., tickets are available on the secondary market. Ashley Naftule 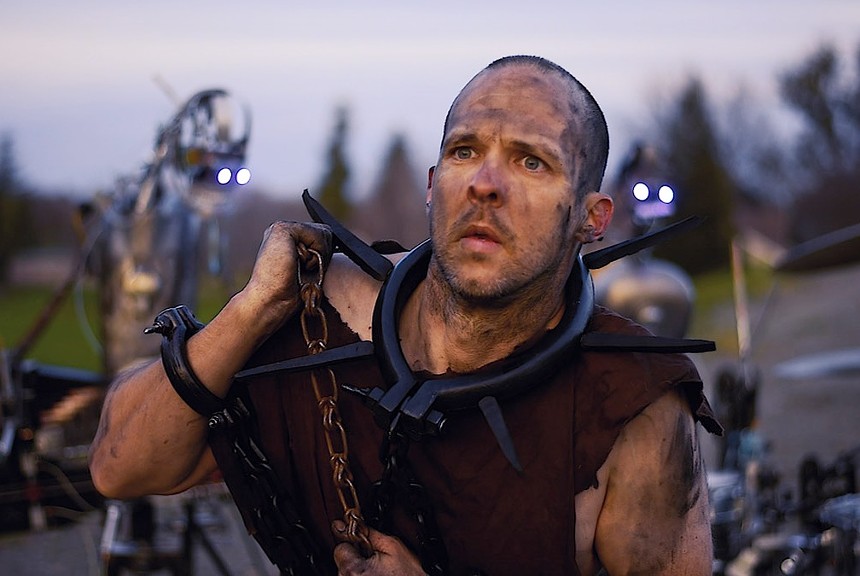 Friday, September 9
Yucca Tap Room, 29 West Southern Avenue, Tempe
Hate to break it to you, fellow carbon-based lifeforms, but we’re slowly but inexorably being replaced by automatons. That creeping sense of existential dread you get reading articles about robot waiters or watching videos of ’bots awkwardly walking is completely justified, considering it’s a harbinger of our impending obsolescence as machines learn to do our jobs better than we can. Heck, the demonic droids of Captured! By Robots already have proven they can rock harder than any human. The grindcore act, which features audio automatons GTRBOT666 and DRMBOT0110, creates efficiently terrorizing and viciously unrelenting thrash rock featuring the torturous screams of their human slave/creator JBOT (a.k.a. musician Jay Vance) singing about mankind’s folly. Witness the robot revolution unfold onstage. With Robocophole; 7 p.m., $14 via seetickets.us. Benjamin Leatherman
click to enlarge

Saturday, September 10
Arizona Financial Theatre, 400 West Washington Street
A songwriting prodigy from an early age, the multitalented R&B/soul/pop artist has been topping the charts for years with her one-of-a-kind voice and emotive lyrics. She plays our heartstrings as deftly as she plays the piano. It's crazy to think how long Keys has been in the game; her iconic debut, Songs in A Minor, turned 20 last year. But she’s been gearing up for a diva’s life since childhood. A classically trained pianist, Keys landed a major label record deal before she was old enough to legally drive. Her first hit “Fallin’” was as inescapable and omnipresent as gravity when it dropped. Since then, she’s collaborated with Jay-Z and Usher, won 15 Grammys, started a makeup line, and has done so much activism work outside of music that she’s been recognized as an Ambassador of Conscience by Amnesty International. Not bad for her first two decades in the limelight. With Pink Sweat$; 8 p.m., tickets are available on the secondary market. Ashley Naftule

Skank your ass off at this weekend's Mustard Plug gig in Mesa.
Mustard Plug

Saturday, September 10
The Nile Theater, 105 West Main Street, Mesa
Not many bands have attained popularity and commercial success outside the mainstream music industry box the way that Mustard Plug have managed to do. While they can't claim to be the most famous ska-punk band in existence, the septet have amassed a sizable cult following, as well as radio-friendly songs and music videos like "You" and "Everything Girl." After forming in 1991, then releasing Skapocalypse Now!, a full-length tape on Dashiki Clout, a year later, Mustard Plug put out the popular Evildoers Beware! in 1997 via punk label Hopeless Records. This was the beginning of their zenith, coinciding with the mid-'90s ska craze, which continued until their breakup in 2002. Fortunately, Mustard Plug got back together five years later and have since dropped more records, including 2007’s In Black and White and 2014’s Can't Contain It. Now, 20 years after their breakup, Mustard Plug are still kicking out ska and have come back around to their older, poppier rhythms while still developing a new sound. With Buck-O-Nine, Omnigone, and Torn at the Seam; 7:30 p.m., $18 via purplepass.com. Garyn Klasek

Saturday, September 10
Footprint Center, 201 East Jefferson Street
It takes a whole lot of nerve to crown yourself a king of anything, but nobody is better equipped to sit on the Iron Throne of rap than King Kendrick. In an age of playlists masquerading as albums, he still believes in cutting records. Since his 2012 breakthrough good kid, m.A.A.d city (that rarest of beasts: a narratively compelling and consistent concept album), Kendrick Lamar has been rap’s most dependable wordsmith. Every Lamar album has been an event; even 2016's odds-and-ends B-sides collection Untitled Unmastered felt like a big deal. Poetic and provocative, literate and libidinous, Lamar’s lyrical and vocal mastery has him operating on a different level than most other rappers heard on the radio. Lamar’s latest album, 2022's Mr. Morale & the Big Steppers, isn’t his first misstep — listen to "No Make-Up (Her Vice)" from the 2011 debut LP to hear his first L. But his latest is the first Lamar album to feel a bit too messy. The ambition and lyricism are still there, but some of its themes and political perspectives are tough to digest. It’s the King’s White Album: sprawling, unwieldy, and marbled with fat. But there’s good meat here to chew on, and few artists reward that effort like Kung-Fu Kenny. With Baby Keem and Tanna Leone; 7:30 p.m., tickets are available on the secondary market. Ashley Naftule

"Weird Al" Yankovic will be heading to Chandler on Sunday, September 11.
Chandler Center for the Arts

Sunday, September 11
Chandler Center for the Arts, 250 North Arizona Avenue
Legendary parody artist "Weird Al" Yankovic is back in the limelight these days. The tongue-in-cheek fake biopic Weird: The Al Yankovic Story (starring Daniel Radcliffe as a fictionalized version of the musician) premieres November 4 on The Roku Channel. And he’s currently staging a second version of his Ridiculously Self-Indulgent, Ill-Advised Vanity Tour. Like the first time around in 2018, the tour features Yankovic eschewing his usual shtick, biggest hits, and stage production for a more stripped-down and intimate performance of older material and “style parodies,” which mimic the musical style of certain genres and artists. (To wit: “Dare to Be Stupid” riffs on the synth-pop and electronic rock of Devo while “Albuquerque” pays tribute to the alt-rock/cowpunk sound of The Rugburns.) If you’d been able to score tickets to his Chandler Center for the Arts gig this weekend when they originally went on sale in December, then congratulations. If not, you’ll have to fork over at least $80 or more on the secondary market. 7 p.m. Benjamin Leatherman
KEEP PHOENIX NEW TIMES FREE... Since we started Phoenix New Times, it has been defined as the free, independent voice of Phoenix, and we'd like to keep it that way. With local media under siege, it's more important than ever for us to rally support behind funding our local journalism. You can help by participating in our "I Support" program, allowing us to keep offering readers access to our incisive coverage of local news, food and culture with no paywalls.
Make a one-time donation today for as little as $1.
Garyn Klasek
Contact: Garyn Klasek