This week, we're getting shows by such blockbuster bands and notable acts as Foster the People, The Breeders, Unknown Mortal Orchestra, Neurosis, Jay Som, and Reckless Kelly.

Details about each of these gigs can be found below. And for even more live music happening around the Valley this week, hit up Phoenix New Times' online concert calendar.

Ruban Nielson of Unknown Mortal Orchestra.
Neil Krug
Jeremy Pinnell
Monday, July 16
The Rhythm Room
Jeremy Pinnell is a mountain of a man whose style of country carries plenty of emotional heft. On his 2015 critically lauded debut, OH/KY, the Kentucky native lays bare his soul with 10 songs tinged with heartache, longing, and regret, all punctuated with steel guitar twang and traditional country touches.

His sophomore effort, last year's Ties of Blood and Affection, remains just as emotionally honest, albeit with a pivot toward embracing his everyman status and the joys of family, faith, and friendship. And while such themes are a longtime staple of country music, when Pinnell sings of how his wicked heart has found redemption and maybe a place in the hereafter, it seems more heartfelt than hokey.

Judge for yourself when Pinnell performs at the Rhythm Room on Monday night. Jim Bachmann and Ryan David Orr open the show, which starts at 8 p.m. Admission is free, which should leave you enough change to buy some tallboys and kick back for an evening of crooning. Benjamin Leatherman

Legendary singer-songwriter JD Souther.
Jeremy Cowart
Neurosis
Monday, July 16
The Van Buren
Once upon a time, rock 'n' roll was scary. Hell, somewhere right now, some parent is afraid of the picture their son or daughter just put on the wall of their room depicting a singer or band that makes them nervous about the future. Quite possibly, out there in the world right now, there is a band playing that is scaring the heck out of their audience, and for a brief fleeting moment, rock ’n’ roll is even dangerous again.

In the magical time of the 1990s, Oakland, California’s Neurosis were scary and intimidating, and their live shows were often fraught with the impending feel of a bad trip coming on. In fact, to drop acid at a Neurosis show was worthy of some sort of secret Boy Scout badge that only the most badass kids would seek out. When you combined their heavy-as-a-cement mixer punk, death, and hardcore sound with the dark, painful, primal fear-inducing imagery their visual directors (who were really the sixth member of the band) would put together between 1990 and 2012, there was nothing else like it. If you were there, you know, and if you are brave enough to venture out to The Van Buren on July 16, you’ll get a glimpse of what rock ’n’ roll can truly be. Tom Reardon

Melina Duterte, better known as Jay Som.
Courtesy of Polyvinyl
Foster the People
Monday, July 16,
Marquee Theatre in Tempe
the People took the world by surprise in 2011 when the group’s dark, pulsating single “Pumped Up Kicks” was one of the biggest hits of that year. Written from the point of view of a troubled teenager, the seemingly inescapable song was played nonstop on the radio and television commercials. Despite the track’s popularity, the group’s solid follow-up Supermodel failed to make a similar impact.

But history is repeating for the Los Angeles-based quartet in 2018. Just in time to be the song of the summer, the breezy grooves of “Sit Next to Me,” from the band’s soul-influenced third album, Sacred Hearts Club, is making a slow burn up the charts. The single’s subject matter is somewhat lighter than the band’s debut seven years ago, focusing on a couple who are attempting to remain friendly after a painful breakup. Foster the People’s new dance sound has made waves in the hip-hop community as well. The Knocks recently collaborated with the indie group for their track “Ride or Die.” Jason Keil 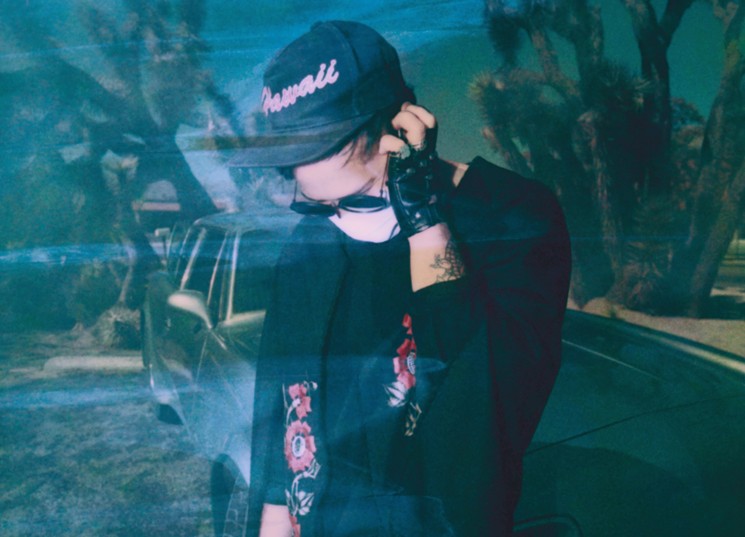 Ruban Nielson of Unknown Mortal Orchestra.
Neil Krug
Jay Som
Tuesday, July 17
Valley Bar
The Valley has been blessed with Jay Som performances lately. Only two months after performing a set at FORM, Melina Duterte, known by the aforementioned moniker, is bringing her , dream pop back in support of her latest album, Everybody Works. Only her second work, the 2017 album shows off Duterte’s penchant for writing impressive, often dejected tracks. And, she does it all herself – she’s the album’s sole credited songwriter, singer, guitarist, bassist, keyboardist, and percussionist, and even adds accordion and trumpet to some songs. Backup vocalists are the only credited individuals to join Duterte on her intimate, auteur-driven project.

Jay Som’s music is often allocated to the “bedroom pop” genre. But there’s a much more analog-driven approach to her songs, in comparison to the likes of bonafide DIY artists like or Rex Orange County. Throughout most of her work, Jay Som has shown the ability to subvert genre expectations and the labels placed on her. It’s diminutive to call her work bedroom because it’s a polyamorous marriage of sounds and influences. Duterte said that Carly Rae Jepsen, Tame Impala, and Ya La Tengo all inspired the work. Only an artist like Jay Som could throw those sounds into a blender and come out with a consistent, self-driven project. Tanner Stechnij

Foster the People are coming to the Valley, pumped-up kicks and all.
Neil Krug
JD Souther
Tuesday, July 17, and Wednesday, July 18
Musical Instrument Museum
Many folks probably only learned about the great songwriter JD Souther because of his stint on the ABC prime-time drama Nashville, which is as unfortunate as his character's name, Watty White. His role as a revered Music Row insider on the hit show is only his second most interesting television appearance of late: In Showtime's documentary The History of The Eagles, Souther's artful contributions are well-detailed, as he's responsible for many of the wildly popular but polarizing California country-rock band's best-known hits.

His work includes the driving "How Long" – the only listenable song on the Eagles' last album, The Road Out of Eden. In the early 1970s, Souther was a part of the Souther-Hillman-Furay Band. Along with his bandmates at the time, Chris Hillman (The Byrds and Flying Burrito Brothers) and Richie Furay (Buffalo Springfield), Souther helped define what is now known as alt-country by mixing sweet harmonies and arrangements that could waltz along or rock about. Indeed, Souther's music is what makes him worth knowing about – not the fact that he's on a show with the cheerleader from Heroes. Kelly Dearmore