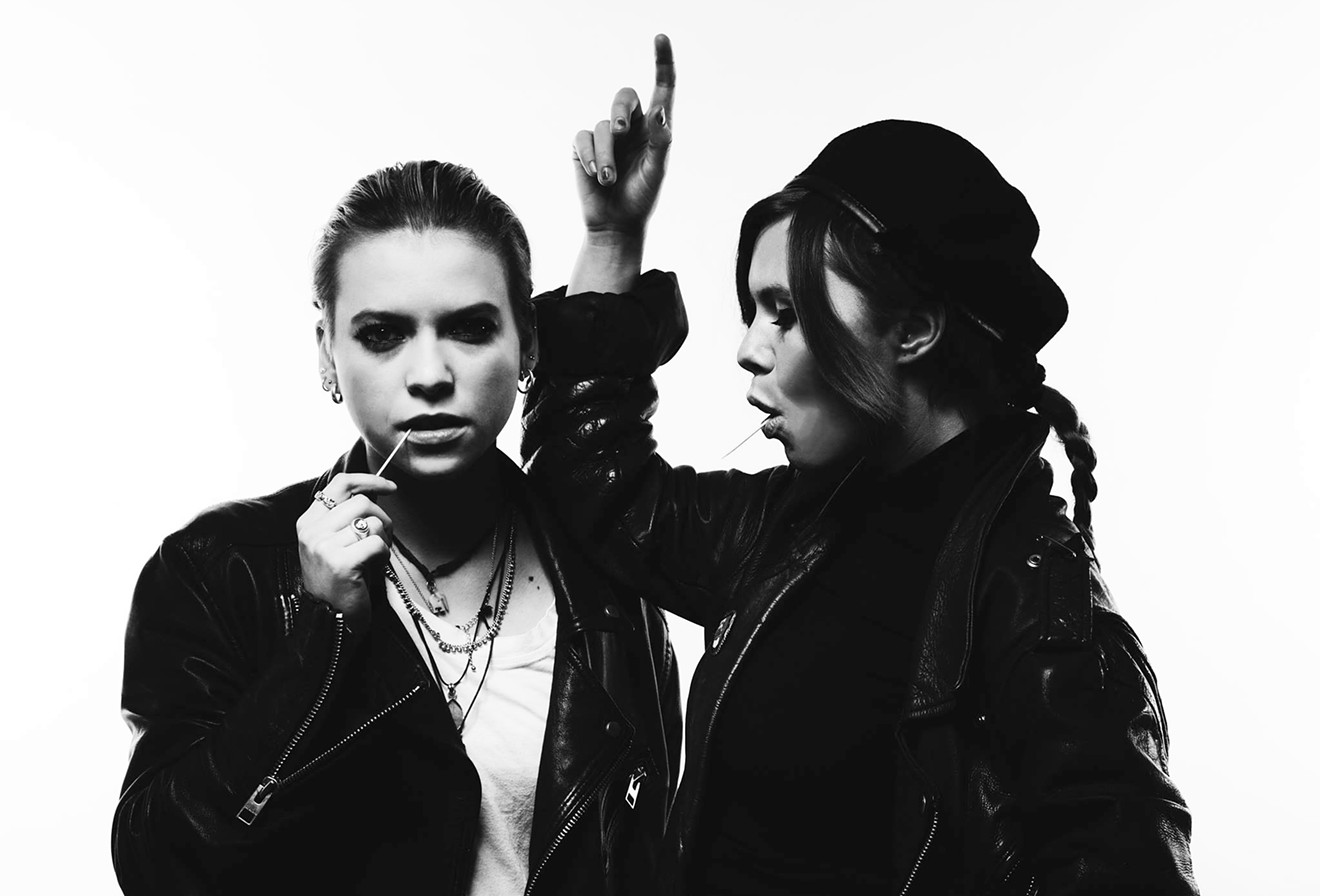 Bones is scheduled to perform on Monday, March 12, at Club Red in Mesa. Courtesy of Red Light Management
Can’t take a week off to party at this year’s South by Southwest? Don’t sweat it. Several bands performing at the influential music festival in Austin, Texas, will come to you.

Acts like The Dead South, SadGirl, and Bones will all pass through the Valley and play shows before continuing on to the Lone Star State.

With that said, there’s more going on in Phoenix’s concert scene this week than just SXSW-bound bands making a pit stop.

To wit: A$AP Ferg will perform a long-awaited show at The Van Buren, blues wunderkind Jason Ricci will be at Rhythm Room, Video Games Live will present its symphonic ode to joysticks, and local band Harrison Fjord will celebrate the release of their debut album.

Details about each of these gigs can be found below in our rundown of the best concerts in the Valley this week. And for even more live music happening around town, check out Phoenix New Times' online concert calendar. 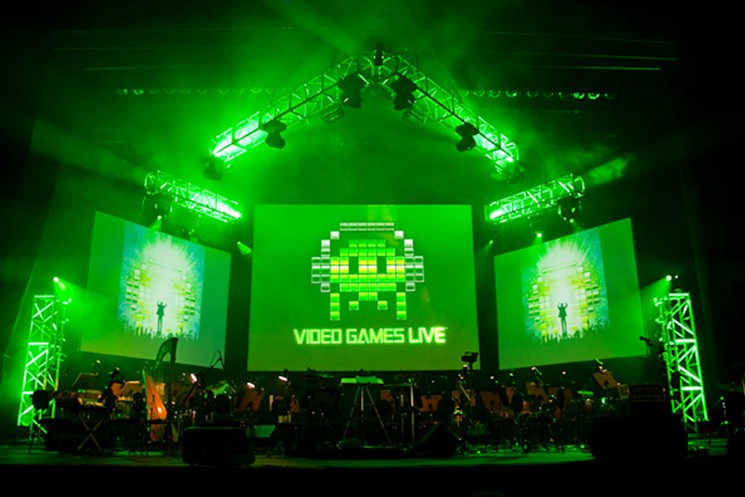 When you look at the playlist for the touring production, it’s easy to see why. Instead of focusing on the music from one game, this family-friendly event has symphonic renditions of everything from Atari 2600 classics to Halo.

Come to Symphony Hall early to participate in the costume contest and play video games against other fans. Level up at 7:30 p.m. on Monday, March 12. Tickets are $24 to $82. Jason Keil 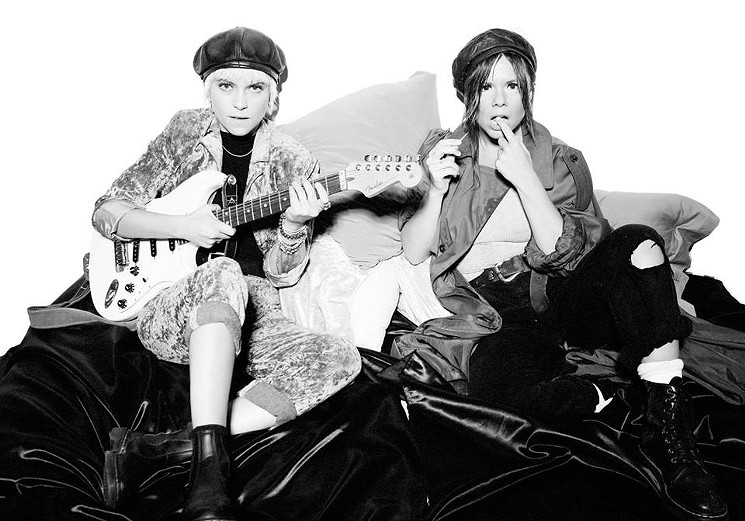 The first thing you should know about Bones is that they aren’t an EDM act. Granted, the female-fronted UK band, which features Rosie Bones on vocals and Carmen Vandenberg on guitar, incorporates a significant amount of electronic elements and production in their industrial-laden hard rock. But overall, Bones is more akin in sound and spirit to bands like Nine Inch Nails and Front 242.

Besides including rivethead-friendly flourishes like heavy percussion and a dark verve, their music is also filled with Vandenberg’s epic six-string work as she wails away, fires off titanic riffs, and even borrows a few tricks from B.B. King in tracks like “Beautiful is Boring,” “Happy,” and the ironically named “Girls Can’t Play Guitar.” Be prepared to throw up some hook’em horns in appreciation of her work when Bones hits Club Red in Mesa. Benjamin Leatherman The members of The Mowgli's.
Courtesy of Paradigm Talent Agency
The Mowgli's
Tuesday, March 13
Valley Bar

The Mowgli's was started by a group of friends who wanted to make music with universal appeal. The act's sound is rooted in the kind of breezy, folk-inflected, psychedelically tinged music from Southern California that dominated the '60s and '70s, and its outlook is imbued with a positive spirit that matches the summery pop confections

Over the last six years, The Mowgli's have released four studio albums, including their most recent effort, Where'd Your Weekend Go? They’re still touring in support of the 11-track album and will swing through Valley Bar on Tuesday. Mainland will open. Tom Murphy 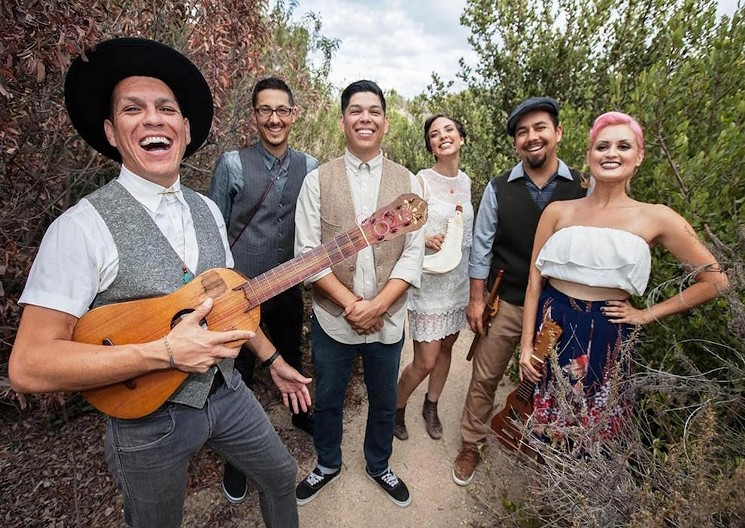 Las Cafeteras stir up a swirling, mesmerizing sound with just their voices and such traditional acoustic instruments as jarana jarocha, marimbula and requinto jarocho. Singers Daniel French and Denise Carlos and requinto jarocho stylist David Flores weave together circular riffs on their guitar-like axes and nearly all the members do zapateado, a percussive style of dance.

On their 2012 album, It’s Time, the East L.A. septet segue easily from uptempo, foot-stomping tracks like “La Bamba Rebelde” and “El Zapateado” to such romantic ballads as “Luna Lovers,” in which Leah Gallegos and French exchange verses with gently lilting melodies. Although the group is deeply rooted in traditional folk styles like son jarocho, Yukicito’s remix of “Mujer Soy” demonstrates how seamlessly their acoustic-based music can insinuate itself within electronic sounds.

Las Cafeteras will pay a visit to the Valley along with all-female mariachi ensemble Flor de Toloache for a free outdoor show at the Mesa Arts Center’s Alliance Pavilion stage as a part of the Globalfest on the Road tour. Falling James When The Contortionist released their first full-length record, Exoplanet, in 2010, they were one of the most exciting things to come out in the realm of progressive metal for a long time. Where the genre so easily verged into tired clichés or overused tropes, as in the later releases of bands like Dream Theater and Between the Buried and Me, The Contortionist had the right mix of heavy-ass death metal and progressive tendencies.

The band is still alive and kicking these days and have withstood a few lineup changes, including the departure of vocalists Jonathan Carpenter and Jake Morris. They’ve been pretty productive over the last decade, putting out four studio album (including last year’s Clairvoyant) and touring constantly. This week, The Contortionist will be at Club Red in Mesa for a midweek show with support from Silent Planet, Skyharbor and Strawberry Girls. Corey Deiterman