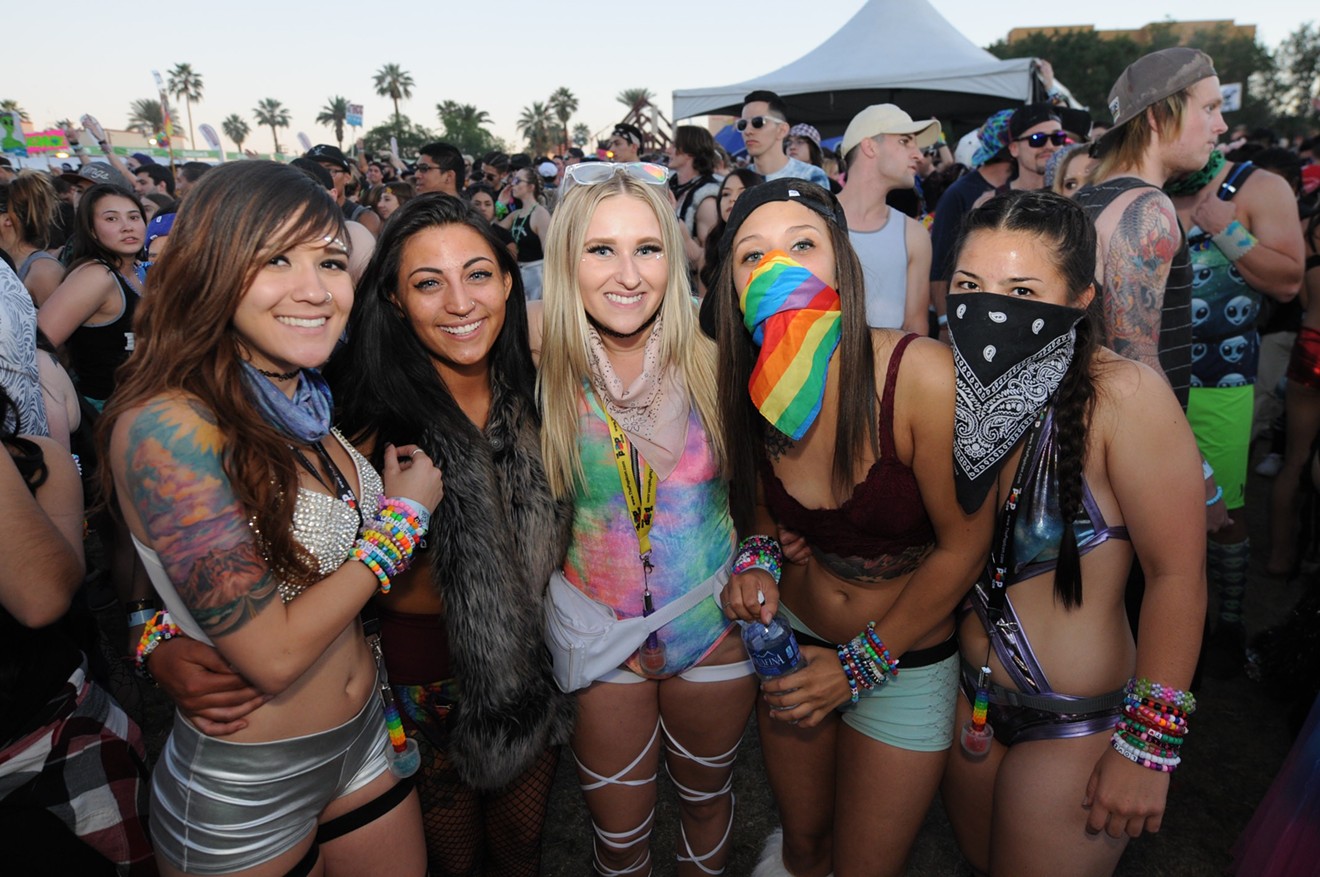 Promoters of this weekend’s two-day electronic dance music event have announced that it’s moving from Margaret T. Hance Park in downtown Phoenix to Rawhide Event Center in Chandler due to “circumstances outside of the festival’s control.”

Don’t worry, pretty much everything else about the event – which is still taking place on Saturday, April 8, and Sunday, April 9 – will remain the same, including its schedule, set times, and lineup of more than 50 different DJs and producers.

So what’s with the last-second venue change?

According to a press release sent out on Thursday, the festival’s promoter, Relentless Beats, reportedly “experienced logistical hurdles” with Hance Park that “[made] a build out at the location unfeasible.”

The exact nature of those hurdles was not specified and Relentless Beats did not elaborate on the matter. Hance Park previously was the site of the 2015 edition of Phoenix Lights, which was attended by several thousand local EDM fans, but was apparently unable to serve the same role this year.

Rawhide has been home to numerous Relentless Beats-promoted EDM extravaganzas in recent years, including the annual Decadence and Crush events. The venue also hosted Luckyman’s Pot of Gold music festival the past couple of years.

In light of the venue change, Relentless Beats has announced it will offer free shuttle service between Hance Park and Rawhide throughout Saturday and Sunday to accommodate any Phoenix Lights attendees who had hotel reservations in downtown Phoenix. Pickups will be made at First and Moreland streets starting at 11:30 a.m. each day.

Parking at Rawhide will also be free for Phoenix Lights attendees.