Here's the Lineup for Phoenix Lights 2018 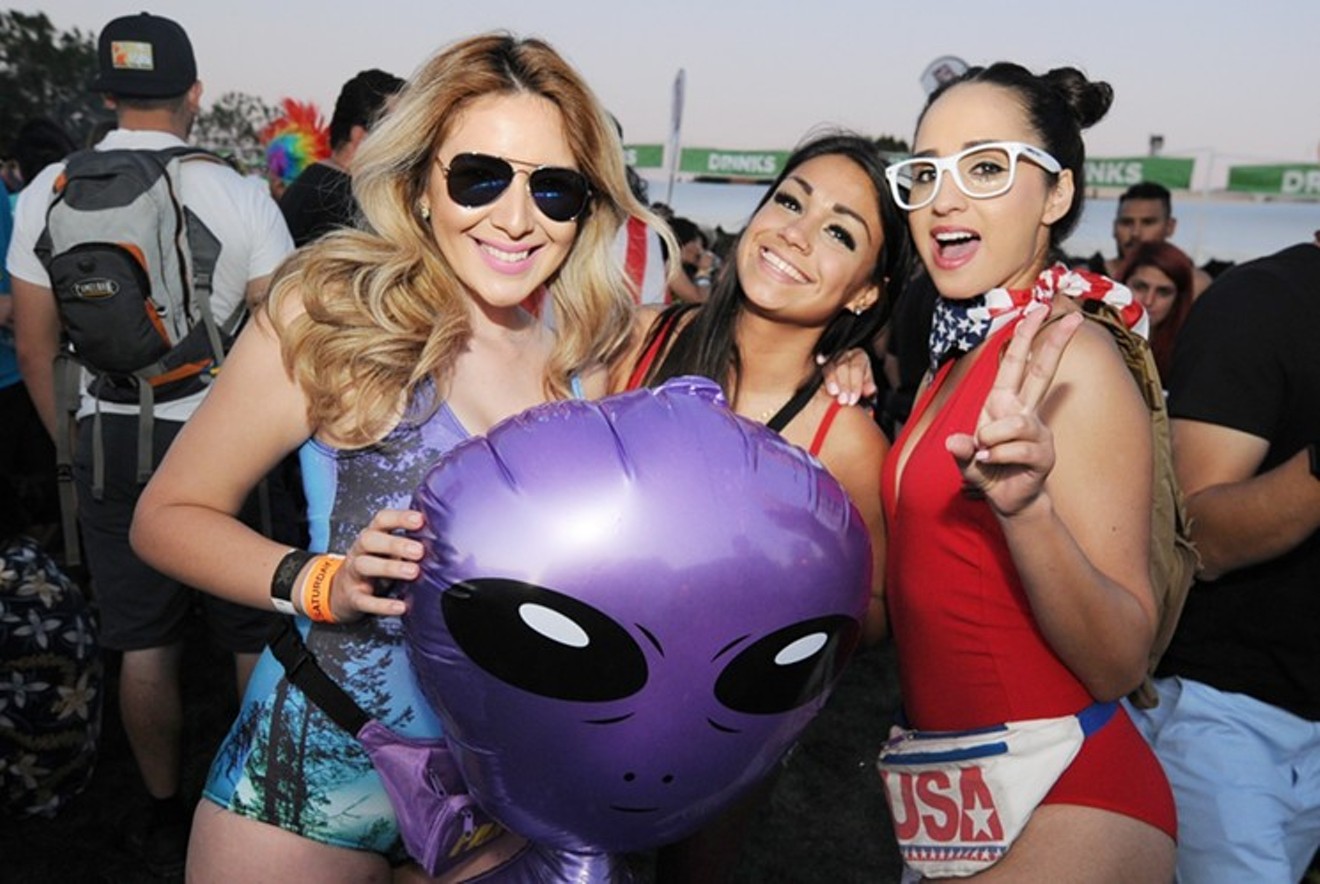 The Phoenix Lights will return for another close encounter with the Valley next spring.

No, not that unexplained UFO formation that buzzed our city 20 years ago and became a part of local lore. We’re talking about the extraterrestrial-themed electronic dance music festival that takes place each spring and will so again in April.

And this time, it will be touching down in a new location.

The festival will take place at a brand new park that’s being built near Wild Horse Pass Hotel and Casino. It’s reportedly located along Wild Horse Pass Boulevard near Rawhide Event Center, which has played host to numerous Relentless Beats events and outdoor concerts over the last few years.
And we now know which DJs, dance music producers, and other artists will be at next year’s Phoenix Lights.

Hip-hop artist Gucci Mane is also scheduled to perform at the two-day event.

Here’s a complete list of everyone that’s been announced for the festival thus far.

Tickets for Phoenix Lights 2018 go on sale at 10 a.m. on Friday, December 22. Additional artists reportedly will be announced in the weeks and months ahead.