Emo Night PHX patrons. Jim Louvau
It's going to be a week of music legends here in the Valley. That's because a variety of iconic and influential musicians – including Arlo Guthrie, Chick Corea, and Martin Sexton – all have concerts happening at local venues over the next few nights.

Details about each of these events can be found below in our rundown of the best concerts in the Valley this weekend. And for even more live music happening at local venues, check out Phoenix New Times' online concert calendar. 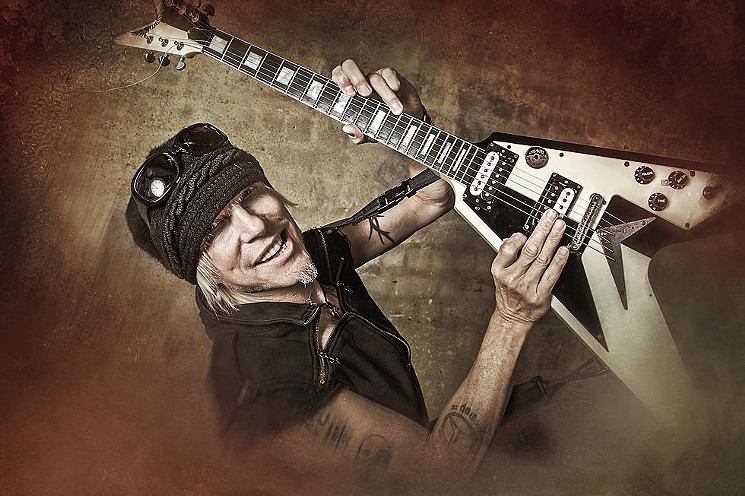 Rock-indoctrinated at an early age by brother Rudolf, a founding member of German hard-rock heroes the Scorpions, Michael Schenker quickly proved himself to be something of a guitar prodigy, landing lead duty in his brother's band as a young teen. His initial Scorpions tenure was short-lived; he jumped ship at the invitation of British space-metalers UFO a short two years after recording Scorpions' debut album. While Schenker's harder guitar sound contributed to UFO's waxing popularity, he drank his way out of the band inside of five years, eventually returning to the Scorpions' fold for one year and one album.

Then, with the guitarist preferring the complete control of an eponymous project, came the Michael Schenker Group. In 1984, the Scorpions hit it big with quintessential '80s cock-rocker "Rock You Like a Hurricane," while Schenker's group struggled for chart success. Since then, though, Schenker (a longtime resident of the Valley) has rejoined both of his previous bands several times while continuing to ply his craft both solo and in projects like MSG and his current gig, the Michael Schenker Fest. Nicholas J. Hall 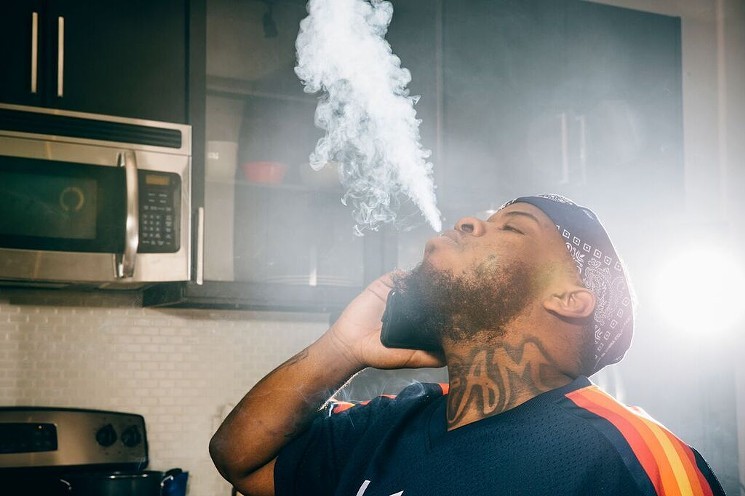 To many people, Maxo Kream might seem like a new rapper, even though he’s been building his name since the beginning of the decade. A native of Houston, he started performing while still attending high school, including a stint with rap group Kream Clicc. Maxo skyrocketed to fame after he dropped a remix of Kendrick Lamar's "Rigamortus" on YouTube in 2011 that went viral. A slew of mixtapes followed, including, Retro Card, Quicc Strikes, and 2015's #Maxo187.

These days, Lately, you can catch Maxo hobnobbing with the latest crop of rap stars on both coasts, recording tracks and doing shows. With the smash, "Grannies" – an independently released jam that scored big YouTube and serves as the lead single from his debut album, Punken – he proved once again he’s on top of his game. Camilo Hannibal Smith

Since getting his start playing gigs in high school, Chick Corea has gone on to release dozens of outstanding discs under his own name, platters like Now He Sings, Now He Sobs and My Spanish Heart.

After playing on Miles Davis's late '60s/early '70s jazz-rock fusion albums In a Silent Way and Bitches Brew, the prodigious and legendary jazz pianist helped propel fusion even more with various incarnations of Return to Forever.

Corea is still doing his thing at the age of 76 and is currently touring with the Jazz at Lincoln Center Orchestra, which he's referred to as “the greatest big band on the planet,” and is performing new reinterpretations of his music at venues across the U.S. This week, the tour comes to the Ikeda Theater at Mesa Arts Center for a Tuesday night performance. Jon Solomon

Galactic is bringing their jams to the Marquee in Tempe this week.
Courtesy of Anti Records
Galactic
Wednesday, March 28
Marquee Theatre in Tempe

First things first: Galactic is one hell of an instrumental band. Wherever they go, the New Orleans-based group carry the spirit of Mardi Gras with them, and any venue is instantly turned into a block party on Bourbon Street. What makes one of their concerts all the more interesting is the cast of characters not just onstage but in the audience — and the spark of life Galactic seems to ignite in them. And their music and performances are what lights the match.

The band's current touring vocalist, Erica Falls, was made for everything Galactic excels at – funk, jazz, and soul – and her singing is as rich and engaging as the rest of the band. Although each member gets a chance to shine at their concerts, including guitar and drum solos, it's the brass section – saxophonist Ben Ellman and trombone player Corey Henry – that typically put on the most spectacular and showstopping performances.

Galactic is a jam band for all types of dancing, regardless of rhythm or skill and at each of their shows, this group of veteran musicians put on a clinic showing how to do it right and provide the soundtrack to all-night grooving, each fan swaying to the beat of his or her own inner drum. As a matter of fact, Galactic would be welcome most anywhere a free-minded good time was needed. Angel Melendez

It has to be said: The Arizona music scene suffers from a severe lack of spookiness. Perhaps it's the overabundance of sunshine or scarcity of graveyards, but in the greater Phoenix area, it's hard to get rocked in that "this music could very well be sucking the blood from your major arteries" sort of way. Thankfully, The Limit Club is more than willing to carry the Phoenix gothabilly torch through zombie-infested catacombs and into your wildest dreams — er, nightmares.

Guitarist/vocalist Nick Feratu has been crafting eerily danceable tunes since 2005, citing a broad spectrum of influences from The Damned to Ricky Nelson to Nick Cave. Since the band's first full-length album, God Damn The Limit Club (2007), Feratu and a lineup of backing musicians he's recruited over the years for the band (which is currently a foursome) have been touring relentlessly and spreading gothabilly terror across the land. Adriane Goetz