The 12 Best Concerts in Phoenix This Week 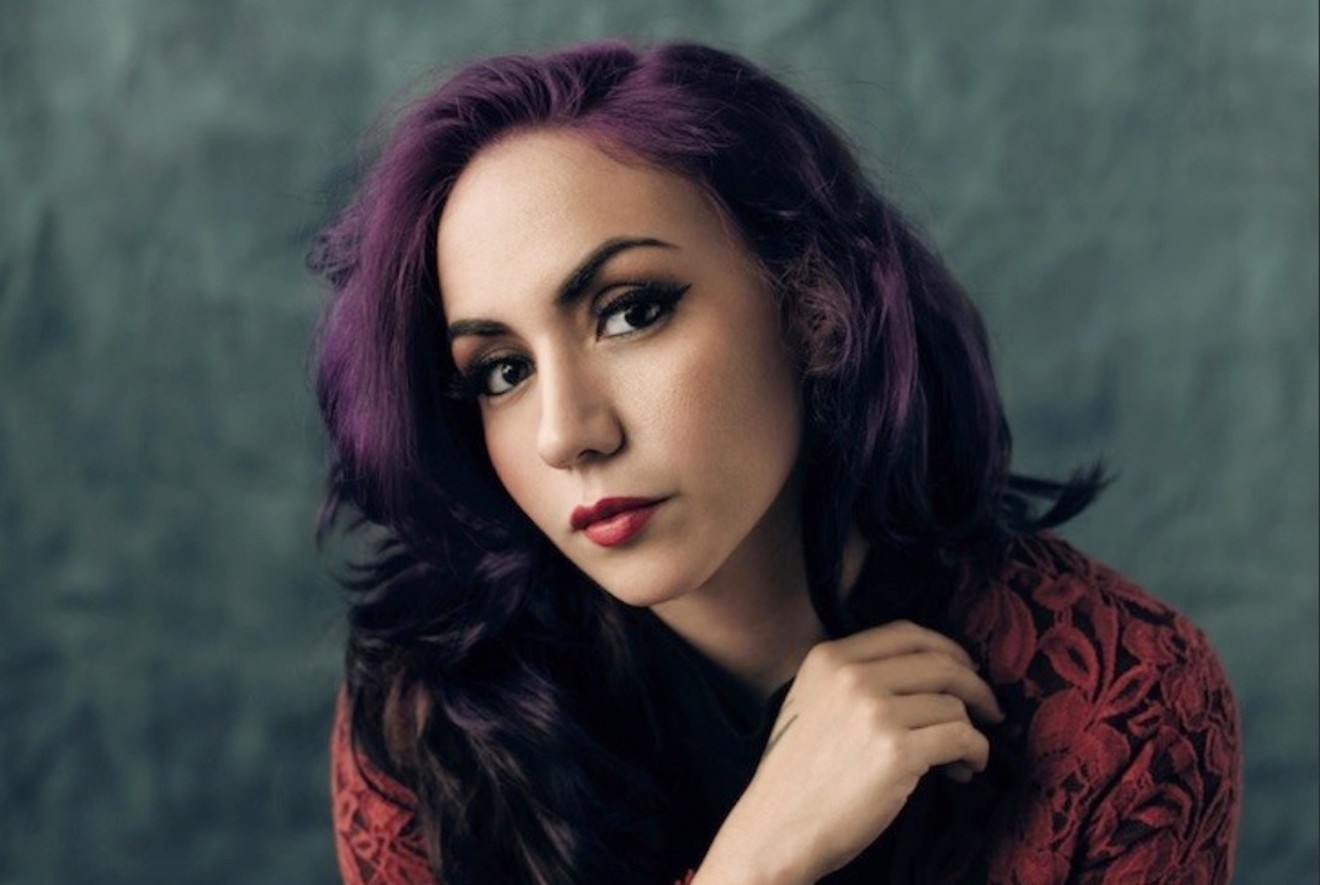 Nina Diaz is scheduled to perform on Wednesday, April 4, at Rebel Lounge. Josh Huskin
What's happening in Phoenix's concert scene this week? Plenty, if you like your music fast, hard, and loud.

A mix of punk, metal, and hard rock acts are all due in town over the next few nights, including Taake, Agent Orange, John 5, The Dickies, and The Queers.

Conversely, if your tastes lean toward contemplative, emotive, and cathartic indie music, there will be some of that as well. Titus Andronicus and Nina Diaz of Girlfriend In A Coma both shows scheduled at Valley music venues this week.

Details about each of these gigs can be found below in our rundown of the best concerts in the Valley this week. And for even more music happening around town, check out Phoenix New Times' online concert calendar. In the ’80s, the masses got familiar with English synth-pop band Orchestral Maneuvers in the Dark (OMD) the same way they got familiar with other non-mainstream acts of the time — like Spandau Ballet, Yello, and Simple Minds. They heard them in a John Hughes movie.

OMD’s “If You Leave” plays at the most crucial moment of Hughes’ teen romance Pretty in Pink, which was titled for another tune of those times by The Psychedelic Furs. Inclusion on that soundtrack showed the world what electro-pop fans, college radio heads, and alternative dance club dwellers already knew: OMD created well-crafted and heartfelt electronic tunes, the kind that can make you simultaneously dance and cry.

Aside from a 10-year break from 1996 to 2006, the group founded by Andy McCluskey and Paul Humphreys in 1978 is still going strong. In 2017, they released The Punishment of Luxury, a 12-song record that matches in quality of their early notable full-lengths like the band’s self-titled album in 1980, or Junk Culture, which came out in 1984. “Isotype” keeps you moving with its driving backbeat, whereas the sparse “As We Open, So We Close,” is dark and haunting, allowing you to get properly mopey. Amy Young

Since forming Titus Andronicus in New Jersey in 2005, frontman Patrick Stickles has pushed the band past their rabble-rousing punk roots and into expansive concept albums and rock operas. “When I get full of beans and I’ve got all this energy and ambition, I lay out these grand plans for myself,” he says. While he’s changed and broadened the scope of the band’s sound over the years, one constant has held firm throughout his body of work: an unflinching honesty about his struggles with manic depression.

On A Productive Cough, the latest LP from Titus Andronicus, they’ve embraced the ramshackle folky sounds that older songs like “A Theme From Cheers” from 2010's The Monitor only hinted at. Titus Andronicus have gone from squatting in DIY punk crashpads to shacking up in The Band’s Big Pink.

“I like to use the metaphor that Titus Andronicus, over the course of our career, has built a large house with many rooms, and each of these rooms represents a certain aesthetic component of our music,” Stickles says of the new direction. “On previous albums, we tried to run about wildly from room to room and do lots of different things; on this album we picked one special room, pulled up a comfortable chair, and got ensconced.”

Constantly redefining the band’s status quo is how he keeps going. It’s also how Stickles keeps himself from feeling overwhelmed by his mental health issues. “… I try to paint myself into a bit of a corner as a contingency plan for when the dark times come … because they always do.” Ashley Naftule Whether you know it or not, Ty Dolla $ign is one of your favorite singers — he just has to be. Few other artists have had the impact on this decade’s hip-hop/R&B landscape as the 32-year-old L.A. native has with his silky smooth hooks. The Rolodex of artists he’s worked with reads like a who’s-who of Grammy winners and Billboard Hot 100 charts — Post Malone, Wiz Khalifa, Nicki Minaj, Ludacris, 2 Chainz, T.I. Nick Jonas, Big Sean, Migos, YG, Lil Wayne, Future, and dozens more. Ty Dolla $ign is about as close as you can get to guaranteeing a hit if he’s a part of the track.

On his own, he’s dominated radio waves and clubs with hits such as “Paranoid,” “Or Nah,” and “Blasé” that lend themselves closer to the R&B side of life, and that’s where he wants to live. The Don’t Judge Me Tour’s namesake is from a track off his latest album, Beach House 3, and as he told Rolling Stone last fall about the work, "I sung my ass off. But it's still gonna be a mainstream vibe. That's all I'm trying to do: Make a lane for the singers." In a world dominated by hip-hop, Ty Dolla $ign is trying to make room for R&B. Be there on April 4 to see him state his case. Mikel Galicia 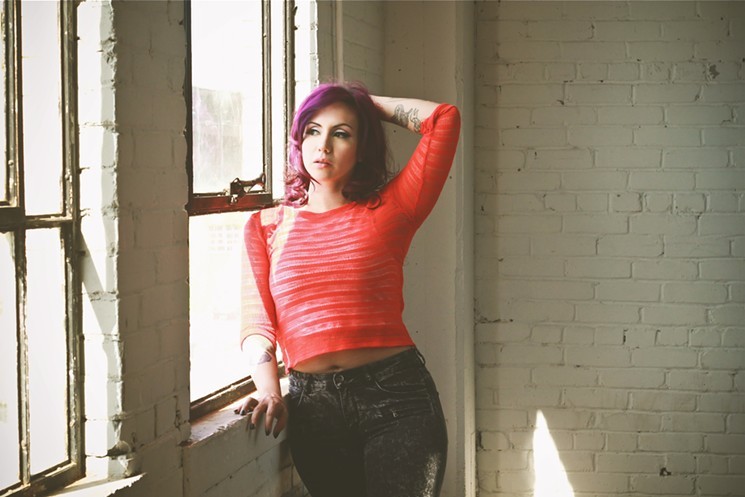 Nina Diaz began performing with Girl in a Coma at the tender age of 13 alongside her older sister Phanie Diaz and friend Jenn Alva. At a time when kids her age were navigating the waters of first crushes and gym class, Diaz was playing in clubs and living the life of a working musician, temptations of the night included.

In 2016, she released her first solo album, The Beat is Dead, which was inspired by her struggles with alcohol and drug addiction and her eventual path to sobriety. Starting her career at such a young age has helped shape Diaz’s unique voice; she can range from soft and sweet to loud and rough, sometimes in the same song. “There are two different voices," explains the singer. "There’s the voice when I sing and the voice when I speak, and I’ve noticed that both of them have grown as I’ve grown as a woman, as an artist and as a performer.”

Though Diaz and GIAC were experiencing success as a band, including being signed by rock legend Joan Jett’s Blackheart Records, Diaz decided she wanted to try her hand at a solo record. “It started off with me doing everything, writing all the parts and recording it with studio musicians," she says. "Then I formed my band, all San Antonio-based musicians. The birth of all of this solo stuff began with just me and my loop pedals and guitar.”

The singer's “solo stuff” is rife with raw emotion and elements of rock, New Wave and dance-pop. Though both projects can be hard to pigeonhole, both provide fans with very different experiences. “If you see me now in my solo act, I can stand up there and I can engage completely, more so than I’ve ever done in GIAC," says Diaz. Gladys Fuentes 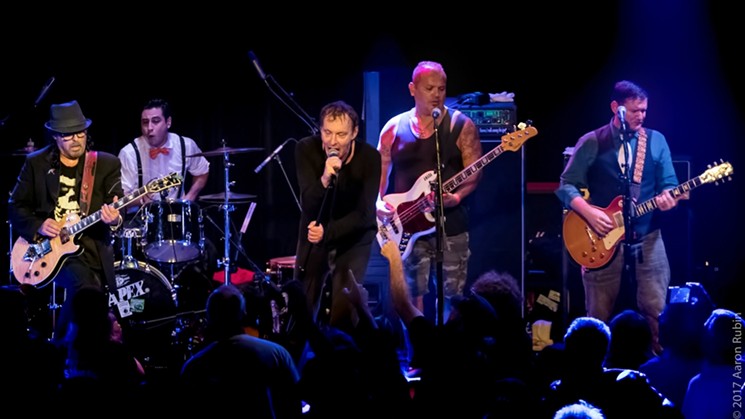 Most of America got to know Electric Six in the video for the 2003 single “Gay Bar,” which featured the sextet’s members gyrating and cavorting while dressed as hot-pants-clad Abraham Lincoln impersonators. That song, from the band’s debut, Fire, represents the height of their commercial success, but not their creativity.

In the 15 years since, Electric Six has released 11 albums, from the hyperactive, funk-filled I Shall Exterminate Everything Around Me That Restricts Me From Being the Master to the guitar-driven Mustang. But its members, who perform under stage names like Dick Valentine and Smorgasbord, have never lost their playfulness. Adam Roy 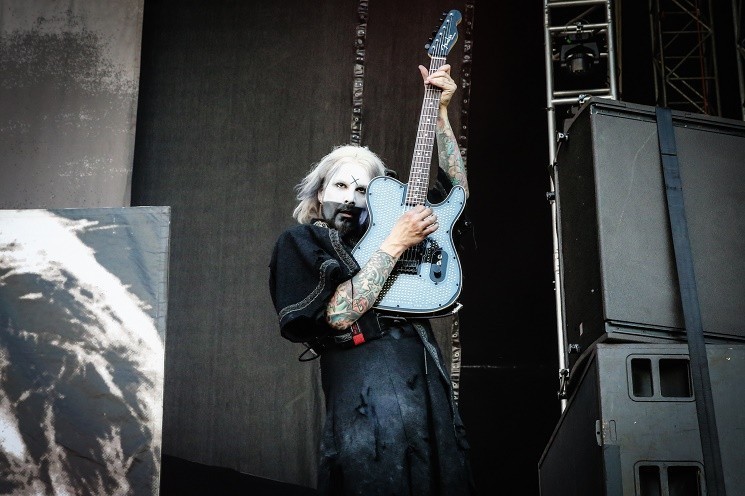 John 5 is most noted for his work alongside major hard rock acts like Rob Zombie and Marilyn Manson. He has been lauded by Slash as a “mind-blowing” metal guitarist. Dude wears face paint and is covered in tattoos. That said, he's also one of the more personable guys you'll meet.

“I was always obsessed with playing guitar and that really came from TV,” he says. “I loved TV growing up – The Monkees, Happy Days, Hee-Haw – you name it.” Yep, a guy who spends much of this time on stage with once-controversial acts like Rob Zombie and Marilyn Manson grew up on Hee-Haw.

Of course, that kinda makes sense considering that John 5’s instrumental live show with his band, The Creatures, includes a smattering of musical genres. Dubbed by John 5 as an “instrumental Alice Cooper show,” the live show features a ton of heavy instrumental music, but will also include western swing and bluegrass music.

“This show is so crazy, and most people that come see the show are like, ‘Oh my God; this is totally insane,’” John 5 said. “There’s so much music and it’s such a cool thing. If Hee-Haw and metal mixed into a show, that’s my style.” This makes sense, upon further review. John 5 has spent much of his career successfully supporting some of the most noteworthy figures in rock. From the aforementioned Manson and Zombie to Lynyrd Skynyrd to Paul Stanley, John 5’s imprint on rock’s landscape is unquestioned. Clint Hale