Richie With A T (left) and Parker Corey (right) of Injury Reserve. Injury Reserve's Facebook
Here’s a mid-week roundup of recent music news from the metro Phoenix scene, including details about homegrown hip-hop act Injury Reserve returning to town in December, details about Crescent Ballroom’s 10th-anniversary festivities next month, and The Maine revealing the lineup for their 8123 Fest in January.

Local fans of Injury Reserve are getting a treat for the holidays as the homegrown hip-hop act will return to the Valley in late December. The Tempe-born duo of rapper Ritchie With a T and producer Parker Corey announced dates for their fall tour, which will include a show at The Van Buren on Wednesday, December 29. Tickets are $22 to $25.

Fittingly, the tour and local performance will be in support of their new album, By the Time I Get to Phoenix, which comes out next week. It’s the first music Injury Reserve has released since founding member Stepa J. Groggs died in June 2020. The album was reportedly recorded before the rapper’s passing and will feature his contributions.

EDM-friendly Tempe boutique The Flow Shop has a new name: Rave Circus. The store, which is tucked away in the Mill Avenue Shops near Fourth and Mill avenues, recently announced the news on its Facebook page, stating they wanted a "brand that more accurately represents our customers." As any kandi kid in its fanbase will tell you, the place sells a variety of rave accessories like hula-hoops, juggling props, glow toys, and stringed poi.

Downtown Phoenix’s Crescent Ballroom will turn 10 years old next month and its owners are planning a three-night celebration filled with DJs, bands, and musicians in honor of the occasion. The parties kick off on Friday, October 1, with a locally-focused show featuring Phoenix Afrobeat Orchestra, Black Carl, The Stakes, and Djentrification. Indie bands Shannon and the Clams, Wavves, and Strange Lot are scheduled to perform the following night on Saturday, October 2, with DJ sets by Jazzmaster Jax and Nitro. Soul singer Lee Fields and his band The Expressions will wrap things up on Sunday, October 3. Samara Cyn, Tucson's Orkestra Mendoza, and DJ Johnny D share the bill. Ticket prices vary for each show. More info is available here.


The Maine's Reveals Lineup For 8123 Fest

Speaking of both big anniversaries and local bands who made it big, pop-rock act The Maine have announced who else will be performing at their 8123 Fest in January. The multi-day event, which celebrates the band’s 15th anniversary, will be made up of several concerts taking place from January 21 to 24 at different venues in downtown Phoenix. Artists and acts The Summer Set, 3OH!3, Tessa Violet, Mayday Parade’s Derek Sanders, Beach Weather, and John the Ghost are all scheduled to play the event. It’s the first time the festival has happened since 2019. Tickets are on sale now via the 8123 Fest website. 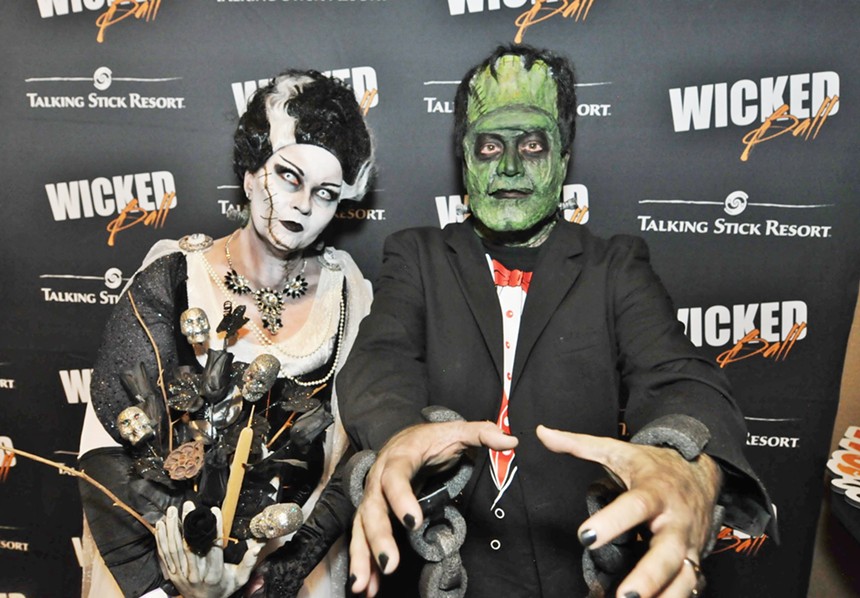 As all the candy, decorations, and costumes for sale at your nearest drug store indicates, All Hallows Eve is just around the corner. As such, local venues and promoters have begun revealing plans for their Halloween parties. That includes Scottsdale’s Talking Stick Resort, which announced the return of its annual Wicked Ball. This year’s edition of the popular costume party will take place on Saturday, October 30, at the resort’s Salt River Ballroom and will feature performances by electronic dance music DJ/producers Hook N Sling, Gattuso, and Matoma. General admission is $50 and VIP tickets are $90.
KEEP PHOENIX NEW TIMES FREE... Since we started Phoenix New Times, it has been defined as the free, independent voice of Phoenix, and we'd like to keep it that way. With local media under siege, it's more important than ever for us to rally support behind funding our local journalism. You can help by participating in our "I Support" program, allowing us to keep offering readers access to our incisive coverage of local news, food and culture with no paywalls.
Make a one-time donation today for as little as $1.