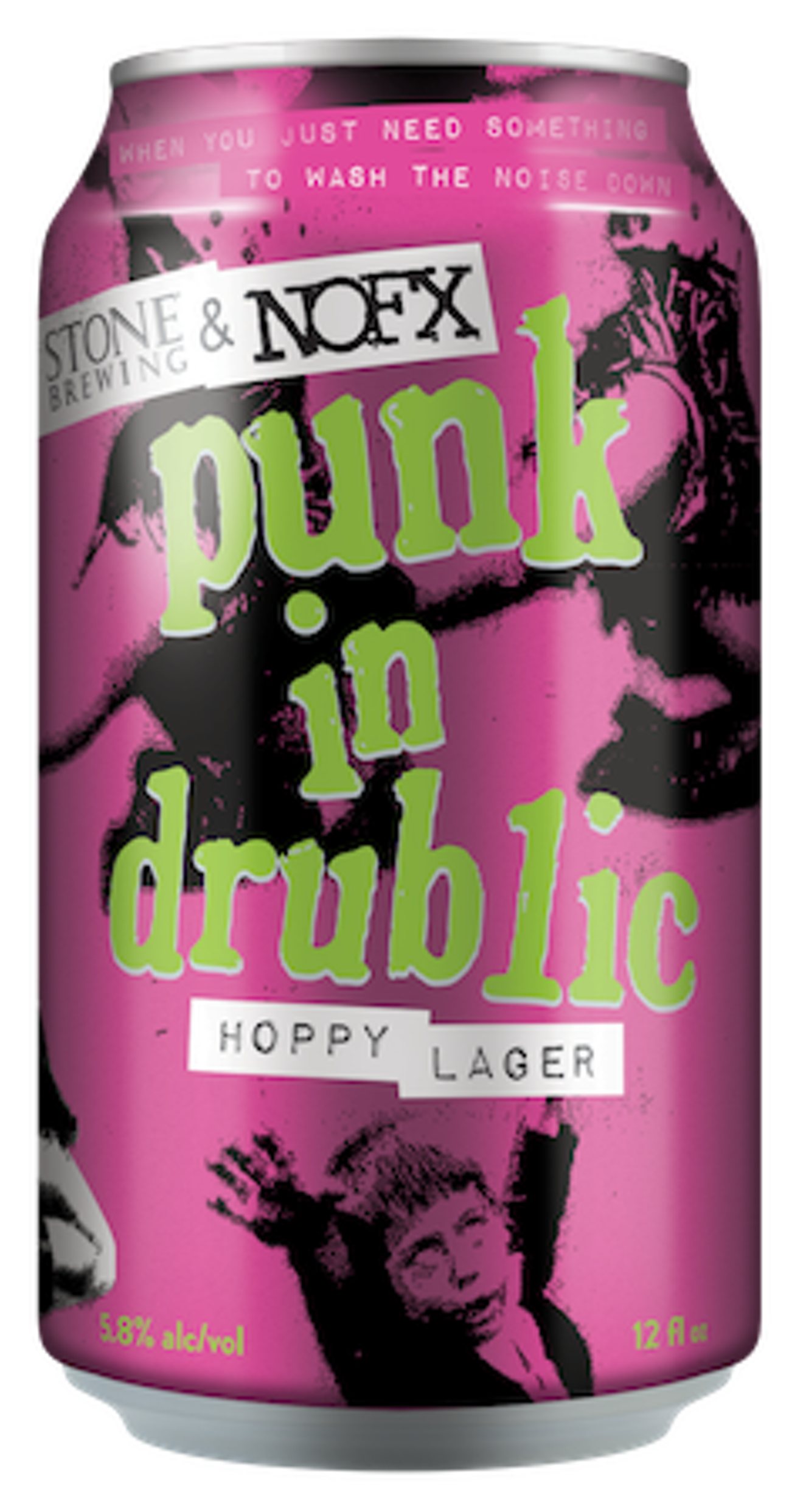 Tastings of the Stone & NOFX Punk in Drublic Hoppy Lager are definitely in store. Courtesy of Stone Brewing
Attention those in ownership of NOFX stickers, patches, ratty T-shirts, and beat-up CDs: The Punk In Drublic Craft Beer & Music Festival is coming to Phoenix on Saturday, October 21.

NOFX frontman, Fat Wreck Chords founder, and DIY icon Fat Mike presents the touring festival, which is coming to Fear Farm Festival Grounds. The point of the 21-and-over festival – other than to check out rad bands and see who’s still rocking an egg-white mohawk – is to try the Stone Brewing and NOFX Punk in Drublic Hoppy Lager.

Fat Mike joined up with Stone Brewing to create the liquid star of the show – named in tandem with the festival for the 1994 NOFX fan fave, Punk in Drublic. If lager isn't your thing, over 100 other craft beers will also be available for complimentary tastings and purchase. Local breweries like Wren House Brewing Co., Four Peaks Brewing Company, and Uncle Bear’s Brewing will be on-site.

Tickets start at $29 for general admission, and apparently limited quantities are available. There's also a VIP lounge and early entry option for $125, and a VIP lounge, early entry, and meet-and-greet package for $199. VIP perks include a spot at the front of the stage, drink tickets, and private restrooms. All three options will be available through the Punk In Drublic Craft Beer & Music Festival website.
KEEP PHOENIX NEW TIMES FREE... Since we started Phoenix New Times, it has been defined as the free, independent voice of Phoenix, and we'd like to keep it that way. With local media under siege, it's more important than ever for us to rally support behind funding our local journalism. You can help by participating in our "I Support" program, allowing us to keep offering readers access to our incisive coverage of local news, food and culture with no paywalls.
Make a one-time donation today for as little as $1.