21 Savage is scheduled to perform on Tuesday, July 16. at Comerica Theatre. Mikel Galicia
What’s on tap for the Valley’s concert scene this week? Plenty of indie rock, for starters, as well as a country-fried birthday party for one of Phoenix’s longest-running radio stations, one of the bigger hip-hop shows of the year, and the chance to sing “Bohemian Rhapsody” along with the band that made the rock anthem famous.

Famed indie bands like Wand, Potty Mouth, and Deerhunter all have gigs scheduled at local concert venues over the next several nights, as do hip-hop artist 21 Savage, ska/reggae pioneers Toots and the Maytals, and the combination of Queen + Lambert.

Details about each of these shows can be found below in our list of the best concerts happening in the Valley this week. For more live music happening around town, check out Phoenix New Times' online concert calendar.

Girl In a Coma fans are probably well aware that the popular San Antonio, Texas, femme-punk band effectively split into two branches before finally calling it quits last year. First, singer Nina Diaz decided to step away and focus on her solo career. Then, Diaz’s older sister Phanie and GIAC bassist Jenn Alva recruited a couple of friends and formed Fea, which signed to Joan Jett’s Blackheart Records and recorded their own album, a self-titled affair produced by Against Me!’s Laura Jane Grace. It rated four and a half stars from punknews.org, which called the album “a pitch-perfect revival of the riot grrrl genre with a new spin for a new generation.” Fea visit the Valley on Monday night for a show at Yucca Tap Room in Tempe that kicks off at 7:30 p.m. Bruiser Queen opens. Tickets are $10 in advance, $13 at the door. Chris Gray 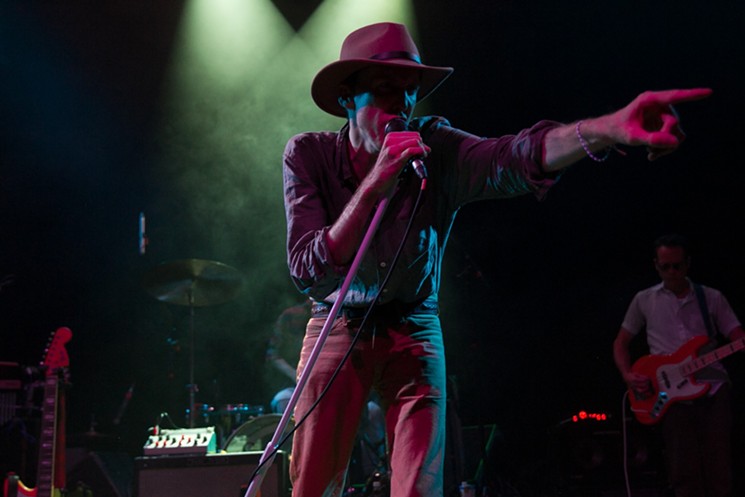 Why Hasn’t Everything Already Disappeared? It’s the question Deerhunter, the venerable Atlanta indie rock band led by magnetic frontman Bradford Cox, ask with the title of their latest LP, released earlier this year. Frankly, if you were to ask us here at Phoenix New Times this question, we’d probably answer with a big, fat “How the heck should I know?” And then we’d tell you that Deerhunter are going to be here in Phoenix on Monday, July 15, at Valley Bar. The band announced the last-minute tour addition earlier this month, and based on the size of the club and the renown of the band, we’d wager tickets for this summer shindig, which starts at 8 p.m., may be hard to come by or require checking out the secondary market. Douglas Markowitz 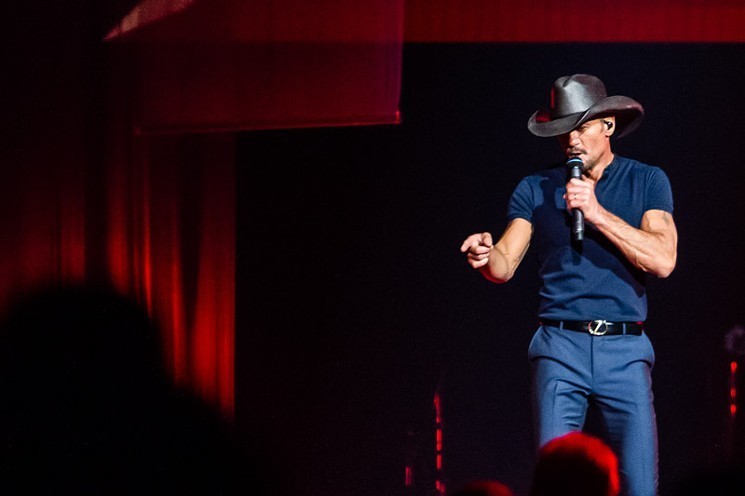 When KNIX ditched progressive rock back in 1960 in favor of the music of honky-tonks, cowboys, and crooners, the country world was a very different place altogether. The legendary Valley radio station, which was owned by renowed recording artist Buck Owens, was playing artists like Sonny James, Loretta Lynn, Merle Haggard, Tammy Wynette, and Johnny Cash. You don’t hear any of the aforementioned artists on the station these days, as it focuses more on the biggest hits of current-day country stars. Such will also be the case with the KNIX Birthday Bash on Monday night at Comerica Theatre, as it will feature performances by Tim McGraw, Jon Pardi, and Midland, all of whom are played on the station on the regular. The celebration starts at 7 p.m. and tickets are $33.50 to $88.50. Benjamin Leatherman

Good news for fans of Queen: Thanks in part to renewed interest in the group because of last year's movie Bohemian Rhapsody, Queen have hit the road this summer with the Rhapsody Tour, and Phoenix is one of the stops. The band will again be joined by singer Adam Lambert and will perform at Talking Stick Resort Arena on July 16.

The tour moniker is apropos, since the band’s profile is soaring thanks to the success of the Freddie Mercury biopic. Since it was released in October, it’s grossed more than $500 million in movie ticket sales worldwide, topping the box office in 35 different countries along the way. The film’s success has translated into renewed music milestones for the group, too. At one point in the last year, Queen was the most-streamed act in the world on Spotify. Not bad for a band that’s about a year shy of its 50th anniversary and one which lost Mercury, its legendary lead singer, in 1991. Tickets for the Tuesday night show, which starts at 8 p.m., are $54.75 to $190.25. Jesse Sendejas Jr.

How can just two dudes produce such a powerful sound? Black Pistol Fire, which split their time between Toronto and Austin, Texas, draw from classic-rock influences to deliver a one-two knockout of dirty blues — and even a howling cover of the Beatles' "Norwegian Wood." Featuring guitarist and vocalist Kevin McKeown drummer Eric Owen, they’ve been performing and touring for eight years now and have released five studio albums, the latest being 2017’s Deadbeat Graffiti. They’re scheduled to perform on Tuesday night at Crescent Ballroom. All-female hard rock act Thunderpussy, who have been involved in an ongoing fight with the U.S. Patent and Trademark Office for years over copyrighting the band’s name, will open. The show starts at 8 p.m. Tickets are $17 in advance, $20 at the door. John Nicholl