Reel Big Fish are scheduled to perform on Tuesday, July 30, at Marquee Theatre in Tempe. Jonathan Thorpe
There's no shortage of great concerts to see in the Valley as we roll through the final days of July and into August. This week, for instance, you can check out such artists and acts as ska-punk stars Reel Big Fish and Bowling for Soup, local legends Jimmy Eat World, death-metal fiends Decrepit Birth, or rock out with Hannah Wicklund and the Steppin Stones.

You can also check out some next-level hip-hop artistry when Beast Coast’s Escape from New York tour rolls through town, go back to the '80s heyday of New Wave with The Alarm, or watch one-man indie dance-pop artist Robert DeLong perform using video game controllers.

The choice is yours.

Details about each of these shows can be found below in our list of the Valley’s best concerts this week. And for even more live music around the Valley, hit up Phoenix New Times' online concert calendar.

It’s not often that a video game nerd is also an indie rock musician. It’s rarer still when that person is dragged to a rave that, in turn, heavily influences the music he makes. For these reasons and his fatalistic lyrics that contemplate life as a predetermined journey, Robert DeLong is the best one-man band to perform with a joystick.

Utilizing a cluster of instruments and equipment – which include keyboards, drums, synthesizers, a guitar, and even video game controllers like a Wii remote – DeLong creates beat-heavy indie dance-pop with a sci-fi aesthetic, upbeat tempos, and a melancholic outlook.

Since the release of his first single, “Global Concepts,” in 2012, DeLong has done some globetrotting, performing at festivals and music venues around the world. His current tour, which is in support of his most recent release, last year's See You in the Future, visits Crescent Ballroom on Monday evening. The show is at 8 p.m. and Gothic Tropic opens. Tickets are $20 to $33. Taylor Gilliam

New Jersey band Streetlight Manifesto are the whole package — all the raucous fun we've come to expect from Jersey without the orange tans and irritating accents. Yes, the seven-piece band play ska-punk, a genre that's something of an acquired taste, but they do it so flawlessly that even people who don't particularly care for the genre have to pay their respects. Streetlight combine half of Catch 22 and half of One Cool Guy, making up a roster of the top ska talent in Jersey. They’re scheduled to perform on Monday night at The Van Buren at 7:30 p.m. Tickets are $25. Tom Murphy

Death metal ain't for everyone. But Decrepit Birth make a good case for being the perfect gateway through which the metal-phobic could enter the darkened realm – provided that the prospective listener could overlook that scary-sounding name.

Take an instrumental like "The Enigmatic Form" from the Santa Cruz, California, band's 2008 album, Diminishing Between Worlds. The track would be an ideal place to start an unaccustomed listener prone to liking the group's jazzy riffs, symphonic keys, and clear, neo-classical solos. Say you start there before introducing them to Bill Robinson's matted-as-his-dreadlocks voice. "Wow," this extreme-music novice might remark, "I never knew heavy stuff could sound so ... pretty! It's like Trans-Siberian Orchestra on speed!"

See if you agree with that particular assessment when Decrepit Birth invade Club Red in Mesa on Monday night. The show starts at 6 p.m. and Aenimus, The Kennedy Veil, A Lapse of Ethos, and Came to Conquer will open. Tickets are $15 to $17. Andrew Miller

Decades from now, when social anthropologists look back on which musicians most accurately and articulately captured the plight of the dwindling American middle class in the late 20th and early 21st centuries, they'll surely home in on the brilliant Austin, Texas, songwriter James McMurtry. Rivaled only by Jason Isbell in his ability to construct compelling tales of small-town pathos without sounding patronizing, McMurtry doesn't exploit his characters or paint them in overly dour strokes; even his meth-heads have a good time here and there.

But off-the-grid life isn't an excuse for McMurtry to sing about lakefront bonfires and Daisy Dukes. Such backwoods blowouts are the stuff of Music Row fiction, filled with trucks, cans (both containing beer and affixed to chests) and one-night stands. Yet for as flawed as the protagonists in his songs can be, you'd still much rather spend time with them than the buff bros and babes by the beach. McMurtry is scheduled to perform at 7 p.m. on Tuesday night at the MIM. Bonnie Whitmore opens. Tickets are $30.50 to $40.50. Mike Seely 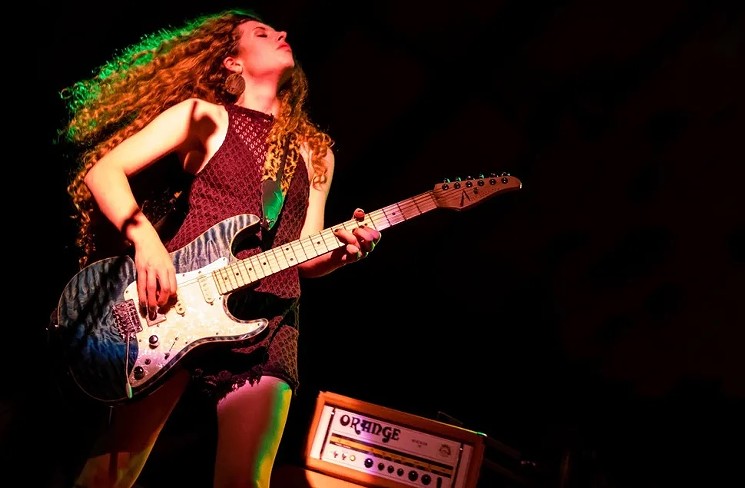 Hannah Wicklund and the Steppin Stones

Like many bands, Los Angeles-based Hannah Wicklund and the Steppin Stones have a long history. It all started when frontwoman and singer-songwriter Wicklund was 8 years old. Backed by rock 'n' roll trio the Steppin Stones, the band began exclusively playing Janis Joplin and Neil Young covers. Twelve years later, the band released their first full-length self-titled album. Since then, the band have played alongside acts like Tom Petty, Cage the Elephant, and Muse. While they're set to play a bunch of shows for the rest of the year, Hannah Wicklund and The Steppin Stones are also spending some time in the studio, so be on the lookout for new music when they perform on Tuesday night at Last Exit Live. The show starts at 8 p.m. and tickets are $10 in advance, $12 at the door. Jacob Vaughn