The Nine Best Concerts in Phoenix This Weekend The members of Authority Zero. Bryan Sandell
What’s on tap in the Valley’s concert scene this weekend? Local icons Authority Zero will be celebrating a pretty big landmark occasion, legends like Melissa Etheridge and Paul Oakenfold have gigs scheduled, and this year's Audio Bend will be happening up at Lake Pleasant.

Details about each of these shows can be found below in our list of the best concerts happening in the Valley this weekend. For even more live music happening, check out Phoenix New Times' online concert calendar.

If there’s one thing that the more recent work of jazz/pop vocalist Jane Monheit proves, it’s that maturing doesn’t mean losing freshness and immediacy. Now more than 15 years into a scintillating career, the thrush might not be trying to invoke the nubile mermaid image she once projected, but she’s still performing with verve and impeccable instinct. She has always sung ballads with an understanding beyond her years, and that hasn’t changed one iota: Just when she seems to have lofted the final breathtaking note, she inevitably adds something astonishing. Catch her in concert on Friday night at the MIM starting at 7:30 p.m. Tickets are $43.50 to $53.50. David Finkle Mesa's favorite punks Authority Zero have come a long way over the course of the last quarter-century. Since forming in 1994, the band has gone from from intimate (often free) local shows to playing Warped Tour and, eventually, touring the world and releasing a few hit albums. Authority Zero is now a household name in the local scene, and an Arizona trademark like Jimmy Eat World. This weekend, they’ll celebrate their 25th anniversary with shows on Friday and Saturday nights at The Rebel Lounge, both of which will be recorded for an upcoming live album. The gigs get going at 8 p.m. each evening. Tickets are $25 in advance, $30 at the door. Melissa Fossum 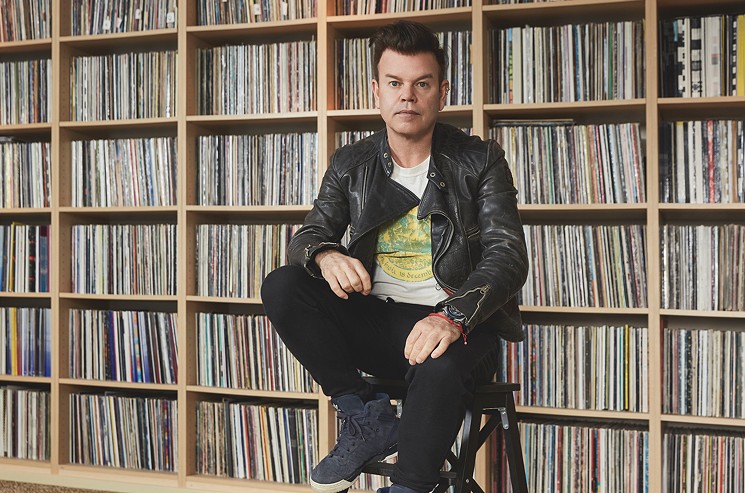 Paul Oakenfold’s place in DJ history is secure. Widely considered to be a godfather of electronic dance music, the British-born mixmaster has influenced countless artists and helped shape EDM culture over the past four decades. In that time span, he’s also sold millions of records, topped the charts, been cited by the Guinness Book of World Records as the most successful DJ ever, and performed around the world (including atop the Great Wall of China and deep in the rainforests of Argentina).

So what does an internationally known and phenomenally influential DJ do when there are few, if any, worlds left to conquer? Easy, he performs at Mount Everest. No, really. In 2017, Oakenfold worked the decks at the “highest party on Earth” in a base camp on the mountain. And just last year, he followed it up by becoming the first person to DJ at Stonehenge with an epic sunset performance alongside the prehistoric monoliths.

So what’s next for the EDM pioneer? We wouldn’t be surprised if tops himself even further by pulling off a gig aboard the International Space Station. Until then, Oakenfold will pass the time doing what he does best at clubs and parties across the country, including his poolside set on July 13 at Talking Stick Resort in Scottsdale. Tickets are $25. Benjamin Leatherman 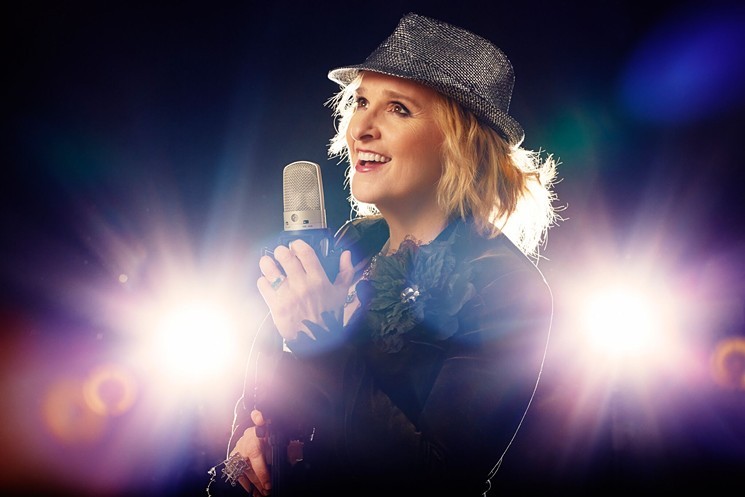 The Melissa Etheridge live experience in 2019 is both fun and thought-provoking. The rock ‘n’ roll legend is still a musician first, going out night after night with the intention of kicking ass. And kick ass she does. “You can expect to have your mind blown and your rock ’n’ roll dreams come true,” she says. “Just to have a really good time. To leave feeling better than when you came. That’s my goal.” Catch her this weekend at Chandler Center for the Arts when she performs on Saturday night at 7:30 p.m. Tickets are $72 to $112. Brett Callwood

Dutch electronic artist Jordy Leenaerts, a.k.a. Timecop1983, is one of the paramount producers riding the wave of ’80s revivalism that’s washed like a tsunami over recent pop culture from The Goldbergs and G.L.O.W. to Ready Player One and Stranger Things – especially the soundtracks. As the wave continues to wash over producers stationed at computers and hardware synthesizers, retro-futurist synthwave, or “retrowave,” acts keep dropping ’80s-inspired cinematic synth tracks online and in wax, picking up where pioneering German electronic outfit Tangerine Dream and Greek electronic composer Vangelis left off on the soundtracks for Risky Business and Blade Runner, respectively.

With Timecop1983 (and his darker project, Division), Leenaerts draws inspiration from ’80s movies, video games, television shows, and, most evidently, the movie Drive’s soundtrack. (In interviews, Leenaerts says the 2011 American film moved him to create what he calls “dreamwave.”) Nearly every Timecop1983 track conjures neon-filled visions of driving through rain-soaked city streets. The tracks also play well at dance clubs, sweaty gyms or just chillin’ on the couch — reminiscent of Survive, Com Truise, and Chromatics. Pittsburgh-based dreamwave/synthpop act Arcade High aptly support Timecop1983 as openers when they visit The Nile in Mesa on Saturday. Start time is 8 p.m. and tickets are $20 to $25. Daniel Rodrigue