Beck is scheduled to perform on Sunday, July 21, at Ak-Chin Pavilion. EMI Music
It's the dead of summer and Phoenix’s concert scene couldn’t be more lively. There’s a full slate of shows and music events happening this weekend, including concerts, theme parties, and dance nights.

Big names like Beck, The Claypool Lennon Delirium, Yungblud, and Common all have performances scheduled over the next three nights.

Meanwhile, the annual Happy Together Tour will return to Talking Stick Resort in Scottsdale, ThirdSpace will present a two-night farewell to its current home, and a Stranger Things party will take place at The Van Buren.

Details about each of these shows and music events can be found below. And for even more live music happening around the Valley this weekend, hit up Phoenix New Times' online concert calendar.

Take a handful of dudes singing their versions of angsty, female-driven songs from the past few decades, pepper in a few f-bombs, and you’ve got the Dan Band. Headed by comedian Dan Finnerty, you may remember these guys’ version of “Total Eclipse of the Heart” from the film Old School or as the wedding band in the film The Hangover. They recently released The Wedding Album with a pop-punk cover of Beyonce’s “Irreplaceable” and a less-than-sexy cover of “Bump N’ Grind,” among other things. Their satire isn’t as obvious as, say, “Weird Al" Yankovic, but the Dan Band embody their own unique brand of fun. Their show at The Van Buren on Friday night kicks off at 8 p.m. Tickets are $15-$25. Diamond Rodrigue 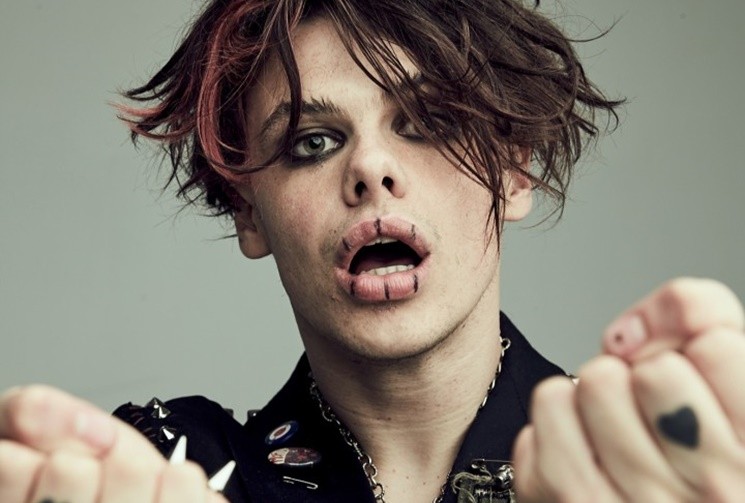 “I want to talk about real shit.” Yungblud, a.k.a. Dominic Harrison, explains what drove him, a Brit, to write a song called "Machine Gun (Fuck the NRA)." And it's a good reason, too. “I want to write real music that connects, and talk about real things in a world that’s dilutin’ and avoidin’ the subject.”

Yungblud, now 21, grew up in northern England, where his dad was a guitar dealer and young Dominic was, he says, a “little idiot running around the dusty guitars on the counter, giving everybody my mouth. I was very gobby.” He’s been in bands since he was about 12 years old, and was signed to Interscope two years ago. Musically, he moves from pop-punk anthems to ska-tinged rockers to stripped-down acoustic sets – and, yes, that’s him on the more mainstream “11 Minutes” with his apparent girlfriend, Halsey.

Yungblud came onto the scene with “King Charles,” which juxtaposes an infectiously boppy beat with lyrics about a historical figure from the 1600s. (”You took the taxes to fund the evil.”) “He would take money from the poor people to fund unnecessary wars,” Yungblud says. “Well, 400 years later, we’re destroying the planet, dropping bombs on other countries.” The show starts at 8 p.m. with an opening set by Saint PHNX. Tickets are $23-$26. Deirdra Funcheon

Synchronize your watches for the "summer of love" as the annual tour of 1960s throwbacks rolls into the Valley once again for a groovy evening of timeless tunes. The Salt River Grand Ballroom at Scottsdale's Talking Stick Resort will host the show. This year's lineup will include Flo and Eddie of the The Turtles, Chuck Negron of Three Dog Night fame, and rock/pop act Gary Puckett and the Union Gap, as well as bands like The Buckinghams, The Classics IV, and The Cowsills. Board the nostalgia train starting at 8 p.m. Tickets are $30-$125. Benjamin Leatherman The lush techno soundscapes created by Keith Carnal are magnetic, primal, and even a bit hypnotic. They’ve also gotten people moving with their bounding beats and breathless tempos at the various clubs and festivals where the Dutch-born DJ/producer had performed around the world. According to Carnal, his techno has a higher purpose than just getting people to dance. It’s about inclusivity and emotion, as well as breaking down the barriers that separate us as individuals.

“For me techno can encompass all emotions, whether it is happiness, sadness or even anger,” Carnal said in a previous interview. “Techno is more for me than just playing and making tracks, it's a language that overcomes words, differences and race – an unspoken language of unity." This weekend, Carnal will be bringing people together at Club Silverado where he’s scheduled to perform on Friday, July 19. Local DJs like Brockelmonster and SNAQS will open. Start time is 9 p.m. and it's for a 21-and-over crowd. Tickets are $15-$20. Benjamin Leatherman The title track from Mike Krol’s latest record, Power Chords, might just have the catchiest chorus in a rock song this year. Following up a spoken-word intro, Krol's lyrics are universal, outlining the vengeful thoughts that can cut the pain of heartbreak. “Hold me close / Don’t ever let me go / 'cause I’ve been waiting all my life for the moment to tell you so / With a couple power chords / I’m gonna let you know / That revenge is better / When it comes from down below.”

In fact, all 11 songs on his fourth offering, the second on Merge Records, are hard to shake. That’s generally the case with tunes by this Milwaukee-born garage rocker. He’s got hooks for days, and he knows how to use them. Hear them for yourself this weekend when Krol performs at Valley Bar on Friday night with support from Man Hands and It's Embarrassing. Start time is 7:30 p.m. and tickets are $10 in advance, $12 at the door. Amy Young