Why Zona Music Festival Has Us (Cautiously) Optimistic for the Future 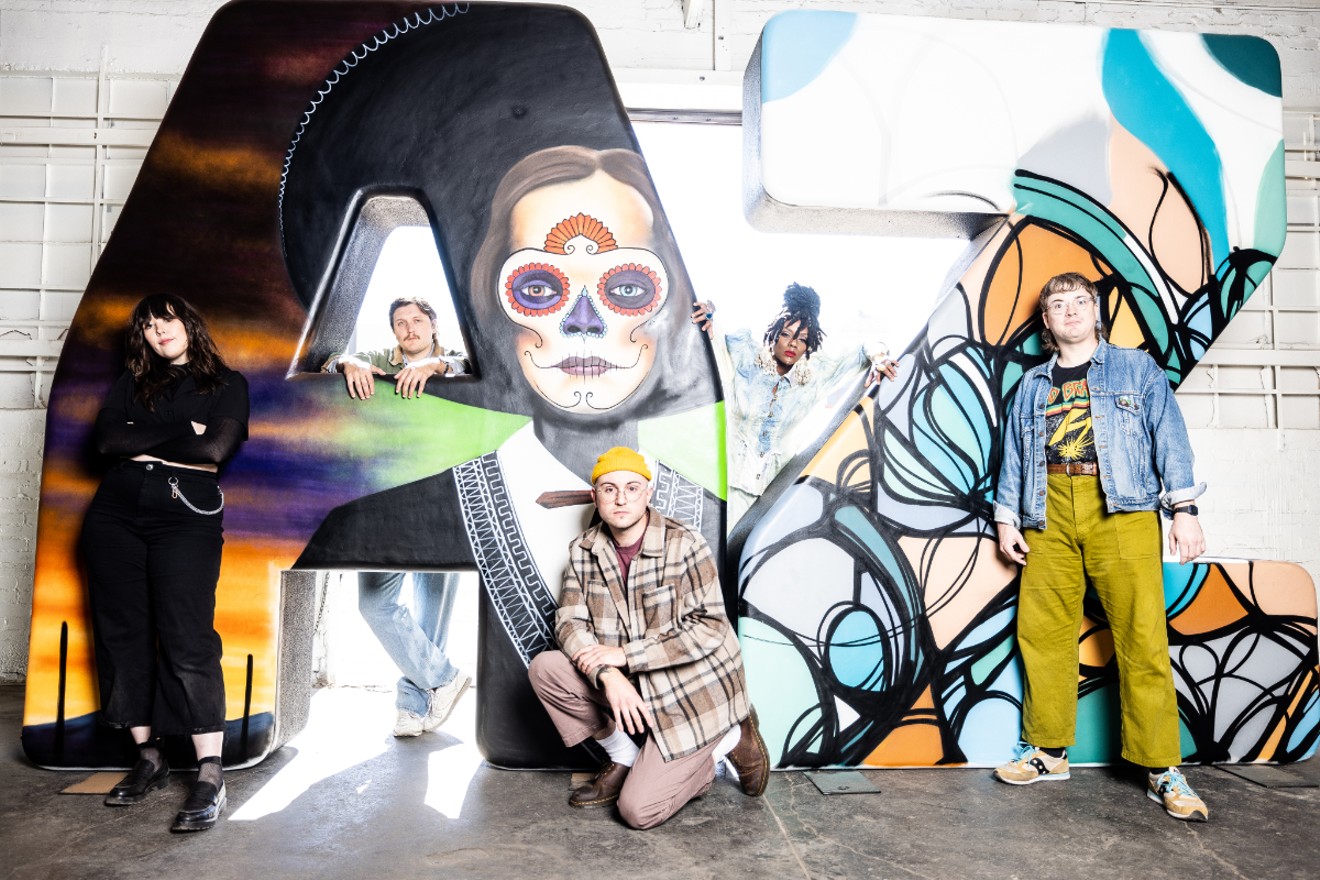 Sure, it can be harsh, with a mix of overwhelming heat and an unshakable sense of isolation. But there’s also something singular about its many amenities and overarching sense of beauty.

The same thing even holds true for music festivals in Arizona.

It’s easy to recognize that we’ve got some great offerings — an oasis in the desert, if you were so inclined. McDowell Mountain Music/M3F, for instance, is something of a local institution. Innings, meanwhile, helps the Valley maintain a place on the national arts and culture scene. And that's just scratching the absolute surface.

But there’s no denying that we’ve also had a run of bad luck regarding fests over the years. That includes Lost Lake, Viva PHX, Pot of Gold, and Tempe Music Fest. Each respectively added to the prominence of our larger scene until their abrupt departure or unpublished exits stymied any momentum in further securing our spot as a national music destination.

It’s with this dichotomy in mind that we're both hugely optimistic and appropriately cautious about Zona Music Festival, which debuts this weekend at Margaret T. Hance Park.

Perhaps the biggest reason to be hopeful is that Zona is headed up by Stephen "Psyko Steve" Chilton, who for decades has booked a huge slate of shows and also championed local bands across the city.

Chilton's continuing that same local-centric approach with the fest's undercard, which features Snailmate, Playboy Manbaby, Breakup Shoes, Sydney Sprague, Miniature Tigers, and many other Valley acts. It's not just that it feels good to give these bands a spotlight. It's that other fests — we're looking at you, Innings — seemingly go out of their way to minimize local artists. Tegan and Sara.
Nicholas Hunt/Getty Images
At the same time, though, it does make you think just why other fests don't have a larger local streak. (Viva PHX, for instance, relied on quite a number of national bands.) Is that a mere byproduct of booking, or could it be that to nab national attention, you need more acts with national awareness already baked in?

Having more Phoenix bands at a Phoenix-based festival is hugely important, but that doesn't change the notion that this could make Zona more of a regional offering than anything like a Lollapalooza or Outside Lands in the making — if just such a future is feasible or even desirable for Zona. Regardless, they're important questions to consider so early on given how festivals inform their respective cities.

And it has to be said that there's some latent hesitancy about the national headliners. (It's natural to be upset that there aren't more local artists as headliners or "closer" to the headlining spots. However, that's an argument barely worth having given that huge talent actually sells tickets, regardless of the city.)

On one hand, I think acts like Beach House and Portugal. The Man are just the sort of attractions that a wide swathe of our fair city enjoys and actively wants to see. And that's important — the DNA of any fest should be aligned with the residents' unique tastes and overall aesthetic. Why else would people buy often expensive tickets?

But there is a question as to whether this "caliber" of act is all we can really expect from Zona. Sure, it's only the first year, and only the big-time fests (see Lollapalooza again) have the money and influence for the so-called "mega" headliners. Yet there's no denying that these aren't your usual A-listers, and while that's nothing against the bands themselves, Innings (which is run by the folks behind Lollapalooza, C3 Presents) did nab both Eddie Vedder and Green Day for 2023.

Having some of this big-time, S-tier talent booked is not only how we net more attendees, but also how we clearly exemplify both the festival's stature and its odds for long-term survival. Not that the attendees will care (and that matters), but it's something else to consider. Especially when we're thinking about ZONA getting started on the right foot in a city where fests have lost theirs after just a few years in operations. Alex Scally and Victoria Legrand of December 3 headliner Beach House.
Ethan Miller/Getty Images
The one undeniable upside the fest does have (at least compared to some other cities) is a nearly perfect schedule/timeframe. Not only is the weather all but perfect these days, but it comes in that post-Thanksgiving, pre-Christmas sweet spot that's likely to drum up more bodies. Plus, there's not a ton of "competition" for other, similarly sized events, local as well as regional, and that's got to be a boon for attendance as well as for the schedules of the artists themselves.

Still, you can't help but wonder about the choice of location at Hance Park. For one, it's sort of been the "home" of M3F, and there is a possibility that it could cause a kerfuffle down the line in terms of "ownership" for the park. But more likely than that "grievance," there's a really important distinction between M3F (again, it's far more regional and perhaps insular) and what's likely to be a noticeably larger swell of attendees at Zona. That could cause some real logistical issues, and those kinds of things will only complicate future editions as well as inform any "negative" connotations of Zona.

As part of that, it's our hope that the fest doesn't just spill out into downtown proper but find a way to align with the specific culture of this area. The whole scene's shifted tons in recent years — there's far more attention on making downtown a walkable hub of arts and food and living — and the fest should respect that and try to build around and engage it.

Other fests in this city often do their own thing (again, Innings and M3F are different but perfect examples, and each can feel isolated in their places). Zona, then, would be wise to be a true Phoenix fest in every facet. That's not only in the sort of its sensibilities and offerings, but feeding back into downtown's offerings while honoring the area's larger value and existing structures. John Gourley of Portugal. The Man.
Kevork Djansezian/Getty Images for dcp
There's certainly credibility to the idea that we're only finding things to complain about. Or, that this is too simply much negativity before the fest's gates have even opened. But the true hope is that by expressing some of these ideas, popular or otherwise, we can generate a dialogue.

If nothing else, there's a tendency among the denizens of the local arts and music scene to share their feelings about things like venues opening and closing, the behaviors of certain creators, and generally what's good and fair and what proves otherwise. If we collectively expect certain things of Zona, and try to contextualize its place and value, then we can do more to build a community around music and art. In turn, we can foster a service that the denizens of the Valley actually want and need.

In the end, we feel pretty good about what Zona is offering, but that doesn't mean it still doesn't have to earn its place in our little community.
KEEP PHOENIX NEW TIMES FREE... Since we started Phoenix New Times, it has been defined as the free, independent voice of Phoenix, and we'd like to keep it that way. With local media under siege, it's more important than ever for us to rally support behind funding our local journalism. You can help by participating in our "I Support" program, allowing us to keep offering readers access to our incisive coverage of local news, food and culture with no paywalls.
Make a one-time donation today for as little as $1.
Chris Coplan has been a professional writer since the 2010s, having started his professional career at Consequence of Sound. Since then, he's also been published with TIME, Complex, and other outlets. He lives in Central Phoenix with his fiancee, a dumb but lovable dog, and two bossy cats.
Contact: Chris Coplan
Follow:
Twitter: @CCoplan