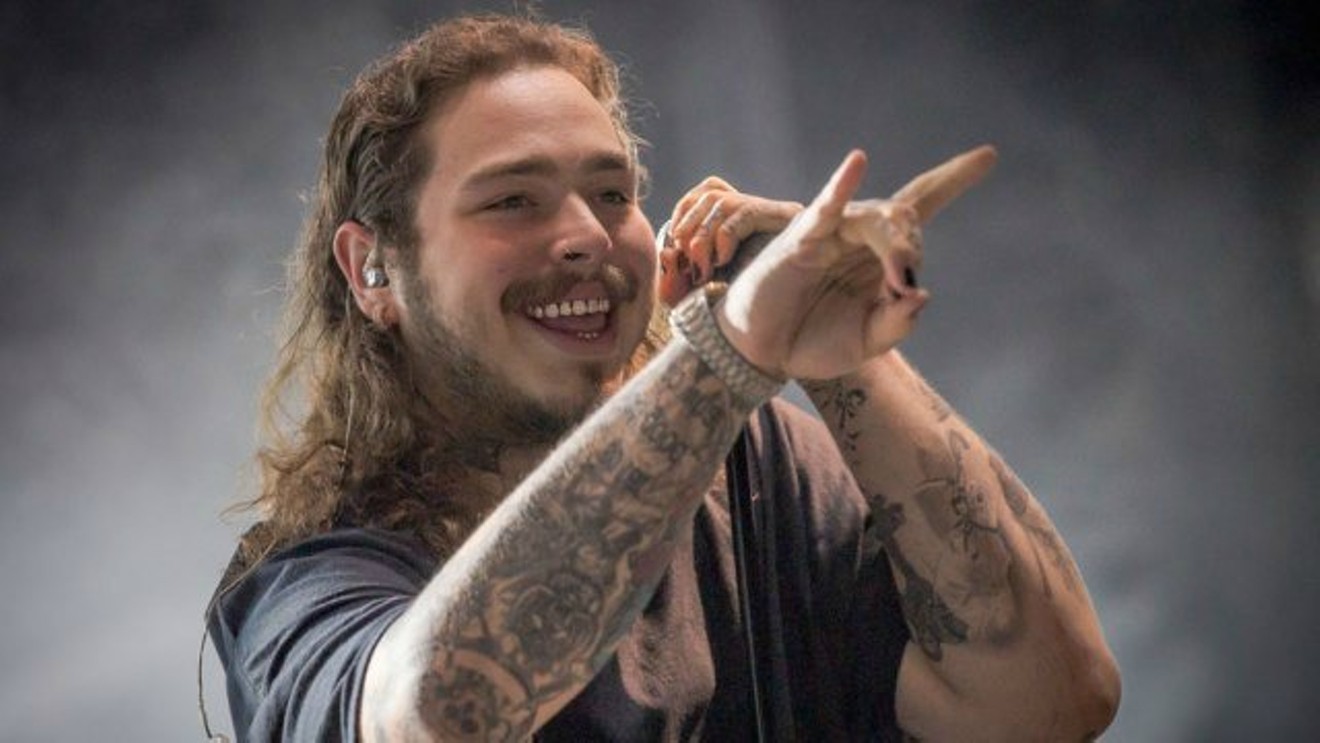 Post Malone will hit the road for some "legendary shit" with Rockstar collaborator 21 Savage. Mark Horton
The dynamic dirtbag duo of Post Malone and 21 Savage are hitting the road for a 28-city tour. With Bay Area group SOB x RBE tagging along as openers, the “Rockstar” rappers will be slinging hits from Vegas to Toronto.

And on Tuesday, June 19, fans hoping to hear “Go Flex” and “Bank Account” will get their chance when the pair perform at the Rawhide Event Center in Chandler.

In addition to performing their signature songs, both Malone and Savage likely will showcase new material.

Back in January, Savage dropped a teaser song called "Pause" that he made with Metro Boomin’. Odds are good that the prolific 21 Savage will have a new mixtape or album out before hitting the road with Malone.

As for Post, he’s still at work on Beerbongs & Bentleys, which was supposed to come out back in December, but Malone pushed the release back to continue working on it. The rapper released a statement saying that he needs to "make sure this album is perfect for you. I'm gonna keep working my ass and make the best fucking album ever." Whether the new album will be released by the time the tour kicks off is still up in the air.

Regardless, tickets for the tour go on sale at 10 a.m. on Friday, February 23, via Ticketweb.