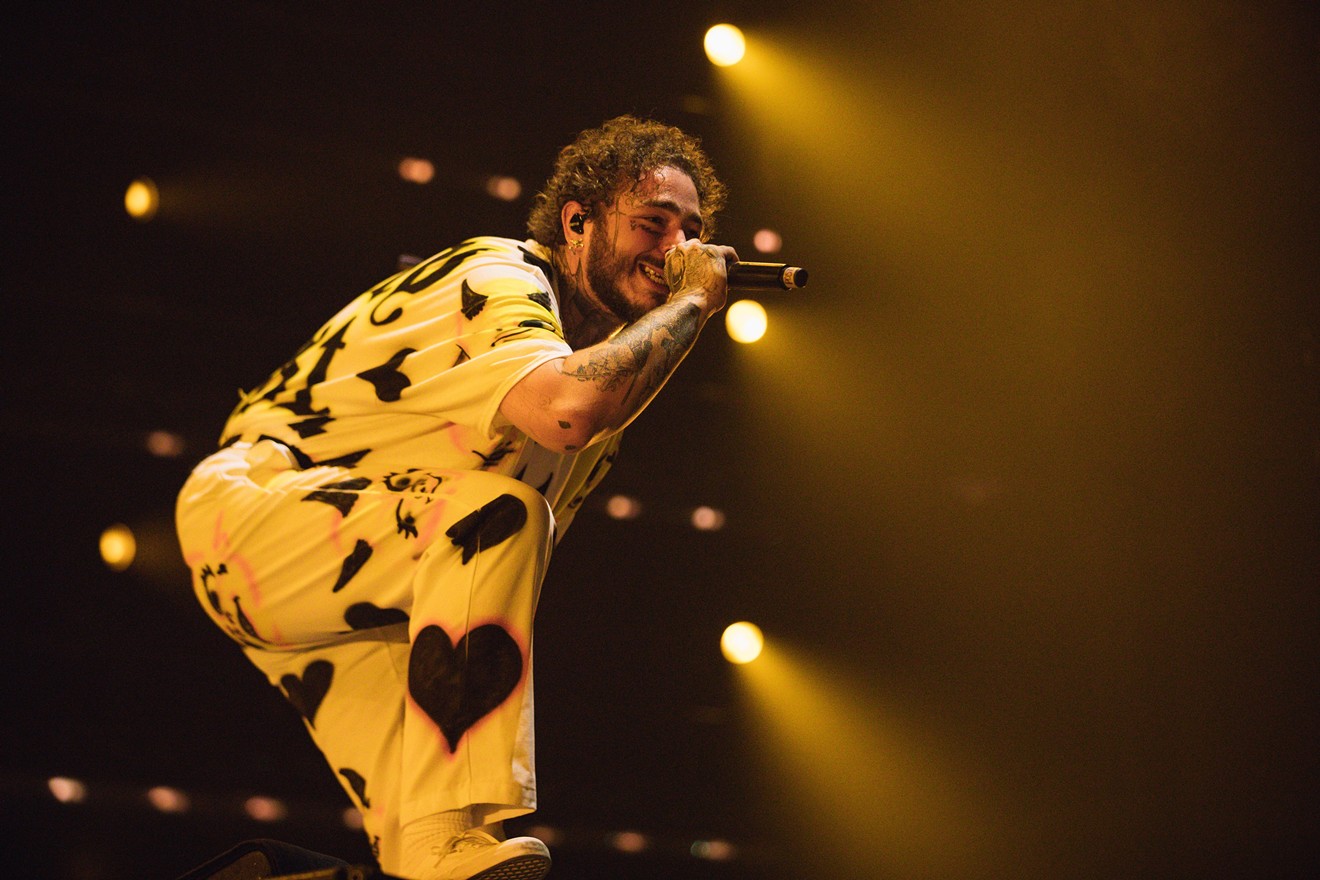 Post Malone is headed back to the Valley this fall. Mikel Galicia
Polish your beer bongs and dust off your temporary face tattoos: Post Malone is coming back to Arizona this fall.

The Grammy-nominated, certified diamond hitmaker will be swinging by Gila River Arena in Glendale on Friday, November 8, as part of his recently announced Runaway Tour. Show openers for include rappers Tyla Yaweh and Swae Lee, the latter of whom collaborated with Malone on the hit track “Sunflower."

The Runaway Tour is slated to kick off in Tacoma, Washington, in mid-September and will wrap up in Los Angeles in late November.

Malone may look like an entire trailer park’s worth of juggalos rolled up into one human being, but don’t let that fool you: He’s one of the most successful hip-hop acts going right now. Following the success of his “White Iverson” debut single, Posty’s built a large enough following to make his 2018 album, Beerbongs & Bentleys, a chart-topping monster.

If you switched on a radio in 2018, it was guaranteed you'd hear “Psycho” or “Rockstar." Post Malone, much like death and taxes, was an inescapable fact of life. The tattooed rapper Malone was so omnipresent that even your friendly neighborhood Spider-Man (the Miles Morales version, specifically) was bopping to his jams in last year's Spider-Man: Into the Spider-Verse animated flick.

Fans looking to make like Miles and go manic for Malone should snap up tickets for the Runaway Tour before they sell out. According to Live Nation, tickets for the November 8 show will go on sale at the Gila River Arena box office on Friday, July 19, starting at 10 a.m. local time. The rest of the dates for Post Malone's Runaway Tour are as follows: