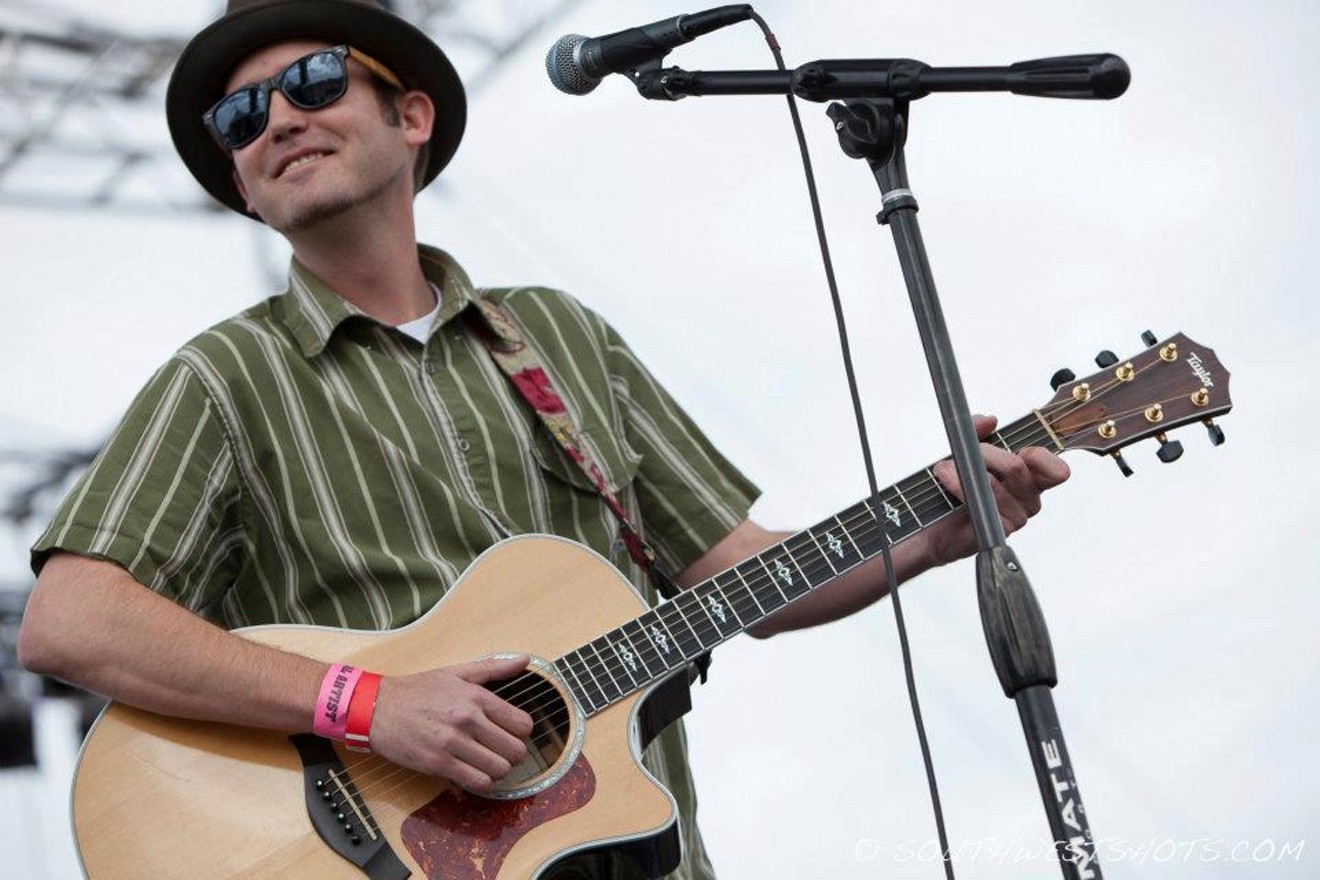 Sam Wiley on stage. The Wiley Ones
In Pound For The Sound, Phoenix New Times gets technical with local musicians about what gear they use to create their signature style.

Sam Wiley, the Wiley Ones guitarist and lead vocalist, is a true product of a family band. All of his sisters and brother played while he was growing up. And being the youngest of four, his siblings were determined to get him playing.

Born in Miami, Florida, Wiley moved to Arizona with his family when he was 7 years old. He spent school years in the desert and summers with cousins in Mexico City, where his mom was born. He received his first guitar, an acoustic nylon string, as a hand-me-down from his brother at age 9. In fact, it was his brother who first taught Wiley to play guitar. But it didn't stick right away.

In high school, Sam never took music too seriously until he broke his ankle skateboarding. That was when he dove into music head first and never looked back.

And Wiley is no stranger to the scene. His sisters were in former local band W.O.M.B. (Warriors of Make Believe), so he has been hanging out at local shows since he was 12. It was these same sisters who taught him to play drums and sing.

Wiley and his band have recently written material for an EP, but they have yet to record. They are actually doing some shows to raise funds for the band's next release. He also plans to release a solo record of acoustic hip-hop, just him rapping with only his acoustic guitar, sometime in the near future.

Wiley, and the rest of the Wiley Ones, have a show coming up this Friday at Rebel Lounge. And even though Wiley has been in Milwaukee, New Times was able to get some words in via phone and email about his gear, upcoming show, and his time in Mexico after college.

New Times: What's the secret weapon of your sound? And how did that help you find your "signature" tone?
Sam Wiley: Individually, I would say my strength is lyricism. I grew up loving creative writing, so when I found I was able to combine that gift with music, I was hooked. There's going to be a lot of fast singing and rapping on our upcoming EP and my solo project. Also, percussion and drums were my first instrument, so I play guitar kinda like a drummer in the sense that every time I strum down and slap, I've always heard a snare hit in my head. 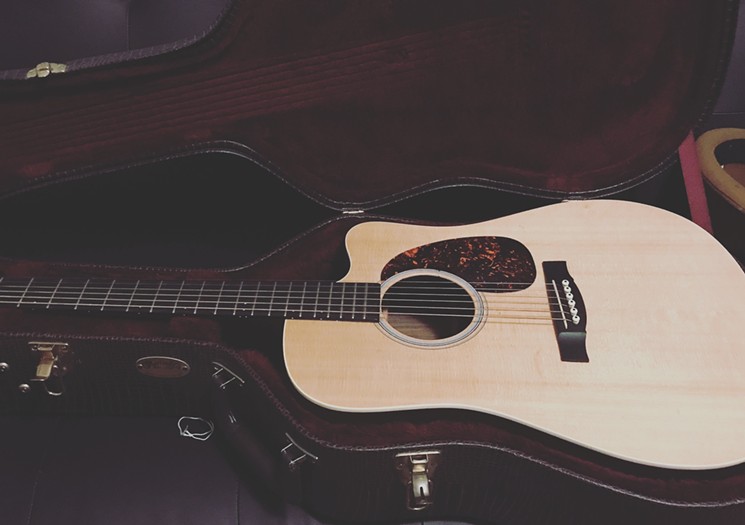 Wiley's new Martin Acoustic.
Sam Wiley
What's your favorite piece of gear in your collection and why?
It has to be my new Martin acoustic electric guitar. For years I played a Taylor, but I'm super-diggin' the Martin now. Because of the new addition of funk riffs in our music, I recently added a Fender Electric Strat that I will be switching back and forth with on stage, but in the end I am an acoustic guy at heart.

Any special pieces of gear acquired over the years? Any special story, or stories, behind your collection of tools?
I picked up an old Fender Acoustic amp from the '70s recently. I love the way that old equipment sounds. It's definitely heavier weight-wise, but you can't beat some of those old-school tones. I also love looping, so I jam a lot on my Jamman Loop Pedal, which really helps with songwriting.


Just listened to your track “What I Am” and loved the funky grooves all over the track. How did you go about tracking your guitars and getting that funky tone all over the track?
Doubling up with two or three acoustic guitars and panning them out is definitely the way to go for me. Our bassist, Jay Nottingham, did a killer job, and he's a big part of the new funky sound we're adding to our style. Overall, the whole band likes to go in the studio at once, establish a tempo, and record together at the same time. Then we can get more creative after that when we lay down multiple passes on the track.

You had said you made your first record ever in San Miguel De Allende after college ... How did your time there shape who you are as a musician today?
Oh man, that was one of the best times of my life. After graduating college from NAU, I just took off and lived in Mexico for a year. Six months of that time was spent in San Miguel de Allende living, writing, and recording on the top floor of a six-story hotel.

I was learning and recorded my first record on ADAT [Alesis Digital Audio Tape] and reel-to-reel old school recording equipment. I experienced a lot and learned who I really wanted to be as an artist. The only crazy thing was having to unplug all the equipment every time a storm came. The hotel I recorded at had the only lightning rod on the roof, so I'd have to unplug all the equipment or it would get fried. Plus, I might get electrocuted also. Death by guitar, you know. Ha.

The Wiley Ones have a show coming up this Friday at Rebel Lounge. Any words you want to share with fans about the show?
Well, we've been hard at work writing new material. We've purposely stayed away from performing a lot until we had some new music to present to the people. We're looking forward to unveiling three or four new songs this Friday at The Rebel Lounge, then will be getting into the studio. We don't plan on stopping after we release our EP. We will immediately continue to write another one. We're also excited to play with Ebinezer and The Stakes, who are awesome. Come on by and hang with us.

The Wiley Ones are scheduled to perform on Friday September 29, at the Rebel Lounge.