Ski Mask The Slump God: The Fortnite-Playing SoundCloud Rapper Who Leaked His Own Mixtape 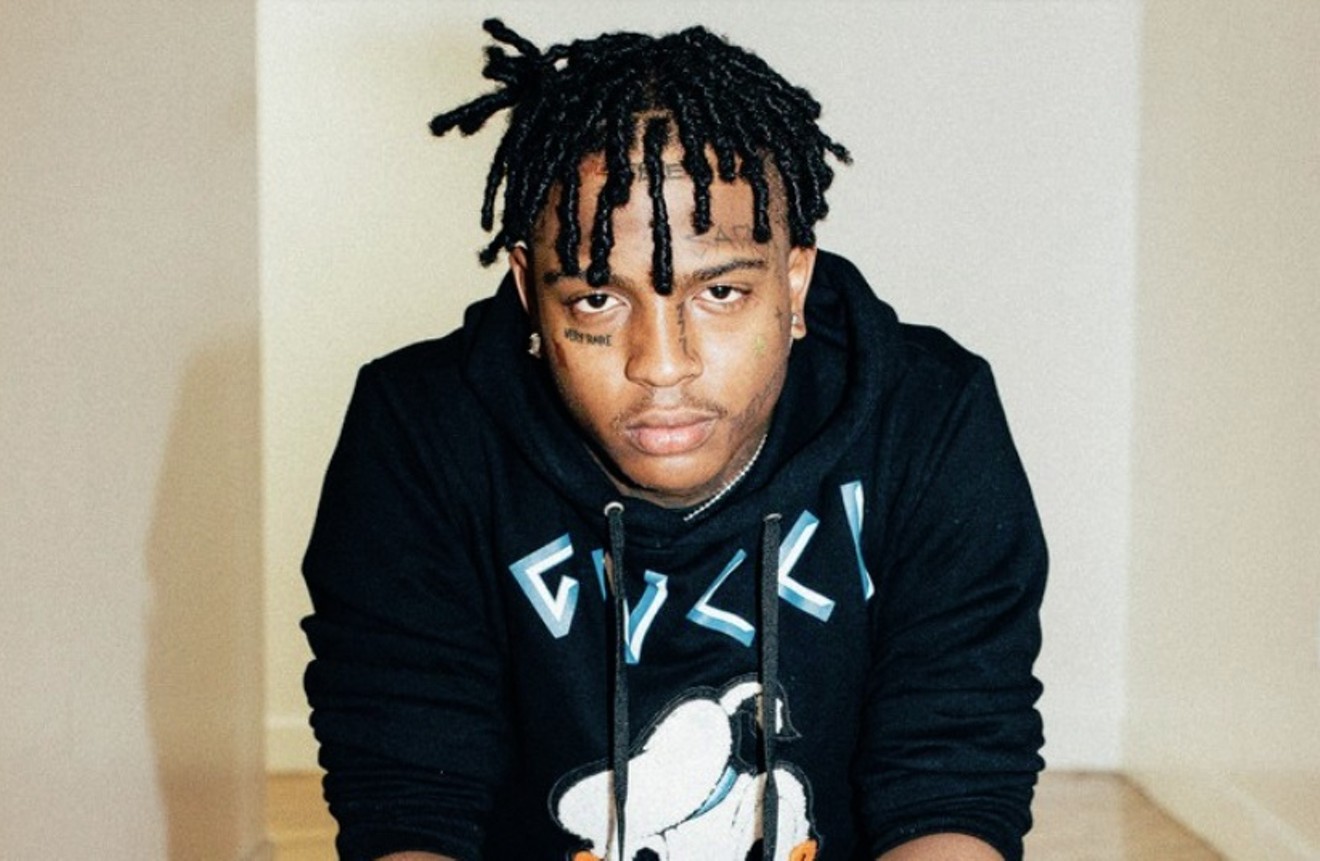 Ski Mask the Slump God is scheduled to perform on Tuesday, August 14, at The Van Buren. Courtesy of Republic Records
Recent hip-hop history is stacked with tales of rappers and labels fighting over album release dates. On many occasions, labels looking for just the right time to promote and drop an album will test the patience of an artist that just wants their record out in the world. Sometimes, it gets as bad as Lil Wayne's conflict with Birdman and Cash Money Records over Tha Carter V, which has been held up for years thanks to contract disputes.

Other times, rappers simply threaten to leak their own work direct to fans: M.I.A., Azalea Banks, Danny Brown, and Tyga have all done so at one time or another. Usually, this is enough to get the label to scramble and appease their disgruntled artists. But this year, thanks to one fed-up SoundCloud rapper, that may be changing.

Back in April, South Florida rapper Stokely Goulbourne, better known as Ski Mask The Slump God, decided to leak his own mixtape. He’d become fed up with his label jerking him around, and he turned to Instagram Live to drag his manager and announce he'd be unleashing his music onto the internet.

“He keeps pushing my tape back because he knows I’m gonna fire him,” the rapper declared. "40K comments on this post and I'll drop the tape — fuck my old management."

To help pull off the caper, he turned, of all places, to his Fortnite buddy, KrazyGio, who also lives in South Florida. For those unaware, Fortnite is a mega-popular first-person shooter game whose cartoonish visuals give it an unusually broad appeal. On the video game streaming platform Twitch, the game has also created a strange economy of players who attempt to gain a following broadcasting their sessions in the game, then monetizing it through donations. The streamer Ninja, for instance, has made millions of dollars doing this, and he's even streamed with Drake and Travis Scott. In other words, it's an intersection of two phenomena — SoundCloud Rap and Fortnite streaming — that could be considered extremely 2018.

Using Ski's SoundCloud account, Gio sneaked the tape, Beware the Book of Eli, onto the platform before it was quickly taken down. It was up for no more than 10 minutes before tracks began to disappear, but thanks to its short runtime — South Florida rap is often compared to hardcore punk, as songs tend to be abrasive, dissonant, and usually under three minutes — listeners that were quick enough got to hear half the tape.

Basically, going to Ski Mask for serious subject matter is a fool's errand. He uses raps like a master sushi chef uses a santoku knife, and words are his raw fish. His goal is to excel in word play, cleverness, and technical proficiency, and so far the approach has succeeded, earning him a spot in the 2018 XXL Freshman Class.

Of course, the same can't be said for Beware the Book of Eli. The "official" version of the tape was released on May 11 of this year. On this version, the vocals remained the same, but many of the beats, some of which had been produced by Timbaland, had been swapped out for inferior production. It wasn't the same tape, and fans consider it a failure. The original tape, meanwhile, is still floating out on the internet, and Ski Mask, undaunted, has announced new music due in October.

Ski Mask the Slump God. With Danny Towers, Bandhunta Izzy, DJ Scheme, and illxchris. 7 p.m. Tuesday, August 14, at The Van Buren, 401 West Van Buren Street; thevanburenphx.com. Tickets are $27 to $45 via Ticketweb.
KEEP PHOENIX NEW TIMES FREE... Since we started Phoenix New Times, it has been defined as the free, independent voice of Phoenix, and we'd like to keep it that way. With local media under siege, it's more important than ever for us to rally support behind funding our local journalism. You can help by participating in our "I Support" program, allowing us to keep offering readers access to our incisive coverage of local news, food and culture with no paywalls.
Make a one-time donation today for as little as $1.