Stone Temple Pilots Are Opening for Nickelback in September 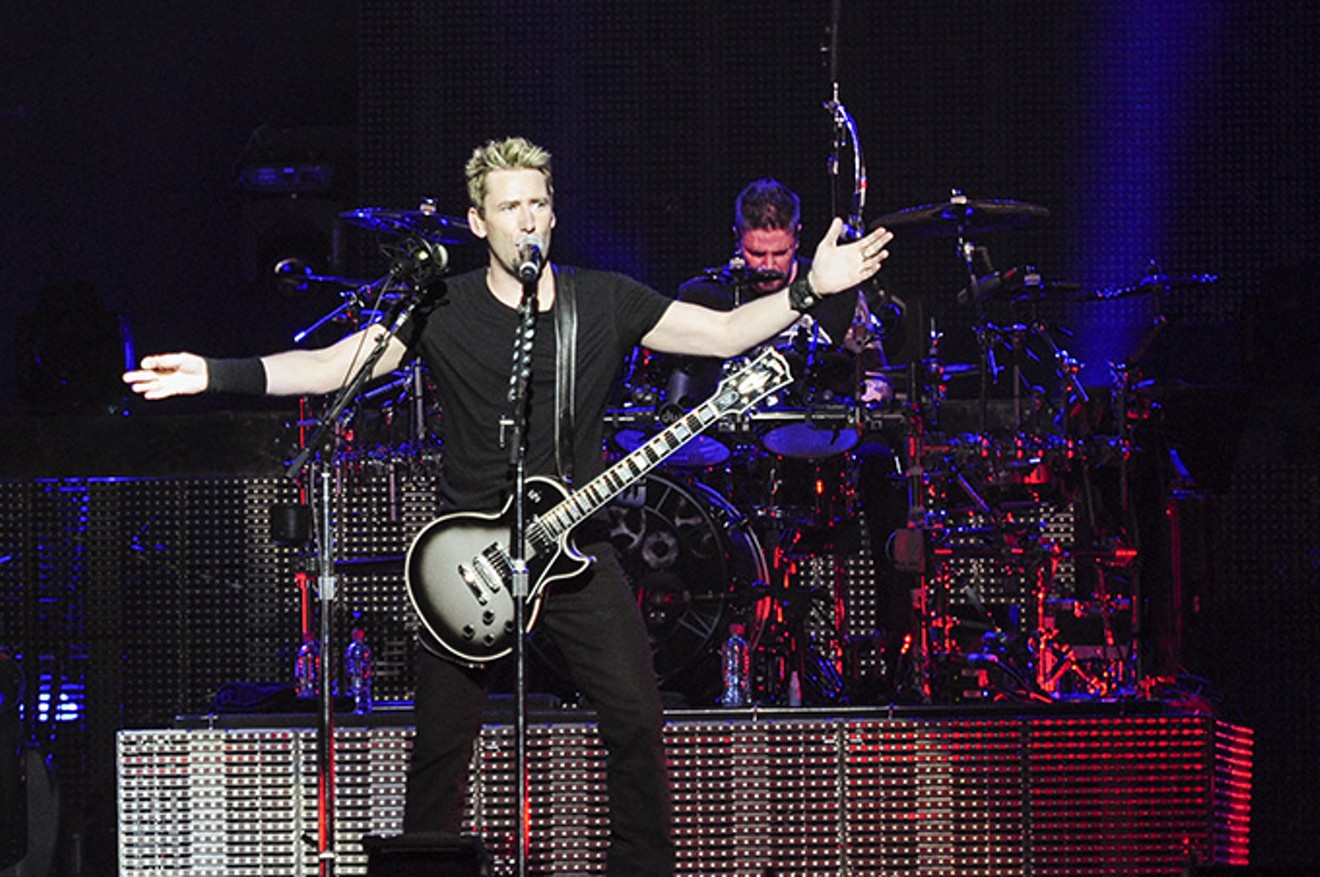 While we continue to wait with bated breath for Rage Against the Machine news, it was announced that Stone Tempe Pilots are opening for Nickelback this year. The two bands will be coming with Switchfoot to Ak-Chin Pavilion on Saturday, September 26.

The "Plush" rockers will be promoting their acoustic album Perdida, which is their second with lead singer Jeff Gutt, who replaced Scott Weiland after his tragic death in 2015, and Arizona native Chester Bennington, who died in 2017.

Nickelback, on the other hand, are celebrating the 15th anniversary of the album All the Right Reasons. They'll be performing the diamond-certified album (over 10 million copies, if you can believe it) in its entirety, so it's guaranteed that you'll hear "Photograph."

Tickets for this show go on sale this Thursday, January 23, at 10 a.m. on LiveNation's website. For a limited time, lawn seats will be $25 (plus fees), which means it will be a little easier for you to leave after STP finishes their set.

Here's hoping things get back to normal soon.
KEEP PHOENIX NEW TIMES FREE... Since we started Phoenix New Times, it has been defined as the free, independent voice of Phoenix, and we'd like to keep it that way. With local media under siege, it's more important than ever for us to rally support behind funding our local journalism. You can help by participating in our "I Support" program, allowing us to keep offering readers access to our incisive coverage of local news, food and culture with no paywalls.
Make a one-time donation today for as little as $1.