The Must-Hear Songs by Phoenix Musicians of July 2022 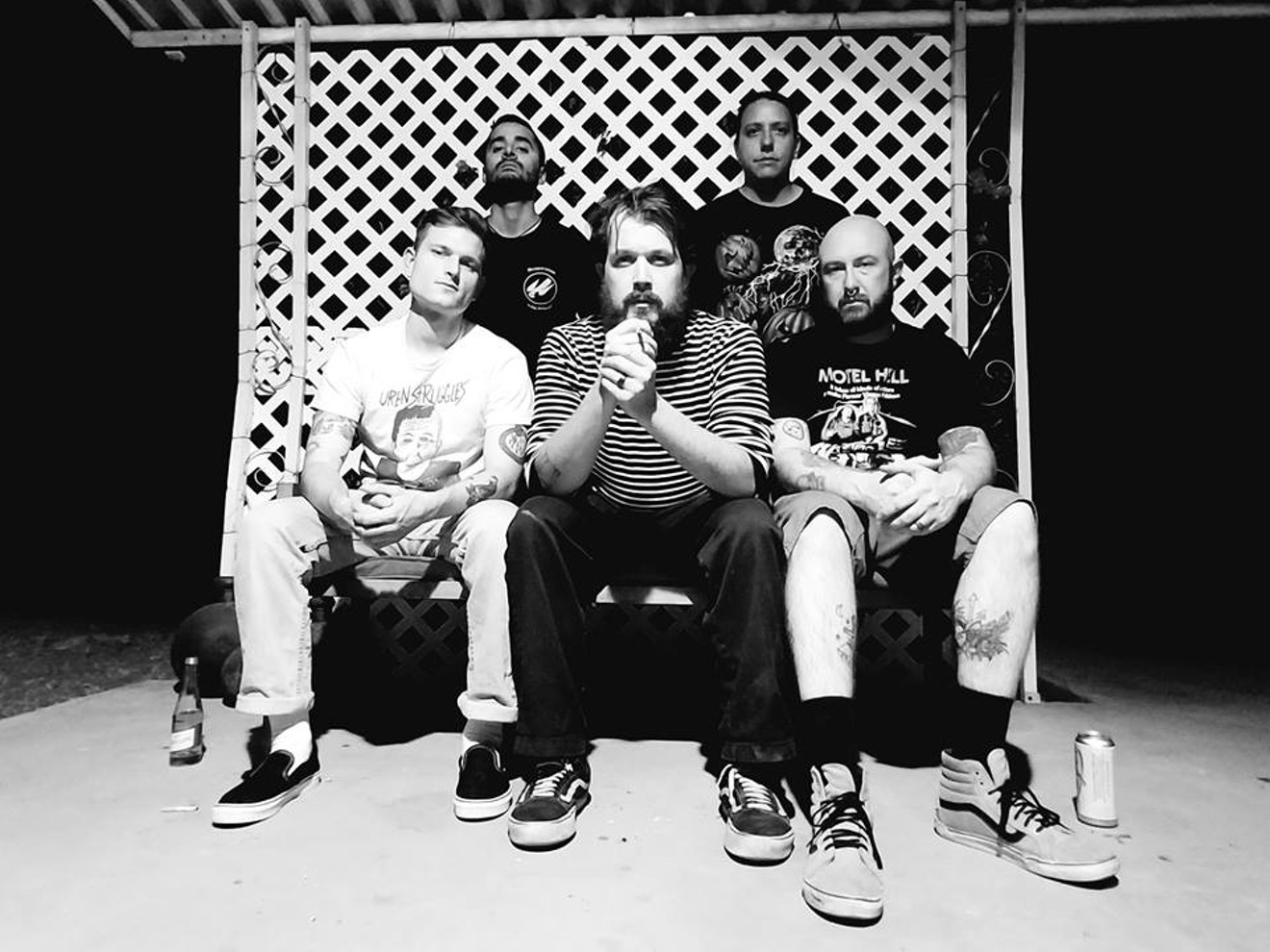 Heavy Breather's will return with Blacked Out on August 1. Courtesy of the band.
The last several years have been challenging for everyone on a few levels simultaneously. (Heck, the last few months alone have been a deluge of bad news and other weird happenings) And here is where we might say that good music can be the best salve for whatever ails you. But that might not always be the case, and there are things that even a great song cannot penetrate. Instead, look at these songs as a perfect example of the things in life worth fighting for — great art that tries to explain our times and give us much-needed direction. Here are our picks for the best local music of the month.

Way back in May 2019, Phoenix New Times profiled Heavy Breather. Composed of members of several other lauded local bands, the five-piece stood out with their sludgy, extra triumphant take on punk. Now, after taking their time to write and record, the band are set to release their sophomore album, Blacked Out, on August 1. Our first taste of the eight-track LP comes with the title track. On the one hand, it's still 140-ish seconds of blown-out, uber cynical punk rock that the band have continually perfected since 2013. On the other hand, it all hits a little differently after all this time apart.

There were a few different reasons why Paper Foxes were named 2021's best local band. Chief among those were singles like "Crystal Ball" and "Power Out," which saw Phoenix's "Death Disco Darlings" up their game in building playful, sometimes dancefloor ditties. This month, they return once more with another cut perfect for cutting the rug in "Heart-Strings." Whether it's those big, chunky synths; the extra sharp croon of frontman CJ Jacobson; or the aesthetic of Berlin-meets-1970s-New-York, this track feels like a profound step up. Just make sure to wear your best skinny suit whenever this song comes on.

She may have relocated temporarily to New York, but Veronica Everheart will always be a beloved local talent. So, when the singer-songwriter drops new music, as she did with the new standalone single "Strawberry Jam," it sort of feels like a homecoming of sorts. Maybe it's that new address, or her ongoing education, but Everheart shines extra luminously across this track, marrying a peppy, slightly funky indie rock jam with extra-sharp lyrics (see, "And I've already found the right words to say / Nothing but reiterations"). Maybe it just goes to prove that home is where the rock is?

Jason P. Woodbury is a Renaissance man here in the Valley. He’s been a writer and editor (including for New Times); hosted several podcasts (including for Wastoids); and he even performs in two bands, Kitimoto and the solo project JPW. It’s the latter outfit that’s been Woodbury’s focus as of late, as he’ll release Something Happening / Always Happening on September 9. So, what sort of musical wonders has Woodbury crafted over his multifaceted career? Why new singles like "Halfway to Eloy," a sleek, earnest rock ballad celebrating the wonders of our wonderful desert home.

CHKLZ, Remix of Belinda Carlisle's 'Heaven Is a Place on Earth'

And speaking of local music wunderkinds, CHKLZ features the talent of Henri Benard, who’s been the drummer for Dry River Yacht Club and Okilly Dokilly, among other outfits. With CHKLZ, though, he fully embraces a love of house and electronic music, and that's never more apparent than with the duo's latest release, the Wedding Smashers EP. Here, Benard and partner LeMarshawn Jean offer up a pair of remixes, Belinda Carlisle's "Heaven Is A Place On Earth" and The Archies' "Sugar Sugar." While both are worthy of your dance moves, the former is a straight shot of late '80s house music magic.

Joan of Arkansas, 'Say Anything'

If you've never heard of this local sludge pop band, there are only two things you really need to know: 1. they describe themselves as weird and loud and 2. they met via Craigslist and Tinder. If you somehow need more info before pledging your unyielding allegiance to the group, then take a listen to their new EP, ¡Distortionista! The entire six-track effort exemplifies their manic take on punk, but pay special attention to the true standout, "Say Anything." This pop-garage mutant hybrid is simultaneously an emotionally poignant power-pop ballad and a crunchy blast of pure garage rock goodness.

Regular readers of this column will know that DOMS are truly great. Every release expertly blurs the line between punk, garage, and psychedelic, and their weirdo aesthetic only expands genuinely great tunes. But now they're trying something a tad different, as DOMCORP VOL. 1 brings in vocalist Dani Heykoop for two tracks, "Order of Operations" and "Impulse Reaction." There's certainly a lot of commonality among the two pieces, with heavy emphasis on angular guitars and heaps of dissonance. But as "Impulse Reaction" demonstrates, Heykoop's presence adds a new layer of depth and bite to DOMS' overall sound.

Through most of 2021, local producer 8OhEight was on something of a roll. That includes February's "Pay​-​Per​-​View," May's Pineapple Banana Bread, and October's That Remix Tape. But while 2022 has been a bit more laid back, release-wise, 8OhEight finally roared back in July with The Cocoa Tape, in honor of a fallen pet. But don't let "dead dog" get you too far down emotionally, as the six-track effort is hugely celebratory. Case in point: "The Dog Park." With heavy drums added to a wistful flute, the track elicits memories of joyful summer days with a canine companion or some other loved one that's since departed.

There's a tendency to think of Mega Ran as just another nerd rapper. But he's so much more than that, and he's put his money where his mouth is with RIGHT TO CHOOSE, The Mixtape. Here, the local MC has gathered together 11 genre-spanning artists to help benefit the Abortion Fund of Arizona. As Mega Ran himself puts it, he views abortion as "a fundamental human right, essential for equality, health, and dignity." And if helping a truly great cause wasn't enough, we get standouts like "Demons" by Frida Kill. This Brooklyn-based band are truly representative of the often angry, always cathartic tunes that make up this vital collection.


Jason Kron, 'You're a Great Place to Raise a Family'

Whether you recognize his name or not, Jason Kron is something of a local music luminary. Across the 2000s, he's been a member of local acts like Treasure Mammal, Sugar Skull Explosion, and Plague Party, among a dozen or so more. Now, he's going solo with Hiding Out 'Til It's Time for Hell, a 12-track collection of horror-themed spoken word paired with ambient backdrops. The whole LP is funny and spooky enough, but be sure to listen to "You're a Great Place to Raise a Family." It's either pulled from a basic cable version of Tales from the Crypt or a lost recording from your weird uncle — either way, a truly kooky gem.