The Six Best Concerts in Phoenix This Week 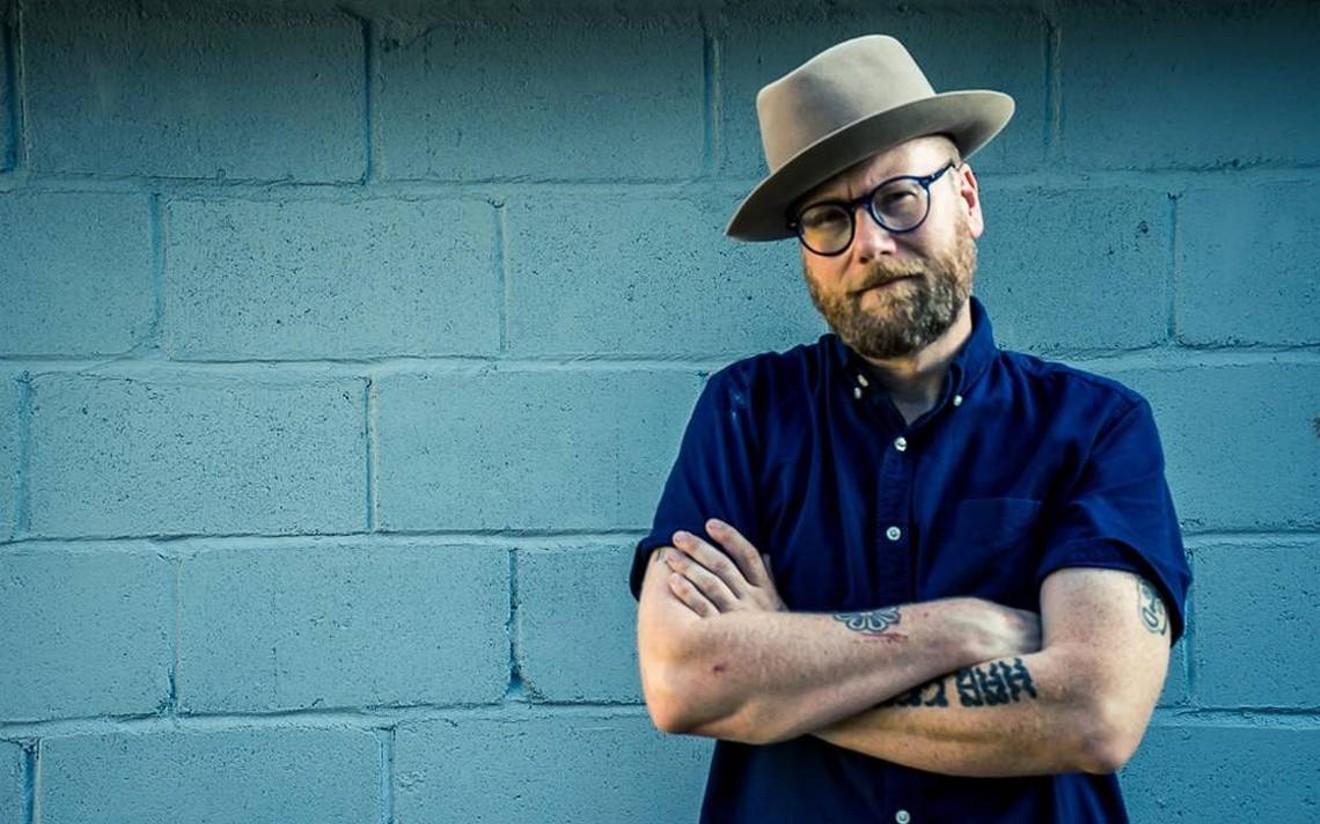 Mike Doughty is scheduled to perform on Tuesday, January 31, at the Crescent Ballroom. Rachel Hurley
The winter doldrums are finally behind us, folks, and we ain’t just referring to the weather. Things will be warming up around the Valley starting this week, both temperature-wise and with the events calendar, as we head into the early springtime. That’s especially true of the live music scene, since we’re on the cusp of festival season and the annual onslaught of big shows and performances by noteworthy and high-profile artists.

And leading the vanguard will be singer-songwriters Mike Doughty (the onetime frontman of Soul Coughing) and the equally esteemed Devendra Banhart, both of whom are due in the Valley in the next few days to perform. Also on tap this week: country scion Shooter Jennings, indie rockers Caterpillars, and the kickoff of the annual Coors Light Birds Nest up at the Waste Management Phoenix Open.

Even more live music options this week can be found in our online concert calendar. In the meantime, here are the best six shows in Phoenix worth checking out this week.

The members of Caterpillars.
Katherine Love
Caterpillars – Monday, January 30 – Valley Bar
Chris Robinson finally had the lineup of his band Caterpillars he always wanted. After years of lineup changes, the Dallas vocalist and guitarist had recorded an album called The Other Side with drummer Stephen O'Sicky, guitarist Drew Black, and bassist Ben Love. They had some great opportunities in front of them, including some shows and press coverage. But then it all fell apart, just as everything seemed to be working out. Against all odds, the lineup got back together in the last year and released their second outing, The Wicked and Wonderful, last October. It's 11 songs of tuneful math pop, with nods to Minus the Bear and the Get Up Kids. It's a step up for this band, and it would not be as strong if it weren't for the performers on the record. Getting to this point took time, but it was certainly worth the wait. ERIC GRUBBS

Not gonna lie, we'd love to go a record store with singer-songwriter Mike Doughty.
Rachel Hurley
Mike Doughty – Tuesday, January 31 – Crescent Ballroom
Mike Doughty has put out 14 albums' worth of solo releases since 2000 (most recently The Heart Watches While the Brain Burns in 2016), which just happens to be the year he left Soul Coughing, the band that put him on the alternative map. The singer-songwriter has never stopped doing his thing, which is pairing some of the most creative lyrics you'll ever hear with equally catchy tunes. Doughty also manages to keep up a steady pace of touring to go along with his almost constant recording. "I like touring," Doughty says. "Well, I haven't always liked it, but there is something about being in motion that I enjoy. I'm just constantly engaged by it. I do probably 80 shows a year." The formerly blond and often bespectacled singer is single and "not responsible for maintaining anyone else's life," making touring "a lot more palatable." Along with Doughty's longtime accompanying cellist, Andrew "Scrap" Livingston, the songwriter will be playing a mix of old and new material during the current tour, including a few old Soul Coughing songs, which he's decided to embrace again in recent years. TOM REARDON

Shooter Jennings
James Minchin
Shooter Jennings – Wednesday, February 1 – Livewire
Shooter Jennings, unlike his legendary father, hasn’t ever been full-on country. Of course, just like Waylon, Shooter’s ambition and unorthodox styles very much make him an outlaw following in his father’s formidable footsteps. Jennings released Countach, an EP that features the skills of Marilyn Manson, among other not-quite-country artists who certainly fit into the outlaw mold. It’s not the first time Jennings has gotten restless inside the confines of country, and few bands can pull off anything put before them the way his can. Waymore’s Outlaws, as it just so happens, was the band Waylon toured and recorded with when he was busy blazing a trail for his own son. KELLY DEARMORE

Singer-songwriter Devendra Banhart.
OSK Studios
Devendra Banhart – Wednesday, February 1 – Crescent Ballroom
Who says busking doesn’t pay? Maybe Devendra Banhart. The beardy folk singer/songwriter tried it back in the ’90s, during his art school days in San Francisco before he dropped out and headed to France seeking some more exciting musical pastures. That choice seemed to work out better, as he got some gigs with indie superstar acts like Sonic Youth and began dazzling Euro rock fans with his neo-psych lyrical poetry. When Michael Gira of longtime noise band the Swans got ahold of Banhart’s music, he didn’t waste time signing them to his Young Gods label, known for keeping a roster of artists who keep their diverse sonic creations off the beaten path. Several albums later, Banhart recently dropped Ape in Pink Marble. This new release’s 13 songs have him continuing to put the freak in the freak-folk sound that rightfully describes his style. His breathy fluidity and vibrato easily channel ’60s folk singers like Donovan and Nick Drake. But even though you can feel that era’s folk fairy dust sprinkled throughout, Banhart’s sound doesn’t commit wholeheartedly to the period. He blends an apparent love of the music of world cultures along with some good old punk-rock snarl that gives his neo-hippie self a bit of a serrated edge. AMY YOUNG


Jake Owen – Wednesday, February 1 – Coors Light Birds Nest
Country may be the only form of modern music left with a consistent sense of humor, and Jake Owen definitely taps into that. The Nashville-by-way-of-Florida singer-guitarist slips a twangy "yee haw" in when he can (see the song by the same name), but he also uses his accentuated southern voice to sing about heartbreak and distrust. Made for the spotlight, Owen's perfect smile and chiseled jaw put him up there with the Kenny Chesneys and Brad Paisleys of the genre — both of whom he's toured with. This week, Owen will pay a visit to North Scottsdale to headline the first of four nights of big concerts at the Coors Light Birds Nest party tent next door to the Waste Management Phoenix Open. We’re guessing it will be just as much of a blast as Owen’s concerts and include many of his hits. BREE DAVIES