They Might Be Giants Are as Fresh and Strange as Ever 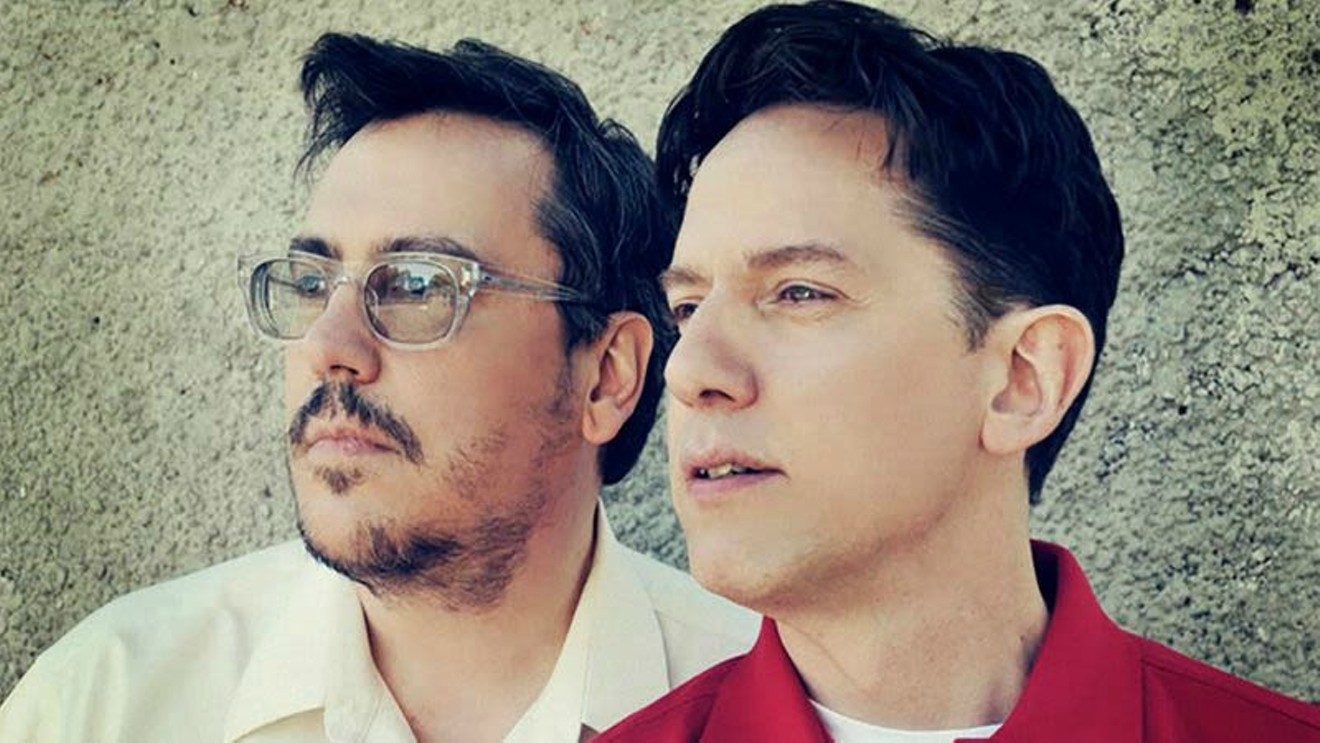 Linnell credits the band’s longevity to their late-bloomer status. “We started out when we were already adults. John and I were in our 20s,” he says. “By the time we got on a major label in the ’90s, we’re both pushing 30. It wasn’t a massive adjustment for us.”

The two Johns have collaborated on 20 studio albums, and 2018’s I Like Fun is the duo’s latest record. Like most of their past albums, the two songwriters worked separately at first and then combined their efforts in the studio. “John and I are uptight to the point that we have to have a song written and finished before we bring it to the studio for real musicians and engineers to work on it,” Linnell says.

Though Linnell and Flansburgh are set in their ways when it comes to recording, that doesn’t mean their sound has stagnated. Where recent albums like 2015’s stellar Glean is more polished and dense, I Like Fun features a sparse production style.

“We’re always going back and forth between the discipline of stripping it down and the pleasure of piling it on,” Linnell says of the duo’s approach to recording. “We just love to overproduce and lard everything up, but we also love the sound of something stripped down to its essential elements.”

The specter of death hangs over many of the songs on I Like Fun, although Flansburgh and Linnell find interesting ways to tackle the subject. For example, Linnell drew inspiration for the track “I Left My Body” from an old cinema trope.

“There’s this movie with David Niven where he dies in a plane crash and goes to this enormous, bureaucratic, Kafka-esque heaven where people are going up and down escalators,” Linnell says. “I love this trope that you have to go to talk to somebody behind a desk and go through all this red tape for a second chance.”

That fixation on the absurdity of existence (and that even in death you can’t escape paperwork) is a running thread through the band’s long body of work. And it’s a discography that’s branched off into many strange tangents: In addition to recording “normal” They Might Be Giants records, the band have also recorded a series of children’s albums, written jingles for Dunkin Donuts, composed songs for films and television shows, and written a slew of songs for their Dial-A-Song service (which they’re bringing back this year).

Thanks to the diminished influence of record labels and radio, modern bands have had to turn to licensing songs for commercials and scoring music for other media to make up for lost album sale revenue. This is a hustle that They Might Be Giants pioneered long before it became a necessity for so many other groups.

When asked how he thinks the band would have fared if they had started out in today’s musical world, Linnell is sanguine.

“People who are motivated can work extremely cheaply,” he says. “If we started out today, we might not be commercially successful, but we’d be able to keep going because of all the resources that exist now.”

What continues to motivate Linnell and Flansburgh in 2018 is the same impulse that drove them to work together in 1982: the work itself.

“We started off wanting to to explore these musical ideas, and we were going to do it whether anybody else was listening or not,” Linnell says. “And I think if people had stopped paying attention, we would have kept on doing it, as crazy as that sounds.”

They Might Be Giants will be performing on Tuesday, February 27, at The Marquee Theatre in Tempe. Tickets are $25 to $55 via Lucky Man.