Thundercat Proves Bassists Can Be Guitar Heroes, Too 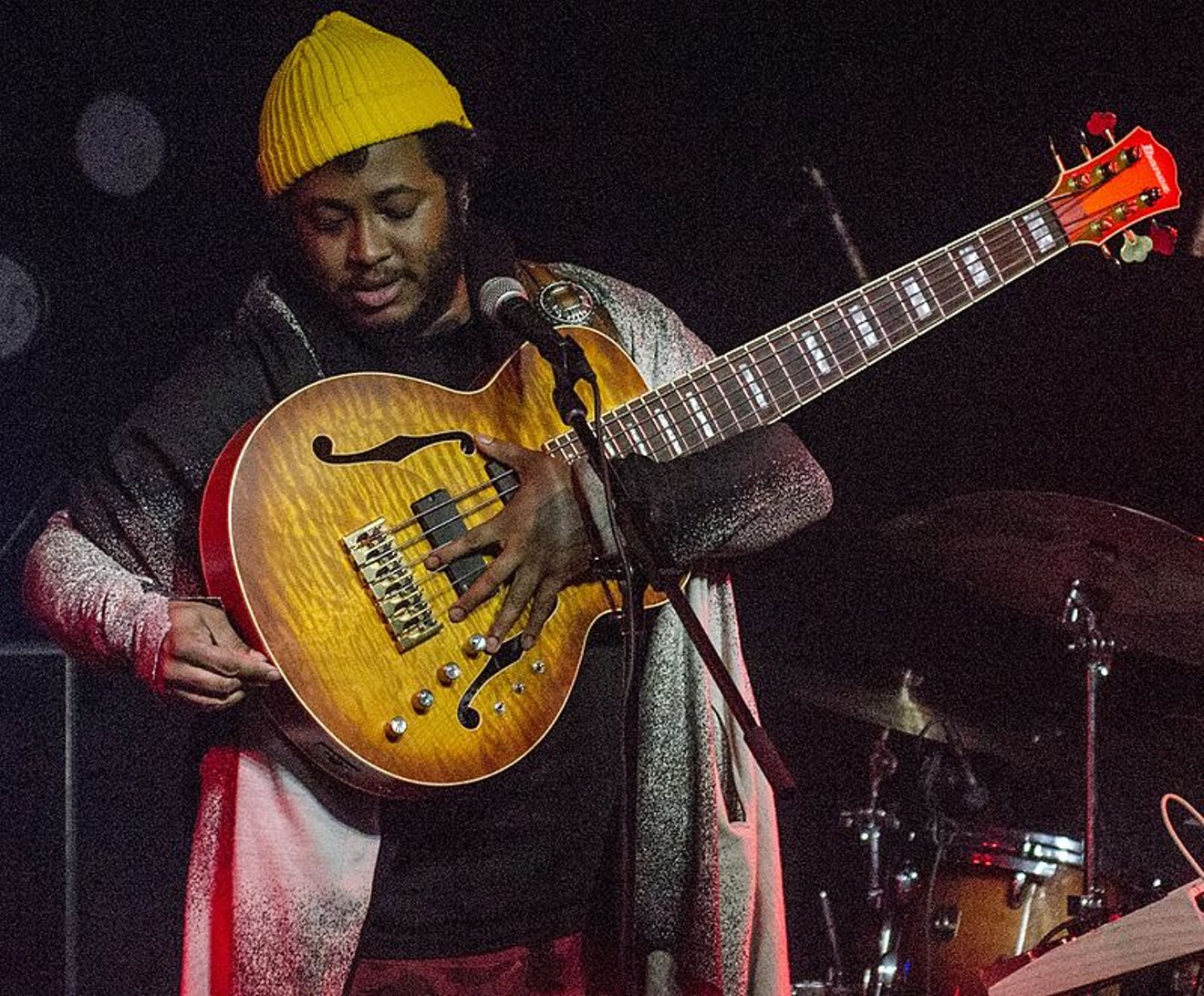 Thundercat brings the bass to The Van Buren. Drew Yorke/The Come Up Show
Being a bass player can be a thankless job. Out of all the components in a classic vocals, guitar, drums, and bass band setup, bassists are the ones least likely to get the spotlight. While drummers get tagged as “the dumb ones,” bassists are the butt of a thousand “Oh ... you’re the bassist?!” disappointed-groupie jokes.

There are guitar heroes aplenty out there, and legendary skin-pounders like Keith Moon. A big reason for that is just the nature of their instruments. You can look flashy and cool shreddring a guitar or assaulting a drum kit with limbs whirling around you like a Hindu god. Someone playing the bass with their tongue wouldn’t have the same effect. Best-case scenario, they’d look like Flea.

How many famous bassists can most people name? Bootsy Collins? Paul McCartney doesn’t count. When people think of Macca, his sweet bass lines aren’t the first thing that comes to mind. Kim Deal? Maybe the guy from Fall Out Boy? It’s a short list. Which is a shame.

Bass lines have been the spine holding together countless musical genres, from rock and funk to reggae, disco, and beyond. Bassists shouldn’t be short-changed in the esteem department.

There is one bassist out there who’s making the case that bass-slingers can be rock stars in their own right: Stephen Bruner, a.k.a. Thundercat. A singer who also plays guitar and keys, Thundercat is best known for his fluid bass-playing. Wielding four-string and six-string bass guitars, he conjures a bass sound that’s rubbery and ephemeral. It’s funk music for the astral plane.

Looking at Bruner’s background, it’s easy to see where his musical virtuosity comes from. Born into a family of musicians, he joined Suicidial Tendencies at the tender age of 16. Bruner became a session musician, lending his deft touch to records including Erykah Badu’s New Amerykah. But it’s with fellow cosmonaut Flying Lotus that the bassist’s sound and style really started going into interstellar overdrive.

After working with Flying Lotus on the producer’s Cosmogramma LP, Thundercat began releasing his own music. Fusing together the exploratory experimentation of jazz with funk’s grounded earthiness, Thundercat made music that was beautiful and weightless. If anyone was born to make music that astronauts could fuck to in space, it’s Stephen Bruner.

The bassist gained recognition as his working relationship with Flying Lotus grew deeper. Thundercat also forged close ties with another innovator, Kendrick Lamar. Bruner’s snapping, loose-limbed basslines are one of To Pimp a Butterfly’s most striking musical signatures.

Thundercat has more in common with Lotus and Lamar than a taste for musical experimentation. His music also plays with many of the same themes that both artists wrestle with — in particular, death. While Flying Lotus’s You’re Dead! (which Bruner played on) made a bigger impression on critics and the public (thanks in part to its stellar Kendrick joint “Never Catch Me”), Thundercat released his own compelling musical journey into the land of the dead: 2015’s haunting EP The Beyond/Where the Giants Roam. With its ectoplasmic bass lines and Thundercat’s mournful sighing vocals, it’s one of the finer combination head albums/funk records to come out since Funkadelic’s Maggot Brain.

With the release of 2017’s Drunk, Thundercat fully shook off the sideman mantle to become a bona fide star. A record packed with indelible jams (like The Isley Brothers-sampling “Them Changes”), it also features high-profile collaborations with Lamar, Pharrell Williams, and yacht-rock icons Michael McDonald and Kenny Loggins. The bassist has become a full-on bandleader. No longer just a satellite of rhythm orbiting a band, he’s now the center of gravity.

Thundercat is playing on Thursday, August 31, at The Van Buren. Tickets are $20-$40 via thevanburenphx.com.