Valley Native UPSAHL Is Riding the Waves Toward Pop Stardom 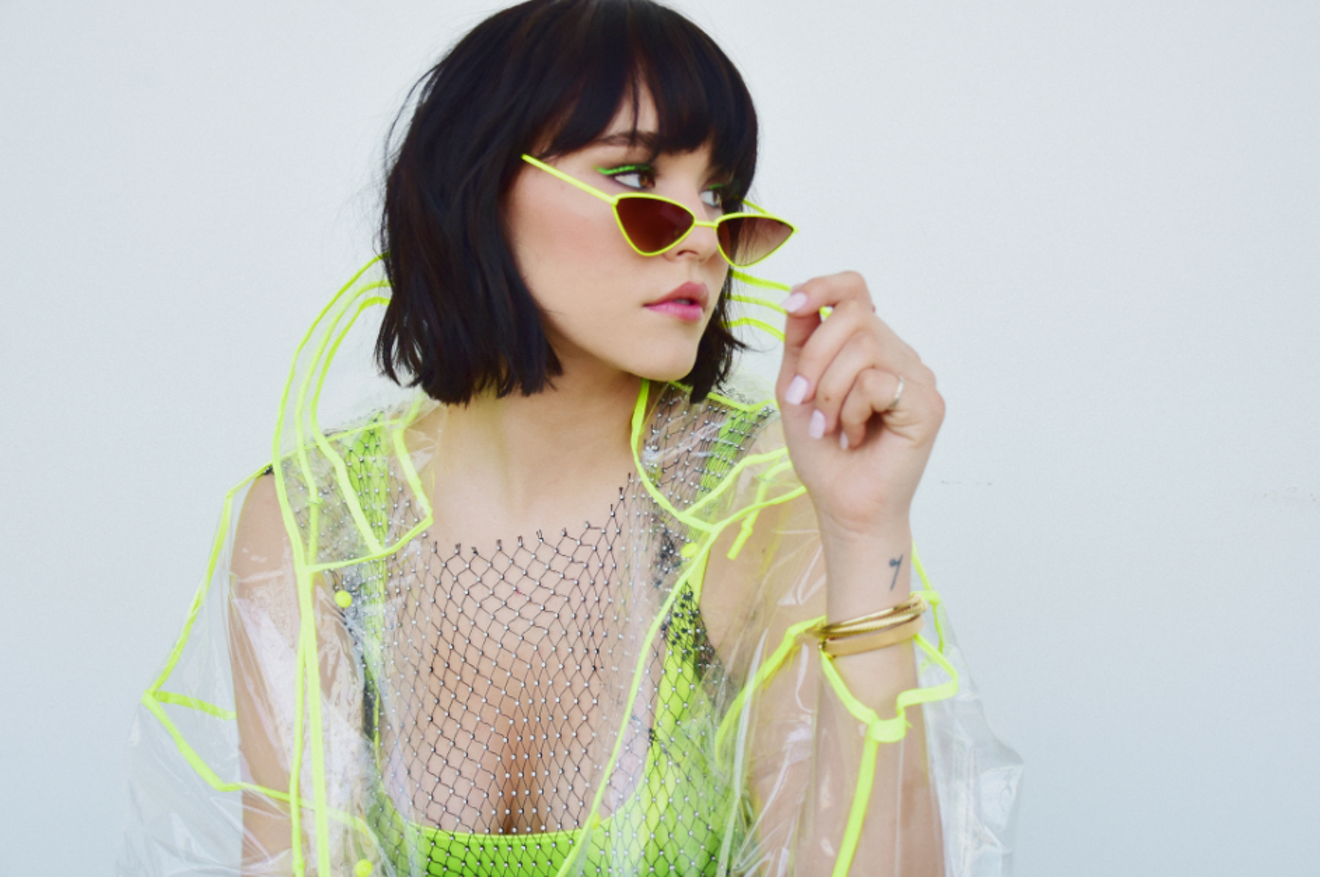 In March, Phoenix New Times touched base with singer and Valley native Taylor Upsahl, who’d been making waves since relocating to Los Angeles to record and perform as the mononymous UPSAHL. At the time, the 20-year-old was promoting her debut EP, Hindsight 20/20, and recently had returned from her first national tour.

Upsahl’s upped the ante considerably in the months since. She released the forceful new single "Wish You'd Make Me Cry" earlier this year. Then, she played Chicago's Lollapalooza festival in early August.

"It was insane," she says during a recent phone call. "I don’t think it’s sunk in yet that it actually happened. I remember freaking out before that people wouldn’t come. But then a bunch of people showed up and knew the lyrics."

A week after Lolla, Upsahl opened for Young the Giant and Fitz and The Tantrums at the equally daunting Comerica Theatre. As she explains it, Upsahl approaches every show the same, which speaks volumes of her artistry at such a young age.

"I always bring the same level of hype, whether I’m playing a club or a huge arena," she says. "Even if there’s four people, me and those four people are about to have a party."

Upsahl returns to Phoenix this week, opening for Tessa Violet at the Valley Bar before hitting the road with PVRIS for the remainder of September. Even if she's still something of a newbie, Upsahl's already developed a thoughtful approach to touring life.

"I usually freak out at little things," she says. "But on the road, 20 different things go wrong. I'm learning to roll with the punches, ‘cause you'll get to do the show anyways."

Upsahl's biggest challenge has been adjusting to life in L.A. Yet her travels and experiences have made the transition less terrifying.

"L.A. is very saturated with people who do music, and it's easy to get down on yourself," she says. "I've learned to not compare myself with others, and someone told me recently to compare yourself with where you were a year ago. I'd lose my mind if I weren't self-checking."


Ultimately, that levelheadedness stems from her early life in Phoenix. She calls the whole scene "really supportive," with local radio stations and artists alike providing support since she debuted around age 12.

"I'm so lucky I started doing music in a place like Phoenix," she says. "It's one of the places where I can just pick back up where I left when I come back. Phoenix is one of the biggest parts of me."

Upsahl recognizes that despite her insights, she's still quite young and smack-dab in the middle of a tumultuous period for most people. But it's an exciting time creatively, with "mainstream pop in a really weird place, where music's about creating what you want." As such, Upsahl's taking advantage of her creative opportunities.

"I did the math the other day, and since moving to L.A., I've written 350 songs and released eight of them," she says. That process has helped her "become more confident" in herself and her art. Upsahl describes her most recent efforts as "being in an alt world," drawing influence from the likes of Spoon and Weezer, with "worlds of guitars and real drums."

"Musically, it's inspired by OutKast and Gwen Stefani," she adds. "But lyrically, it's got that bad-bitch energy. Confident, fun, badass stuff."

Upsahl hopes to use the rest of 2019 to release said tunes and even some music videos, in addition to her packed touring schedule. With nary an "actual plan" to go off of, Upsahl's just enjoying the journey.

"Everything that happens, every step, is something new for me," she says. "I'm just really thankful and grateful."

UPSAHL is scheduled to perform Tuesday, September 3, at Valley Bar. Tickets are $15 via Ticketfly.
KEEP PHOENIX NEW TIMES FREE... Since we started Phoenix New Times, it has been defined as the free, independent voice of Phoenix, and we'd like to keep it that way. With local media under siege, it's more important than ever for us to rally support behind funding our local journalism. You can help by participating in our "I Support" program, allowing us to keep offering readers access to our incisive coverage of local news, food and culture with no paywalls.
Make a one-time donation today for as little as $1.
Chris Coplan has been a professional writer since the 2010s, having started his professional career at Consequence of Sound. Since then, he's also been published with TIME, Complex, and other outlets. He lives in Central Phoenix with his fiancee, a dumb but lovable dog, and two bossy cats.
Contact: Chris Coplan
Follow:
Twitter: @CCoplan