The 2017 Vans Warped Tour lineup is bringing in "legacy acts" like CKY and way more. Louie Kovatch
Whoever said no one likes you when you’re 23 was dead wrong and also not playing the 2017 Vans Warped Tour, presented by Journeys. The 23rd annual touring music festival is scheduled to hit Phoenix early in the tour on June 22, with bands including CKY, Strung Out, and the Acacia Strain.

The 2017 full music lineup was recently announced by webcast from Full Sail University in Winter Park, and looks like the list is gunning to satisfy all crowds. The lineup has everyone from Fat Wreck Chords staples like Strung Out, the Dickies, and Sick Of It All to the theatrical types like GWAR and local acts like Playboy Manbaby and Futuristic. Beartooth and Memphis May Fire are joining, while the former/current ska kids will grin at mention of Goldfinger and Save Ferris on the roster.

Overall, attendees will have a chance to see some soon-to-be discovered acts, some old favorites (with some throwback sets in the mix), and a few bands that are pretty hot right now.

There will also be 40-minute workshops put on by the Entertainment Institute (TEI) happening backstage, where gurus (artists) will have everything planned from music lessons to in-depth conversations about creating music and life on the road. Gurus include War On Women’s Shawna Potter on “Creating Safer Spaces,” rock photographer Lisa Johnson on “Life In The Pit: The Rock Photographer Experience,” and CKY’s Chad Ginsburg, Matt Deis, and Jess Margera on “CKY's Warped Wheel of Wonders” – a.k.a. your chance to ask them about Gnarkill.

The Phoenix date is Thursday, June 22, at the Fear Farm Festival Grounds. Gates open at 11 a.m., and tickets start at $49. They're available at the door or through the Vans Warped Tour website – where you can also sign up for TEI workshops.

Here is a breakdown of who’s playing where at the 2017 Vans Warped Tour: 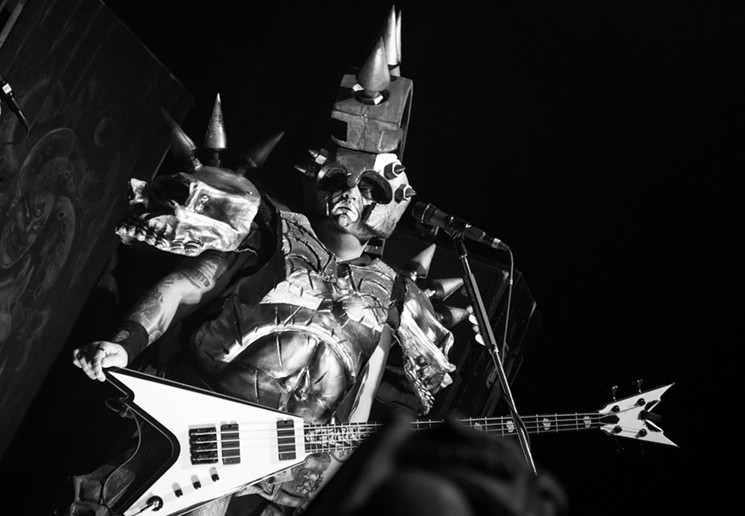