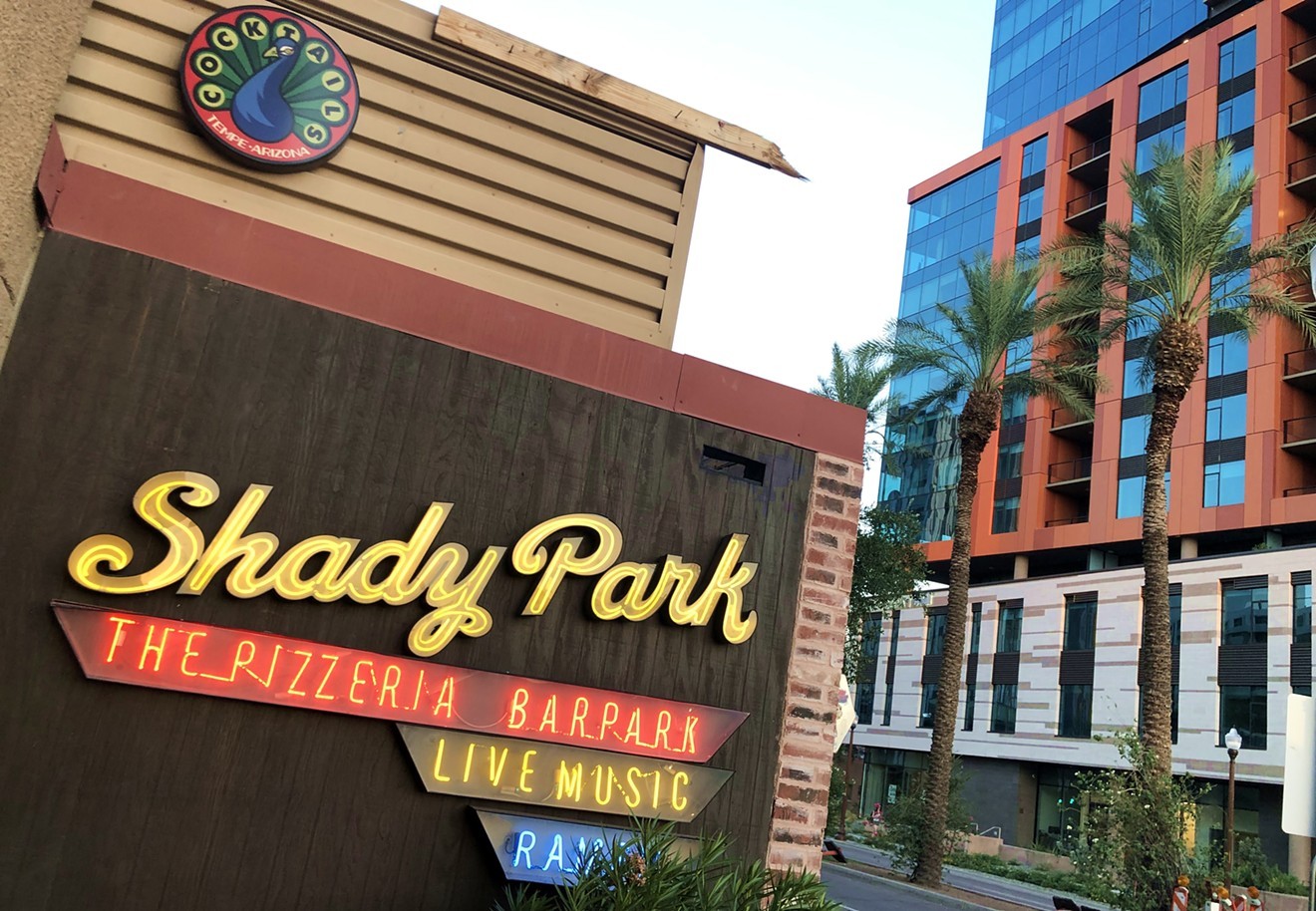 The exterior of Shady Park in Tempe is shown, with Mirabella at ASU located in the background. Benjamin Leatherman
Maricopa County voters have chosen to retain a controversial Superior Court judge who ruled against Tempe music venue Shady Park in its legal battle with a neighboring senior living apartment building.

Judge Brad Astrowsky, who has served on the Maricopa County Superior Court bench for 10 years, won retention in the general election on November 8 after receiving 62 percent of the vote.

In Arizona, trial court judges on the state level and in most counties (including Maricopa County) are appointed by the governor and can then be voted by the public every four years to retain or lose their seats.

Astrowsky, who was appointed in 2012 by then-Arizona Governor Jan Brewer, was one of 47 Maricopa County Superior Court judges up for retention in this year’s general election. All but three judges were retained.

Astrowsky was previously voted to retain his seat in 2014 and 2018.

Timothy Tait, a spokesperson for the Judicial Branch of Arizona in Maricopa County, told Phoenix New Times it's “very rare” for voters not to retain judges under the current system, which has been in place since 1970.

Astrowsky’s victory came despite calls for him to not be retained due to receiving an official reprimand for judicial misconduct and for a controversial decision in a separate family law case.

A History of Judicial Controversy

In 2019, Astrowsky was reprimanded by the Arizona Commission on Judicial Conduct after he delayed issuing a final judgment in a divorce case four months past the legally required 60-day deadline.

Two years later, he presided over a tumultuous custody battle involving the children of onetime Major League Baseball player David Segui. Astrowsky issued a ruling that sent the kids to Family Bridges, a controversial and unlicensed “reunification camp,” where they were reunited with their allegedly abusive mother and cut off from communicating with Segui.

Astrowsky’s actions in both cases caused Civic Engagement Beyond Voting, an Arizona-based nonpartisan organization aimed at raising voter awareness, to recommend in its Gavel Watch “report card” on local judges that he shouldn’t be retained.

Fans of Tempe bar, restaurant, and music venue Shady Park also felt Astrowsky should have been booted from the bench, albeit for different reasons. 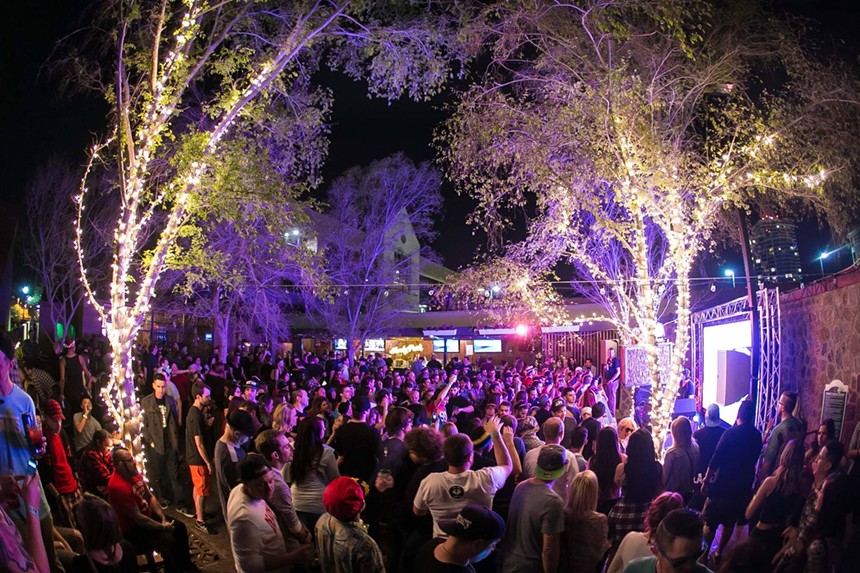 A show takes place on the outdoor patio at Shady Park before its owners added a roof and noise-reducing elements.
Jacob Tyler Dunn

Involvement With Shady Park vs. Mirabella

Earlier this year, the judge became involved in the high-profile lawsuit against Shady Park by Mirabella at ASU, a neighboring senior living apartment building owned by Arizona State University, over noise issues.

In June 2021, the long-running venue got into a public spat with the 20-story "intergenerational community," which had opened across the street the previous year, after residents complained about the volume of electronic dance music shows.

In response, Shady Park owner Scott Price installed step-pyramid roofing and other sound-reducing measures in hopes of “[making their] neighbors happy.” The improvements didn’t resolve the issue, though, and Mirabella at ASU filed a lawsuit against Shady Park in October 2021.

In April, Astrowsky ruled in Mirabella's favor and imposed stringent noise restrictions on Shady Park, including ending shows at 11 p.m., and preventing them from starting before 7 p.m. on weekdays and 2 p.m. on weekends.

"No credible evidence was presented to support the conclusion that the installation of the canopy had any impact on mitigating the volume and bass emanating from Shady Park," Astrowsky wrote in his decision. "To the contrary, the testimony of Mirabella residents, residents of neighboring apartments, and guests and management of neighboring hotels strongly suggests that the canopy had little-to-no impact on noise and bass levels."

As a result, Price canceled all future EDM events at his venue. He's currently appealing the decision, and the matter is set to go to court next month, though Astrowsky won't be involved.
Weeks after his decision in the Shady Park case, Astrowsky voluntarily recused himself from the case after hiring a courtroom assistant who had previously worked at Snell and Wilmer, the Valley law firm that’s representing Mirabella at ASU. According to Maricopa County Superior Court documents, the judge removed himself to “avoid any appearance of a conflict” in the lawsuit.

In response to Astrowsky’s ruling, a number of Shady Park fans and patrons took to social media and sites like Reddit in the months leading up to November’s general election to urge that Astrowsky be voted out in his retention election.

New Times was unable to reach Astrowsky for comment on matters relating to the case or his retention victory.
KEEP PHOENIX NEW TIMES FREE... Since we started Phoenix New Times, it has been defined as the free, independent voice of Phoenix, and we'd like to keep it that way. With local media under siege, it's more important than ever for us to rally support behind funding our local journalism. You can help by participating in our "I Support" program, allowing us to keep offering readers access to our incisive coverage of local news, food and culture with no paywalls.
Make a one-time donation today for as little as $1.