Xambuca used Scrabble tiles to come up with their name. M. Fortune 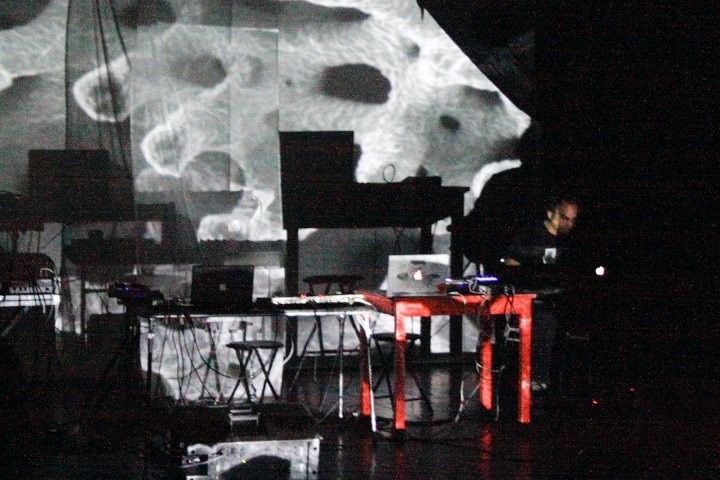 Xambuca used Scrabble tiles to come up with their name.
M. Fortune
In every round of the decades-old board game Scrabble, you get seven lettered tiles to create a word. Chandra Shukla rearranged tiles from that game and came up with Xambuca, and decided to utilize it for his musical project.

That was back in 1995, so obviously it stuck. In those early days, his experimental, electronic music project was collaborative, keeping an open door to a revolving cast of co-conspirators.

These days, Xambuca is more of a two-person project, featuring Shukla of course, and Geo Lynx, who provides the video visuals that make the live show even more of a trippy affair. The soundscapes that Shukla creates are diverse and unpredictable; his many years of experience have rendered him able to make sonic twists and turns flow seamlessly from one part to the next. A drone-y buzz might pull you into a comfortable lull, where you’ll rest as long as he lets you. You could be pulled gracefully from that trance by a soft, climbing beat, or rattled from that mellow mood by a harsher, noisy wall of fuzz. Throughout the aural adventure, mutable videos filled with text and imagery increase the headiness of the experience.

Xambuca perform Monday, June 25 at The Lunchbox. Tickets are $8 via lunchboxphx.com.
KEEP PHOENIX NEW TIMES FREE... Since we started Phoenix New Times, it has been defined as the free, independent voice of Phoenix, and we'd like to keep it that way. With local media under siege, it's more important than ever for us to rally support behind funding our local journalism. You can help by participating in our "I Support" program, allowing us to keep offering readers access to our incisive coverage of local news, food and culture with no paywalls.
Make a one-time donation today for as little as $1.