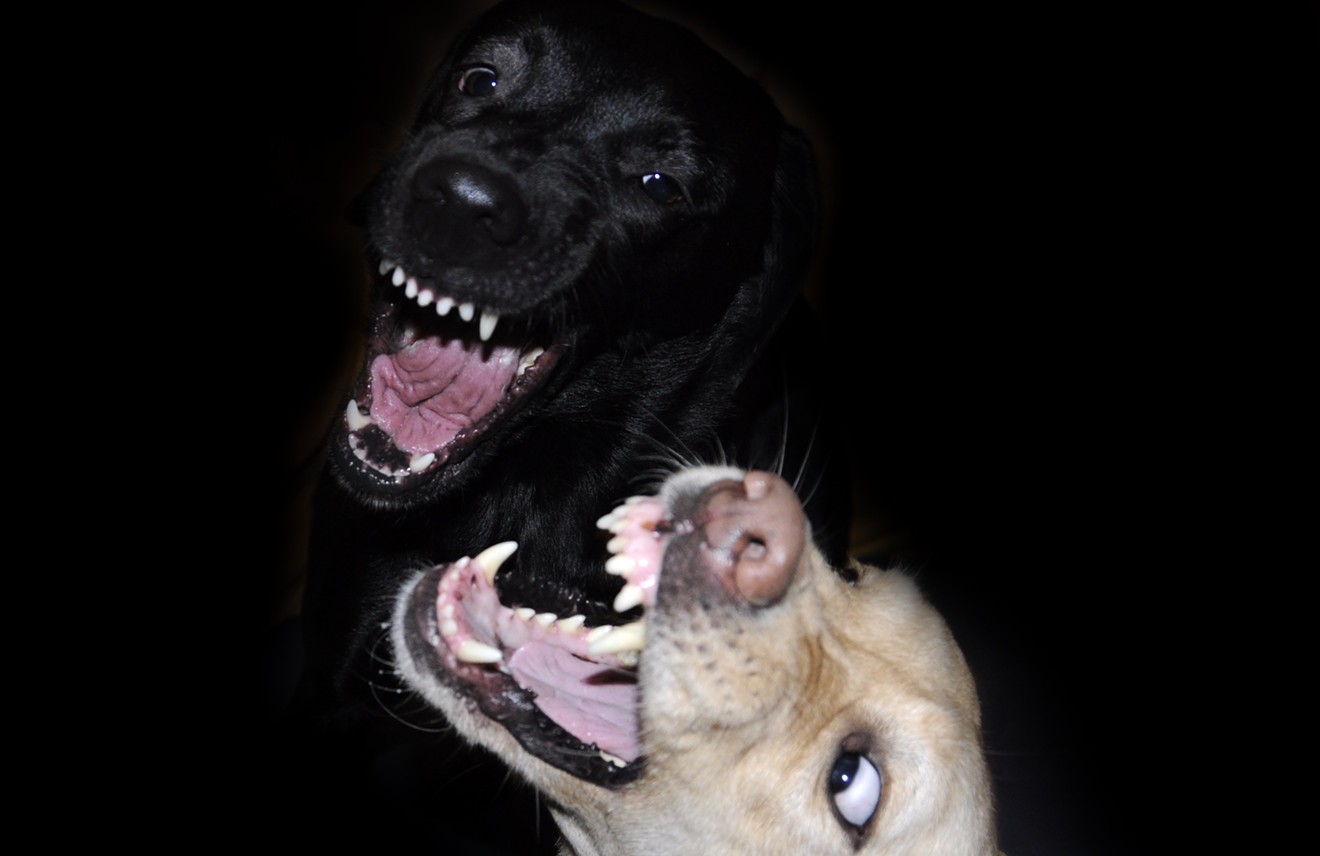 Smerikal via Flickr
Two Swedish women mauled by dogs in a Camp Verde home in 2015 are suing for damages with the help of a California celebrity lawyer.

The violent incident left a foreign university student and her friend with scars and stacks of medical bills, .

"It was a very vicious attack," said Beverly Hills lawyer Perry Wander, who counts celebrities including Michael Madsen, Lindsay Lohan, and Warren Beatty among his clients. "We intend to go to trial if we can't recover fair compensation."

Alva Lantz and Lovisa Jansson seek $500,000 in compensation and damages from Derek and Lisa Marie Mina of Camp Verde, according to a federal complaint (below) filed in Arizona last week. It was first filed in California U.S. District Court in January before transferring to Arizona.

Lantz, who's from Sweden, attended Northern Arizona University as a foreign-exchange student and was living at the Minas' home on October 21, 2015, the day of the attack, Wander said.

Jansson was visiting from Sweden and had attended NAU in the past. While the Minases were at work, she came over to help get ready for a three-month road trip she and Lantz had planned.

Patches, one of the Minases' three dogs, was known to be aggressive and was kept in a cage throughout the day, the complaint states.

As Lantz and Jansson visited, Patches escaped from the cage and got into a fight with another dog, Ally.

Alva Lantz following the October 2015 dog attack.
Courtesy of Perry Wander
Trying to help, Lantz opened the door to Patches' cage. The 50-pound dog "lunged" at her, knocking her to the floor.

"While on the ground, Ms. Lantz was stuck in the middle of the brutal dogfight and further attacked and bitten by both dogs," the complaint states.

Patches then bit Jansson as went to Lantz's aid.

"She felt an excruciating pain in her ankle; Patches was biting into her left leg and through her Achilles [tendon]," the complaint states. "Once she broke free of the dog's bite, she was unable to walk, became faint and fell to the ground."

She was soon able to "hop" to a phone and call 911. An ambulance, animal-control personnel and police arrived at a bloody scene with Lantz "immobilized on the ground."

Each received stitches for the bites after being driven to a hospital.

They began their road trip as scheduled, starting California, but had to make doctors' visits along the way, Wander said.

Jansson has since needed three separate surgeries to remove bone fragments and some of Patches' teeth from her ankle, Wander said.

Wander allowed the Phoenix New Times to review photographs of the women's injuries after agreeing not to publish them. The photos show that Jansson has several scars on her ankle and Lantz has extensive scars on her right hand, right ankle, and right knee.

Jansson's bites became infected, complicating her recovery. Both women are suffering ongoing range-of-motion or pain issues, and both reportedly have experienced mental anguish from the attack.

Patches was put down after the attack, Wander said. He was uncertain of the dogs' breeds.

Messages left for the Minas weren't returned. Lantz and Jansson, who ultimately returned home to Sweden, didn't return messages on social media; Wander said he advised them not to talk to the press directly.

Perry Wander
PCWLawyer.com
The Minases were negligent in the attack because they didn't take the proper steps to control Patches, a dog they should have known was violent and prone to biting, the complaint alleges.

But Wander admitted his real target is their insurance company, CSAA Insurance Group, which has so far refused a settlement that the victims find acceptable.

In a demand letter he sent the company, which is a division of AAA Insurance, Wander pointed out that Arizona law makes dog owners "strictly liable" for injuries caused by the animals whether the owner knows the dog is vicious.

Because of that, the insurance company ought to settle the case fairly — but it hasn't, leading to the federal complaint, Wander said.

CSAA has been low-balling a possible settlement, refusing to even cover the women's combined medical bills in the United States of about $75,000, he said, much less the damages he believes the women deserved.

The company "has negotiated in bad faith," Wander claimed. "Their settlement offer was appalling ... They're taking advantage of the fact these women are young girls and are in Sweden."

Wander said he's unable to sue CSAA directly and that the Minases "should strongly encourage their insurance company to settle this case."

Sean Olk, a California attorney who represented the Minases in that state, declined comment.

Hearings in the case have not yet been scheduled as of Monday.

Read the complaint below: