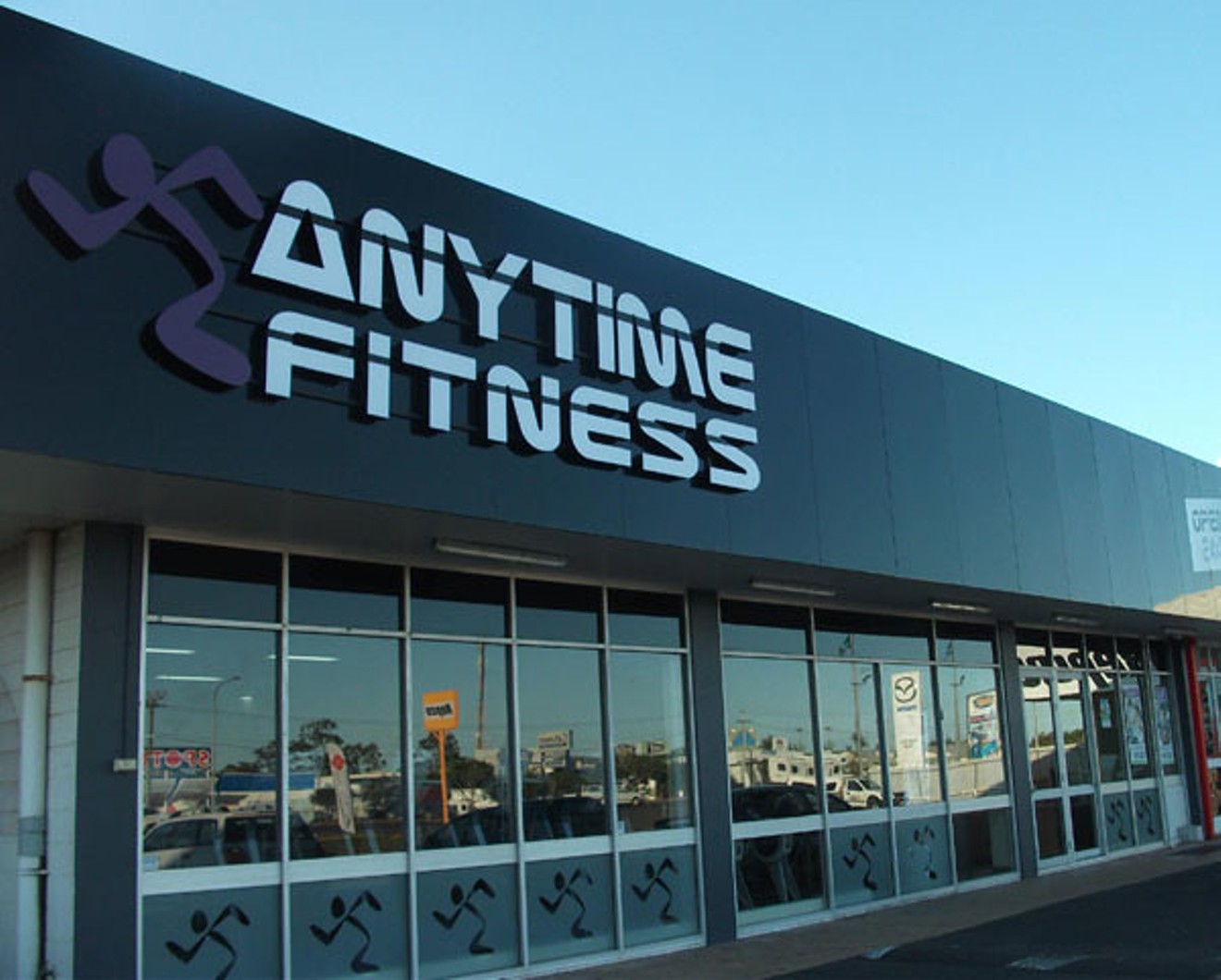 An Anytime Fitness franchise Peter Heat, CC 2.0
Everyone hates text message promos. But not everyone sues over them.

The Scottsdale personal trainer was so peeved over unsolicited texts allegedly sent from two Arizona  companies associated with Anytime Fitness, he took them to court.

Bergeron filed a federal class action lawsuit on Thursday claiming the businesses violated telemarketing laws when it sent him text messages without his prior written consent.

"Join Anytime Fitness for $1," the text read, adding that the the deal requires a yearlong commitment. "Text STOP to end."

Bergeron replied: "STOP." But the deals did not stop coming.

A second promotional text advertising the same deal popped up on his phone "within days of the first message." Bergeron was displeased.

His lawsuit also cites tweets from other apparent victims of Anytime Fitness promo texts, though it does not specify where the they live. 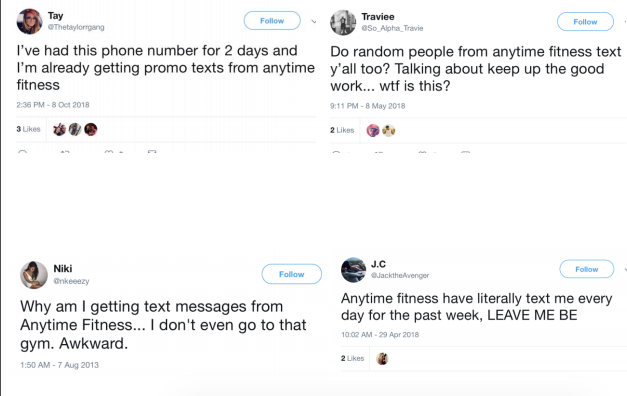 The personal trainer claims the Anytime Fitness promo texts violate the Telephone Consumer Protection Act, which prohibits the use of automatic dialing systems for any nonemergency purpose without the recipient's prior consent.

Anytime Fitness, a Minnesota based franchiser, oversees more than 4,000 locations around the world. A spokesperson for the corporation declined to comment.

Bergeron's lawsuit specifically targets companies operating or intending to operate Anytime Fitness locations in the Valley. Ken Urakawa, the statutory agent for one of the companies, said he started the business "15 years ago" with the intention to open an Anytime Fitness, but that never happened. "We didn't do that. I haven't thought about it in 14 years," he said. The other business did not respond to a voicemail seeking comment.


Bergeron deferred questions to his attorneys, one from North Carolina, the other from Florida. Scott Harris, a North Carolina lawyer, declined to comment.
KEEP PHOENIX NEW TIMES FREE... Since we started Phoenix New Times, it has been defined as the free, independent voice of Phoenix, and we'd like to keep it that way. With local media under siege, it's more important than ever for us to rally support behind funding our local journalism. You can help by participating in our "I Support" program, allowing us to keep offering readers access to our incisive coverage of local news, food and culture with no paywalls.
Make a one-time donation today for as little as $1.
Steven Hsieh was a staff writer for Phoenix New Times from August 2018 to April 2020.
Contact: Steven Hsieh
Follow:
Twitter: @stevenjhsieh