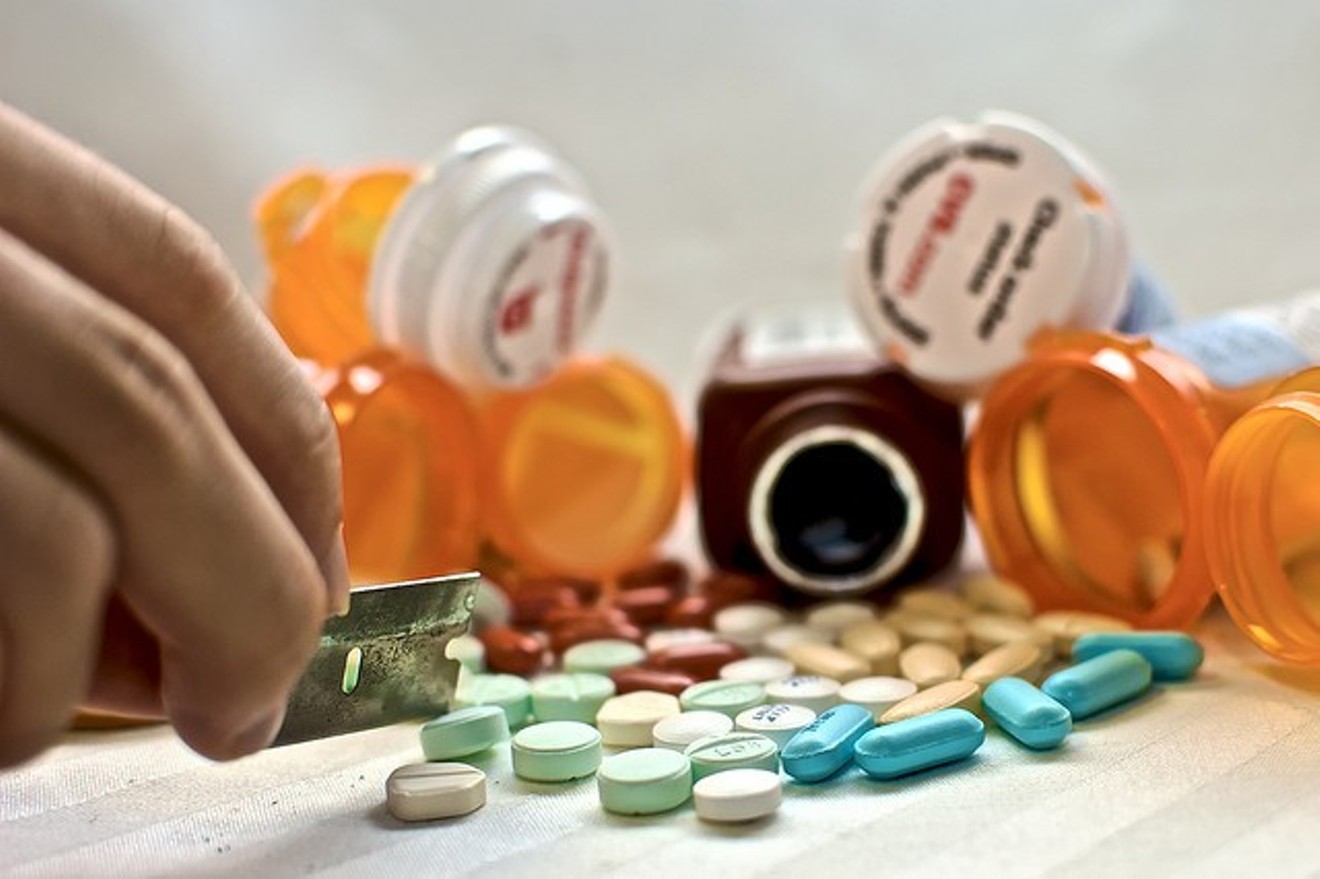 —
Update, 3/21: House Bill 2241, which would introduce mandatory minimum sentences for heroin and fentanyl sales, has died in the State Senate.

Over the last decade or so, a growing body of research has determined that mandatory minimum sentences don't work. They do nothing to reduce crime, but they do exacerbate existing racial disparities in the criminal justice system while leading to massive prison overpopulation.

Since 2001, at least 19 states have taken steps to reform their mandatory minimum sentencing laws, from reducing the penalties to repealing them all together. Even the right-wing American Legislative Exchange Council issued a report that concluded that getting rid of mandatory minimums would save states money while also lowering crime rates.

Nevertheless, a bill that would impose mandatory minimum sentences for heroin and fentanyl is progressing in the Arizona House of Representatives.

House Bill 2241, introduced by Eddie Farnsworth, a Republican from Gilbert, would impose non-negotiable minimum penalties for anyone who makes, sells, or transports heroin, fentanyl, or carfentanil — or is found to be in possession of equipment or chemicals that could be used to make those drugs. First offenses would carry a 10-year minimum sentence. Any additional violations would result in 15 years in prison.

The response from opponents of the bill can largely be summed up as, "Wait, we're really doing this again?"

"I think we know from experience that mandatory minimums aren’t an effective way to treat drug addiction," Will Gaona, the policy director for the ACLU of Arizona, said. "Under this bill, people who possess somewhat small amounts of heroin or other substances could face extremely harsh sentences, even as first-time offenders."

And, as Rebecca Fealk of the American Friends Service Committee's Arizona chapter points out, the idea runs completely contrary to the message of Governor Doug Ducey's omnibus bill on opioid abuse, which focused on treatment and prevention.

"It doesn’t make sense with the current discussion that we’re having," she said. "It’s very hard to say what works and what doesn’t, but what we can absolutely say is that you can’t punish a disease out of someone."

In theory, the bill is intended to target drug dealers, not the average user. But the line between the two isn't always so clear. It's not uncommon for people to sell small amounts of drugs to feed their addictions, Fealk points out. And something as minor as having drugs stored in two separate baggies can be seen as intent to distribute.

Plus, under Arizona law, you can be charged with selling drugs if the amount in your possession exceeds a certain threshold. For heroin, that threshold is one gram, roughly the equivalent of 10 doses.

So who exactly thinks this is a good idea? One word: prosecutors.

Testifying about the bill last week, Polk told legislators that it's essentially identical to the law introduced in 2006 that imposed mandatory minimum sentences for methamphetamine.

"We’re asking for that same tool in our toolbox," she said.

The only problem is that the law didn't work: The rate of drug use in Arizona actually increased between 2010 and 2014, and meth usage spiked as recently as 2016. Meanwhile, although at least 75 percent of all prisoners statewide have histories of substance abuse, only 2 percent receive treatment while behind bars. It's unsurprising, then, that nearly half the people who get incarcerated wind up back in prison.

"It’s the people who are selling a little on the side so they can feed their own habit. You’ve got a bunch of people who could really use treatment, who literally sold to feed their own addiction, and they’re going into the prison system."

When asked what the proposed law would do to help curb the growing rate of addiction, Polk described it as a preventionist approach. The goal is to discourage drug dealers, she said, since treating people for heroin addiction will only go so far when "it only costs $5 a pop."

"Drug dealers know what the laws are, and they can be a huge deterrent," she argued.

In fact, research suggests that tougher enforcement and harsher punishment don't actually do much to drive down prices. And putting drug dealers in prison just means that other dealers take their place.

“We know the war on drugs is a failed war,” Rebecca Fealk of AFSC-Arizona said.  “You put one person away, it just opens the avenue for someone else. The supply is always going to be there — we really need to cut back on demand. These are people with trauma and needs that we actually need to address.”

As Nathan Wade of the Pima County Public Defender's Office put it: “On one hand, we’re saying, 'Let’s try and treat addiction in Arizona.' On the other hand, we’re introducing legislation that undermines that.”

So far, the bill has been passed by the House Judiciary and Public Safety Committee and the House Rules Committee. It now awaits a vote from the full House of Representatives. We'll update this post when that happens.