Arizona hurts opiate addicts who want to quit their habit by unfairly restricting alternative versions of a popular anti-opiate drug, a group of doctors prepared to argue before a state panel on Tuesday, April 17.

Several doctors were scheduled to speak on the issue, and last week 23 Arizona doctors sent the state a signed petition demanding that Arizona end its preference for Suboxone film, which stops opiate cravings.

One doctor who opposes the current rule suggests that the state has "unwittingly" fallen for a scam by the maker of Suboxone, because Arizona is about to re-approve the drug while it's one of only seven states not suing Suboxone's maker, Reckitt Benckiser, for illegal marketing practices and fraud.

Arizona officials told Phoenix New Times the criminal allegations against the British drug maker aren't believable, and that the state saves money by sticking with Suboxone.

The squabble comes at a time when Arizona and the rest of the country is in the middle of an opiate-abuse crisis, meaning that the right answer – whatever it is – will probably save lives. A state website dedicated to the crisis shows that 1,133 Arizonans have died of opiate overdoses from June 15, 2016, to April 12 of this year.

The Arizona Health Care Cost Containment System (AHCCCS) Pharmacy and Therapeutic Committee is set to re-approve Suboxone film as the state's "preferred" buprenorphine drug. That means health care providers get reimbursed by both Medicaid and the manufacturer, through a rebate, when they prescribe the drug to opiate addicts. Up to 100 people were expected to attend the committee meeting in Phoenix; several other issues were on the agenda. 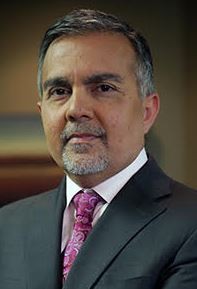 Dr. Zaheer Shah
Courtesy of Zaheer Shah
The activist doctors want to see other versions of buprenorphine added to the preferred list, making it easier for them to prescribe. Currently, if providers want to prescribe a type of buprenorphine that isn't Suboxone film – which dissolves on the tongue like a breath strip – and get Medicaid reimbursement for it, they have to get prior approval from Medicaid.

"Providers are forced to undertake significant efforts in the form of prior authorizations that result in additional delays and interruptions to treatment," the doctors said in their petition.

The impact of a delay is "insidious" for an opiate addict, they wrote, affecting everything from the person's health to "criminal justice consequences."

Buprenorphine works by filling opiate receptors in the brain, but doing so imperfectly. To the opiate user, the drug satisfies much of the physical and mental need for opiates, but doesn't get the user high. It was approved for use in opioid-addiction treatment by the U.S. Food and Drug Administration in 2002 and is similar to methadone, a better-known treatment drug that was invented by the Nazis as a painkiller.

The AHCCCS committee reviews its list of Medicaid-preferred drugs every year. No bids are taken or assigned by the state for the privilege of being assigned as preferred. Instead, the Pharmacy and Therapeutics Committee follows a set of rules to evaluate whether or not to approve the drug.

Suboxone has a large share of the market and offers a substantial rebate, or discount, to Medicaid. Since Arizona general fund and other local-funding sources pay about 25 percent of AHCCCS' budget, the state saves money when Medicaid saves money.

Yet according to a pending lawsuit signed by 43 state attorneys general, Reckitt Benckiser achieved Suboxone's success by "illegal 'product hopping.'"

The company didn't immediately return a message on Tuesday.

The lawsuit, filed in Pennsylvania in 2016, alleges that Reckitt created a strong market share with Suboxone pills, then turned it into a monopoly by getting providers and their patients hooked on Suboxone film, which resisted efforts by competitors to make a generic version. The company managed to delay FDA approval of generic versions and even "allegedly expressed unfounded safety concerns about the tablet version," according to the lawsuit.

"As a result," according to a November 2016 news release by the New Hampshire attorney general, "the attorneys general allege that consumers and purchasers have paid artificially high monopoly prices since late 2009, when generic alternatives of Suboxone might otherwise have become available. During that time, annual sales of Suboxone topped $1 billion."

Given these facts, "it seems odd ... that Arizona would choose to reward that manufacturer with an exclusive preferred contract," wrote local internal medicine specialist Dr. Zaheer Shah in an op-ed column submitted to local newspapers this week. Shah is also a lawyer.

Shah, who was scheduled to speak at this afternoon's hearing, told New Times he believed the state was going along with a "corporate agenda, expertly executed."

"It's a very well-organized, well-funded plan to extend and protect their patent rights," Shah said of Reckitt Benckiser's allegedly unlawful marketing scheme. "They essentially want to control the buprenorphine-driven response to the opioid problem in this country."

Capriotti said AHCCCS has no comment on the pending lawsuit.

But Ryan Anderson, spokesman for Arizona Attorney General Mark Brnovich, said his office's lawyers evaluated the complaint against Reckitt and didn't see cause for concern.

"Arizona is not part of the Suboxone anti-trust lawsuit because we do not believe this is an example of horizontal price-fixing," Anderson said.

Anderson also indicated that it would be unfair to criticize Brnovich for failing to confront opioid makers who have allegedly broken the law. Arizona is suing Chandler fentanyl maker Insys Therapeutics. The state also "is part of six separate multistate investigations related to opioid manufacturers, and another three investigations related to distributors," Anderson said.

Earlier this year, the office sent $800,000 in funds obtained from lawsuit settlements to the state's general fund for opioid addiction and treatment services, he said.

"Our office would be happy to sit down with Dr. Shah and discuss not only our response to the opioid problem, but also seek his input on where he thinks remediation settlement funds could be utilized to prevent and treat addiction," Anderson said.

Nick Stavros, CEO of Community Medical Services, one of the state's largest opiate-addiction treatment chains, said that having buprenorphine alternatives to Suboxone film that could be billed to Medicaid would definitely help some patients. Even if the alternative wasn't available at the federal level, the state can "pick and choose" what kinds of drugs it considers preferred.

He acknowledged this method could cost the state more money, but suggested it was possible to work around the problem — for example, the state could charge a slightly higher rate for the alternative.

Several FDA-approved buprenorphine drugs are currently on the market, including generic tablets Bunavail, and Zubsolv.

CMS, which has four locations in Arizona, offers methadone and buprenorphine treatments. One major difference in the drugs is that methadone must be swallowed in front of a nurse in the office when an addict comes in for a daily dose. In contrast, addicts receive multi-week supplies of buprenorphine that they take at home, following initial treatments with health care professionals. That's led to wide-scale diversion and abuse of buprenorphine. The drug can get people high in high doses — but it can also lead to fatal overdoses.

Despite the potential for abuse, Stavros said he's seen firsthand that the drug works to help people get off opioids.

"It's saving more lives than it's hurting," he said.

UPDATE: The AHCCCS Pharmacy and Therapeutics Committee reviewed the concerns of speakers on the clinical evidence and cost effectiveness of various formulations of buprenorphine. The committee voted unanimously to maintain the current list of preferred medications.

However, following the meeting, AHCCCS is shortening the time it takes to receive prior authorization for these other formulations "when medically necessary," from 72 hours to 24 hours, according to AHCCCS spokeswoman Heidi Capriotti.

The prior authorization request can be submitted through the expedited 24-hour process or the standard procedure that requires 14 calendar days for a review process.

Capriotti reiterated that buprenorphine (Suboxone film), naltrexone (Vivitrol), and methadone are available without prior authorization through AHCCCS, as is the anti-overdose medication naloxone.