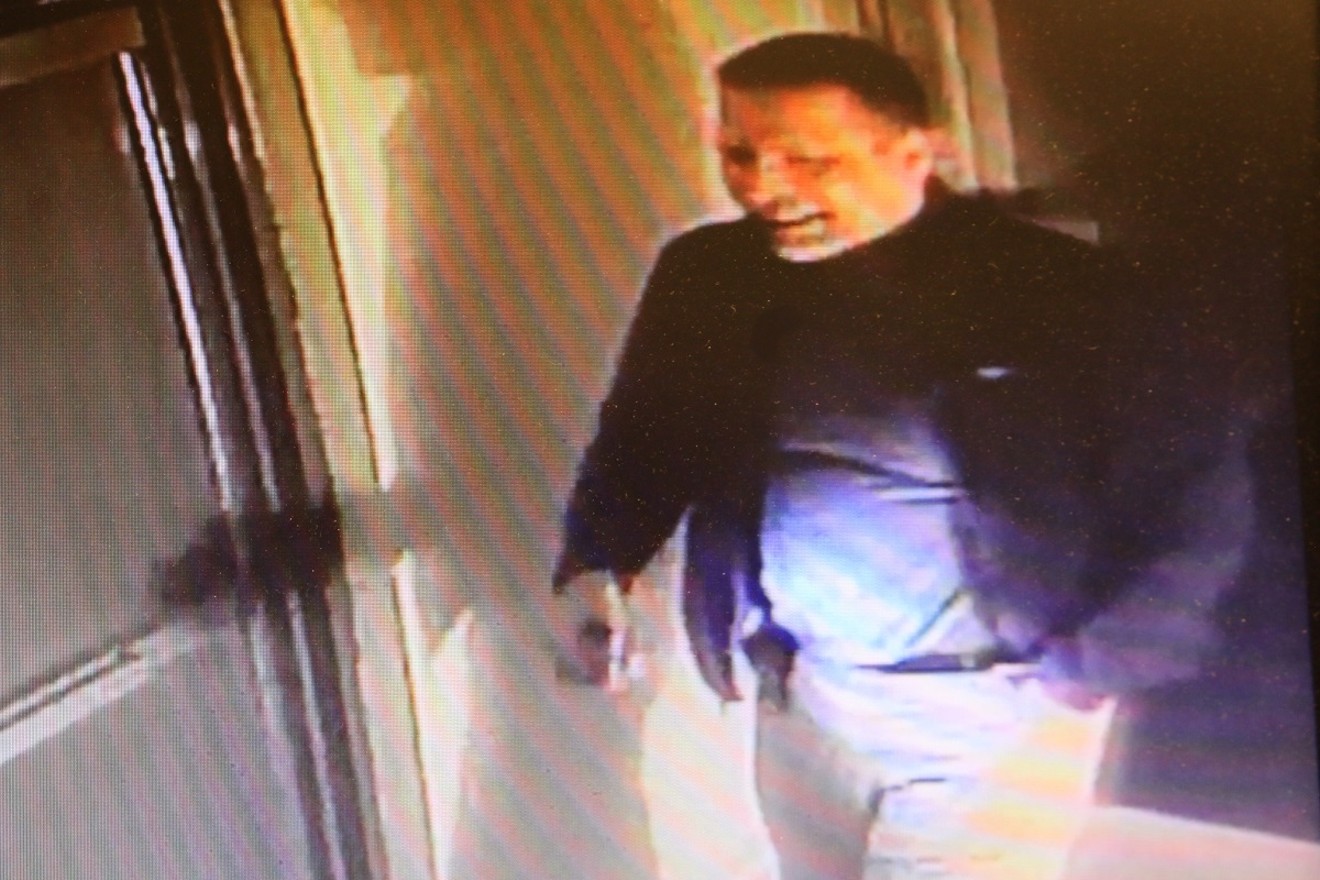 Surveillance images taken at the mosques seem to show the same suspect, a white man with a paunch between 30 and 50 years old.

Police believe that theft, as opposed to a hate crime or terrorism, is his motive. Still, the suspect's pattern so far seems to have excluded houses of worship of other religions.

"It definitely looks like our suspect, and in my opinion it is the same guy," Kotsur told the Anniston Star after a reporter there showed him several photos.

Kotsur could not be reached on Thursday morning, but Chandler police Sergeant Daniel Mejia said he spoke with Kotsur briefly, and that the detective confirmed the report.

"Based on the photos that the Alabama newspaper sent him, because of the strong resemblance, he believes it might be the same suspect," Mejia said.

Mejia added that the detective is now in contact with police in Alabama, and that the case remains under investigation.

Police sought the public's help after the March 30 break-ins at the Islamic Center of the East Valley at 424 North Alma School Road and the Masjid Bilal Rabah mosque in Maricopa, which occurred about an hour apart. The suspect forced his way into the Chandler mosque and stole an undisclosed amount of money, cops said; what he stole from the Maricopa mosque wasn't made clear.

On March 10, someone broke into the Gadsden Islamic Society and the Anniston Islamic Center in Alabama, stealing donation boxes. A few days before that, a safe was stolen from a mosque in Tuscaloosa, Alabama, that contained money and a handwritten Quran.

According to media reports, the FBI notified Alabama Islamic leaders at the time that a possible link was being drawn to the crimes in that state and a February 25 burglary at a mosque in Blacksburg, Virginia. FBI officials in Arizona didn't return a message on Wednesday morning.

Kotsur told the Anniston Star that he hadn't realized the Arizona crimes might be linked to those in other states before the newspaper contacted him.

"This is news to me," he reportedly said.

Surveillance photo from March 10 burglary at the Gadsden Islamic Society in Alabama.
Surveillance Photo via WDBJ7.com
KEEP PHOENIX NEW TIMES FREE... Since we started Phoenix New Times, it has been defined as the free, independent voice of Phoenix, and we'd like to keep it that way. With local media under siege, it's more important than ever for us to rally support behind funding our local journalism. You can help by participating in our "I Support" program, allowing us to keep offering readers access to our incisive coverage of local news, food and culture with no paywalls.
Make a one-time donation today for as little as $1.