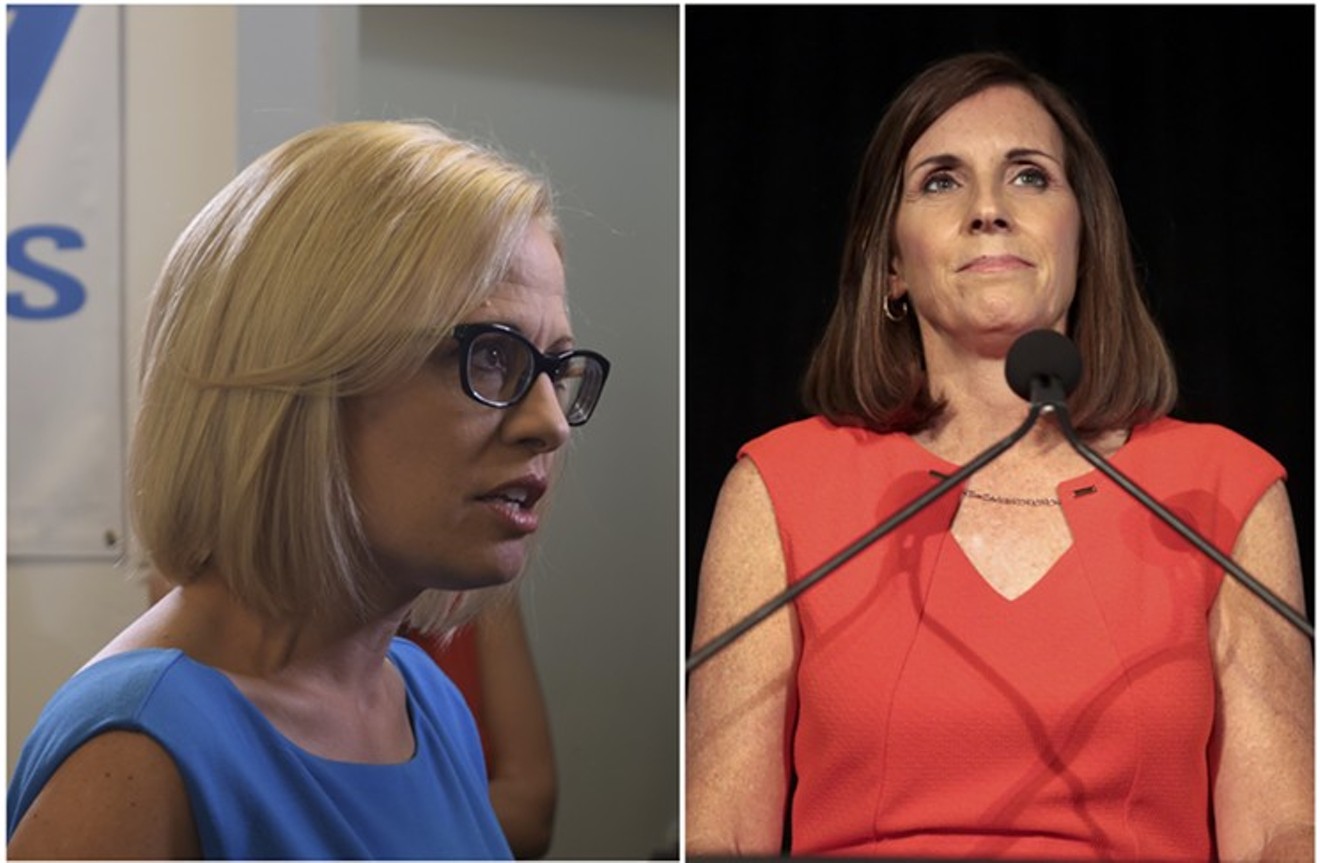 After ballots from Maricopa and Pinal counties were added to the total on Sunday, Sinema now leads McSally by 32,292 votes, according to the Arizona secretary of state's office.

“With the latest ballot count, Kyrsten’s lead is insurmountable. McSally’s campaign said today’s results would be her ‘firewall’ but as we expected, no firewall emerged," Piatt said.

He added that McSally would have to win the rest of the Maricopa ballots by a huge 22 percent margin to take the lead. "This is not plausible," Piatt said. "Kyrsten will be declared the next U.S. Senator from Arizona.”

Prior to the update from Maricopa County, Sinema was ahead of McSally by 30,416 votes.

The secretary of state's indefatigable data analyst Garrett Archer estimated that 211,000 ballots remain as of Sunday evening. These include 162,000 from Maricopa County and 36,300 from Pima County.

The race has yet to be called, but the votes for McSally have not kept pace with Sinema as the largest counties continue to tally their results, many of them early mail-in ballots cast on Election Day.

For the first time on Saturday, they both surpassed 1 million votes in the never-ending to replace Republican Jeff Flake. In light of the new results, Democratic politico Robbie Sherwood predicted that it was "game over."

"The cavalry is not coming for @RepMcSally," he wrote on Twitter on Saturday.

Democrats have managed to come from behind in several races as Arizona continues to count ballots.

For the moment, the contests for superintendent and Corporation Commission have a Democrat in first place, while the secretary of state's race is a nail-biter.

In light of the new results, Democrat Kathy Hoffman, a 32-year-old first-time candidate for superintendent, declared victory on Sunday evening in her race against Republican Frank Riggs, but the race has not been called.

Nevertheless, Hoffman can boast of a 46,822-vote lead over Riggs, a former congressman from California. The latest ballots improve Hoffman's 43,563-vote margin from Saturday.

One of them will take over the Arizona Department of Education, currently led by outgoing Superintendent Diane Douglas.

In the race for secretary of state, Democratic State Senator Katie Hobbs leapt into first place briefly on Sunday, before Republican Steve Gaynor took the lead again thanks to the ballots from Pinal County. Gaynor leads Hobbs by just 259 votes.

The Associated Press called the race for Republican Steve Gaynor on the night of the election, though Hobbs has refused to concede.

In the race for the two seats on the Corporation Commission, Democrat Sandra Kennedy held onto her first place spot after recently moving past Republican incumbent Justin Olson. Kennedy, Olson, and third-place Republican Rodney Glassman are separated by approximately 10,000 votes.
KEEP PHOENIX NEW TIMES FREE... Since we started Phoenix New Times, it has been defined as the free, independent voice of Phoenix, and we'd like to keep it that way. With local media under siege, it's more important than ever for us to rally support behind funding our local journalism. You can help by participating in our "I Support" program, allowing us to keep offering readers access to our incisive coverage of local news, food and culture with no paywalls.
Make a one-time donation today for as little as $1.