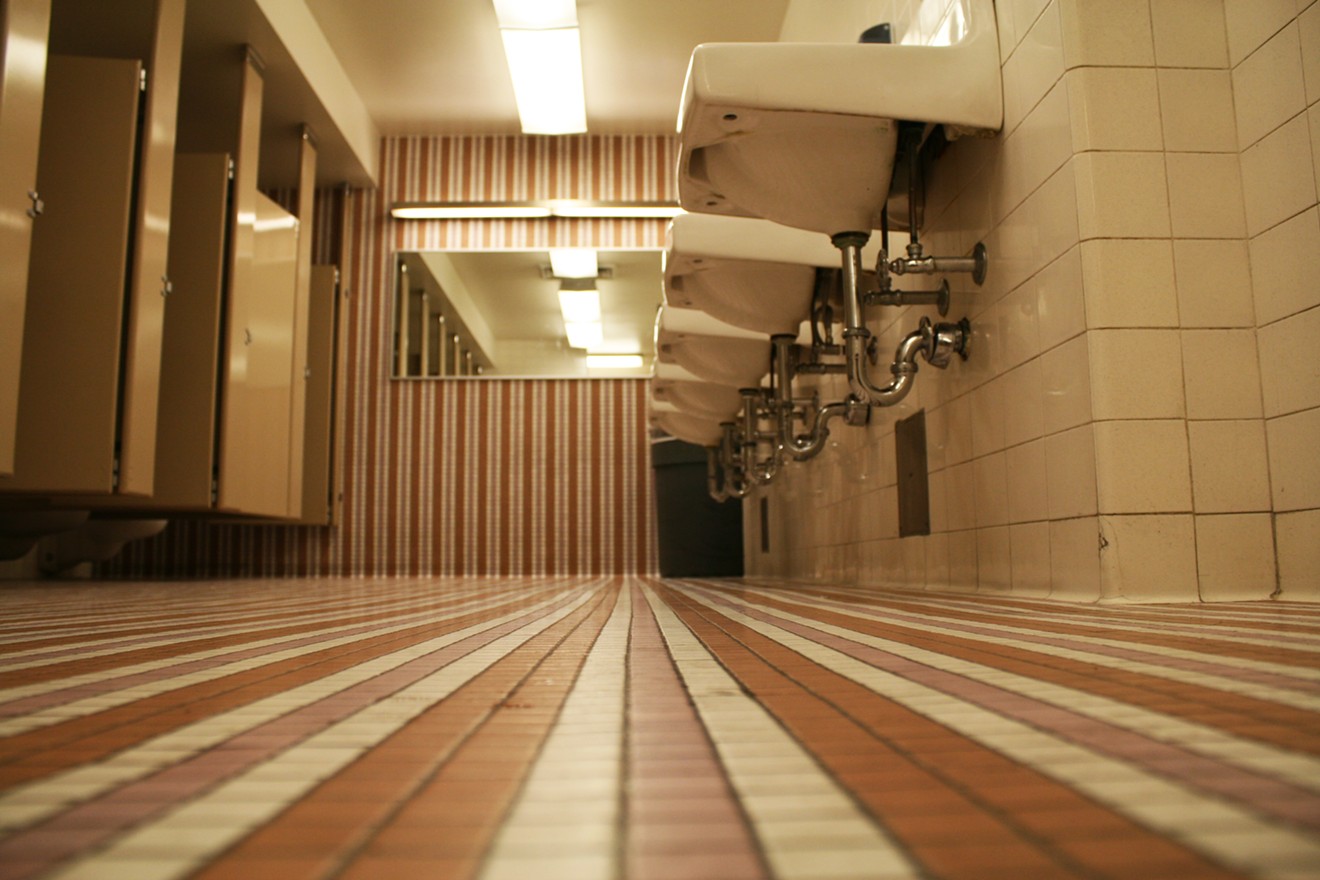 A former Arizona State University student convicted of shooting video of women using a campus restroom will soon be deported to his home country of China.

Xiaoyuan Zhang, 22, had lived in Tempe for about three years while attending ASU as an undergraduate student seeking a communications degree.

He's been held behind bars since his September 26 arrest.

In late December, he pleaded guilty to two felony counts of attempted voyeurism; he was sentenced on January 23 to 10 years' probation. After that, he was moved from the Maricopa County Jail to a federal immigration facility in Florence, where he awaits deportation.

Zhang was arrested on ASU's Tempe campus immediately following his restroom recording session. He might have gotten away with it, but his female victims confronted him after the incident. They blocked his exit until police arrived and then snatched his phone away to preserve evidence.

A later search of his phone found six videos and four photographs of four women using the restroom in the Education Lecture Hall, 100 East Gammage Parkway. Zhang admitted he had been in the restroom for an hour before one of the victims saw him holding the phone under the stall and called police.

Zhang had already deleted some material from his phone before exiting the restroom, police found. But the investigation also revealed that, in the months preceding the incident, Zhang had taken "countless" pictures up women's skirts, or of women using the restroom, in other locations on campus and at local malls and shopping centers.

"This case is egregious and scary," a probation official wrote in Zhang's pre-sentence report. "Defendant's criminal behavior is escalating and it seriously needs to be addressed to prevent any future victims."

Zhang admitted in police interviews that he was motivated by a "dirty mind" and that he wanted to "see the difference between girls and boys."

His victims, in statements filed with the court, described how Zhang's actions left them feeling violated. Phoenix New Times is not publishing their names.

"I was the only one to actually see the guy videotaping me using the bathroom," wrote one woman the day after the incident. "At first it did not bother me, but I realized this morning it's affecting me a lot more than I expected it to. I am really jumpy and a lot more aware of my surroundings."

"This act has made me feel extremely violated and unsafe when doing something as simple as using the bathroom," wrote another victim. "It has disrupted my life by making me feel insecure and uneasy at my own university ... I personally feel he should be forced to leave ASU as well as the United States."

ASU officials report that Zhang is no longer a student.

An immigration judge with the Department of Justice's Executive Office for Immigration Review determined Zhang no longer has any legal basis to remain the United States, said Yasmeen Pitts O'Keefe, spokeswoman for the U.S. Immigration and Customs Enforcement bureau.

John Starkey, a Tempe lawyer appointed by the court to Zhang, said he couldn't comment on specifics about the case. But in his view, he said, nothing about the case seems to have been affected by tougher immigration policies under President Trump.

Under the terms of his probation, Zhang would have to register as a sex offender if he ever returns to the United States.