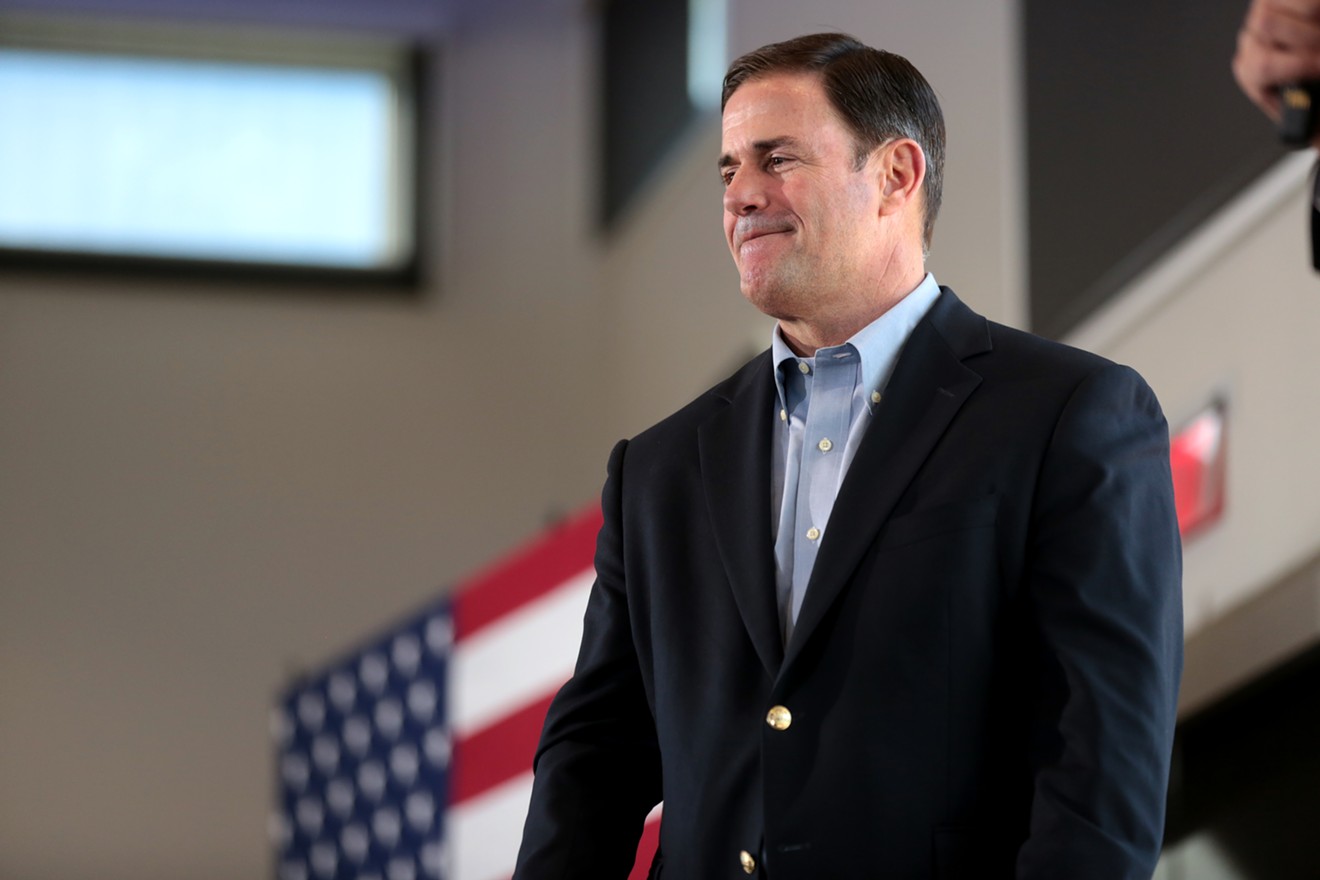 On Tuesday, the United States Department of Justice sued the state of Arizona over the law. In the complaint, filed in the U.S. District Court of Arizona, DOJ prosecutors alleged that the law imposed "onerous" restrictions on voting — "a textbook violation of the National Voter Registration Act."

"Arizona has passed a law that turns the clock back on progress by imposing unlawful and unnecessary requirements that would block eligible voters from the registration rolls for certain federal elections," Kristen Clarke, assistant attorney general with the DOJ, said in a press statement issued this week.

The new law enacted numerous new requirements for voting in Arizona, which advocates say introduces new and unnecessary burdens for voting in the state. In March, the Republican party pushed the measure through to law. Its leaders have claimed, without evidence, that noncitizens are swaying elections by voting illegally, leading to a GOP fixation on what it calls election integrity.

Under HB 2492, Arizonans will face greater proof-of-citizenship requirements (which are already in place for state elections) when registering to vote. They will also now need to provide a place of birth.

But the part of the bill the U.S. Department of Justice is taking issue with involves "federal-only" voters, or Arizona voters who register to vote only with the federal government, using a different form than for the state.

While states have more discretion in what documentation they require from voters, the National Voter Registration Act prohibits a documentary proof of citizenship requirement for these federal-only voters. These voters must affirm — under penalty and perjury — that they are citizens, but they do not have to produce a birth certificate or passport that proves this upon registering.

In Arizona's new law, lawmakers devised a way to sneak around this specification. Under the law, election officials are required to extensively investigate anyone who registers using the federal form and does not provide documents to prove their citizenship. If election officials fail to do this, they could be charged with a class six felony.

Federal prosecutors said this requirement was a clear violation of the law. They asked the judge to block the provisions in the law from taking effect.

But the DOJ will be going up against Arizona's Attorney General, Mark Brnovich, who has pledged to fight for the law.

In a July 1 letter to the Department of Justice — after the agency had notified him of their plan to challenge the law in court — Brnovich redoubled his commitment to the law's implementation.

"Please be assured that I will defend this law to the U.S. Supreme Court if necessary and defeat the federal government's efforts to interfere with our state's election safeguards," Brnovich wrote.

Brnovich also claimed that President Joe Biden was "opening our borders to encourage a flood of illegal immigration," implying that such policies are affecting elections. "Is the federal government attempting to undermine our sovereignty and destabilize our election infrastructure?" Brnovich wrote. "I hope that is not your intention."

Ducey's office did not return requests for comment from Phoenix New Times on Thursday. But in the past, the governor has insisted that he believes the law is constitutional and will continue to support it.

Arizona has not yet filed a response to the DOJ's charges in court.
KEEP PHOENIX NEW TIMES FREE... Since we started Phoenix New Times, it has been defined as the free, independent voice of Phoenix, and we'd like to keep it that way. With local media under siege, it's more important than ever for us to rally support behind funding our local journalism. You can help by participating in our "I Support" program, allowing us to keep offering readers access to our incisive coverage of local news, food and culture with no paywalls.
Make a one-time donation today for as little as $1.