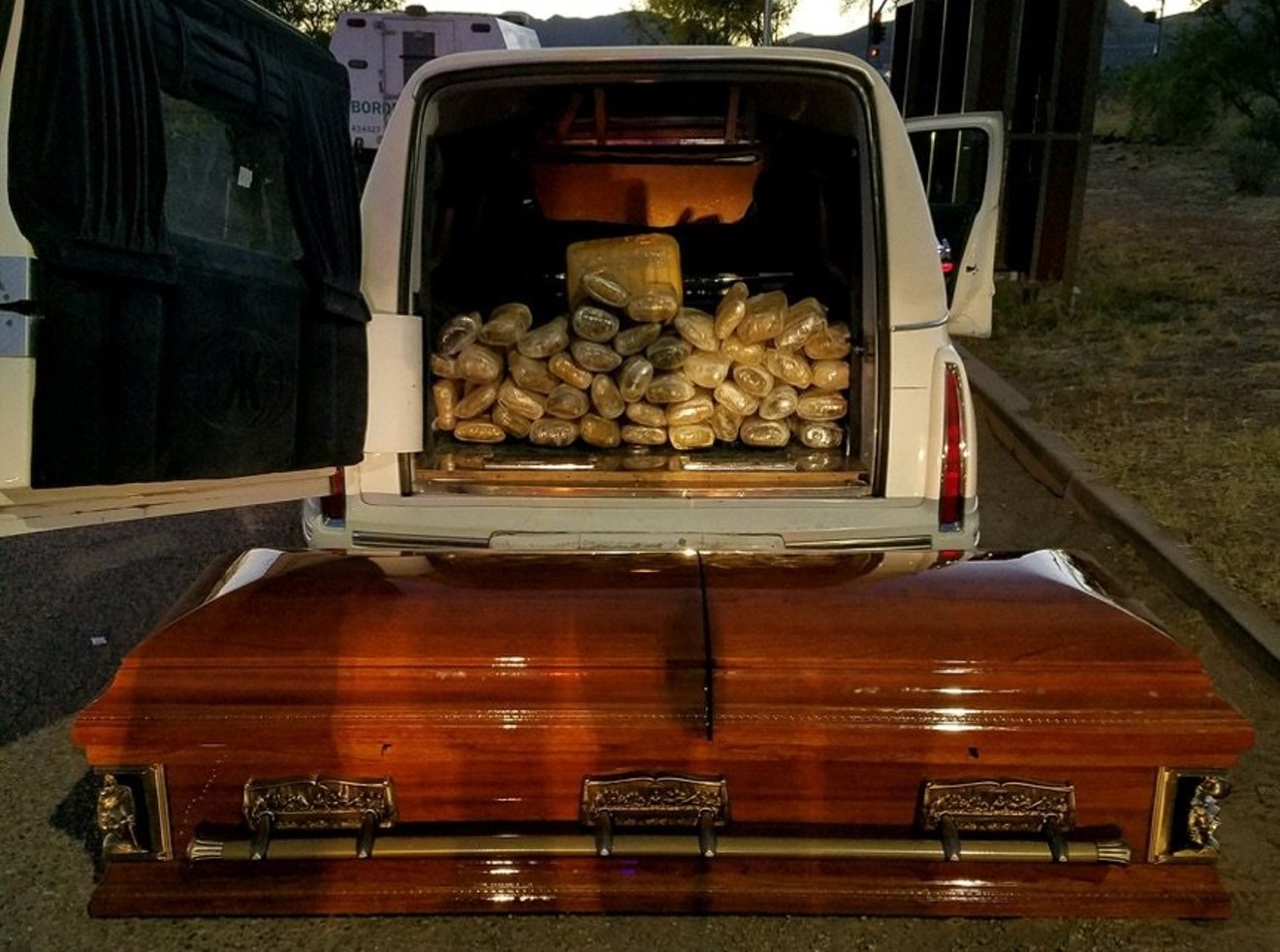 Border Patrol agents found 68 pounds of marijuana in a coffin inside a hearse on Saturday. The hearse owner, Christian Zuniga, told agents that the funeral business had been "slow." U.S. Customs and Border Protection
The driver of a hearse filled with 68 pounds of marijuana told federal agents on Saturday that he had taken up smuggling because his Tucson funeral-services business "had been slow."

Christian Lee Zuniga, 28, a U.S. citizen from Nogales, Arizona, was arrested after agents became suspicious of him and his hearse and found the pot, court records show. He was charged in Arizona U.S. District Court with possession and possession with intent to distribute.

This is the second headline-making smuggling failure for Zuniga. The Nogales resident made headlines in 2015 after Sierra Vista police arrested him and an alleged accomplice for trying to smuggle 19 manure-covered bales of marijuana in a horse trailer.

He and the other man were never charged in that case.

Zuniga allegedly tried his luck again on Saturday evening in a different kind of smuggling vehicle.

His white Cadillac hearse caught the eye of a U.S. Border Patrol agent as he traveled southbound from the checkpoint on State Route 80 near Tombstone.

At the time, the checkpoint was closed because of high winds. Agents noticed again when, about 40 minutes later, the hearse came back in the opposite direction. 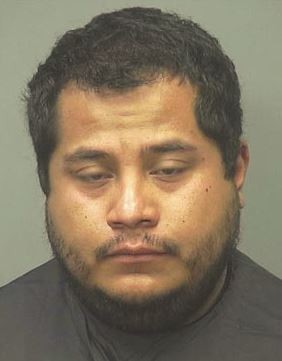 Christian Lee Zuniga
Sierra Vista Police Department
By then, the checkpoint had just been reopened. Zuniga apparently noticed the change and "abruptly" turned west on State Route 82 before reaching the checkpoint.

Agents found that suspicious because smugglers who are "surprised" by a suddenly reopened checkpoint typically turn onto State Route 82, records state. As he went by, agents saw that Zuniga was wearing a striped shirt "rather than the usual formal suit attire for a hearse driver."

An agent zoomed up behind the hearse and ran its plates, finding out that it was registered to Zuniga in Nogales, Arizona. The hearse was pulled over at a nearby gas station.

When asked for identification, Zuniga said he didn't have any, which agents found "odd" for a hearse driver. He reportedly gave the name of a fictional funeral home in Nogales, but an agent who knew the border town informed him that Nogales has only two funeral homes, neither with the name Zuniga had mentioned.

Agents could see the coffin inside the hearse and asked Zuniga if he was smuggling narcotics in it. Zuniga stared at the ground nervously and tried to change the subject. A drug-sniffing dog soon alerted to the 30.71 kilograms of pot in the coffin. Several bags of manure had been placed on top of the packaged bricks in a futile attempt to mask the marijuana's scent.

Zuniga waived his Miranda rights and told agents that "he owns a funeral services business in Tucson, Arizona, but business had been slow," records state.

A "former friend" offered him $3,500 to $4,000 to smuggle the pot to Tucson, Zuniga reportedly told authorities. He had loaded the coffin in Douglas with the help of some "ranch hands," he told agents.

Zuniga works for himself, said a Tucson funeral worker who knows him.

He bought the hearse and "tried to set up a removal and transport business," said the worker, who didn't want to be named for this article.

At the time of his arrest last weekend, Zuniga was also being sought by police on a warrant out of Nogales Justice Court for failing to appear on charges of aggravated DUI and driving on a suspended license.

Below: two more pictures of the hearse and cannabis-filled casket. 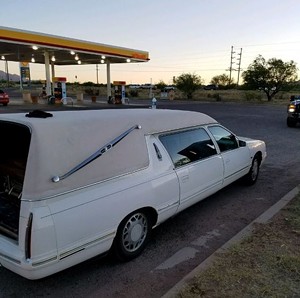 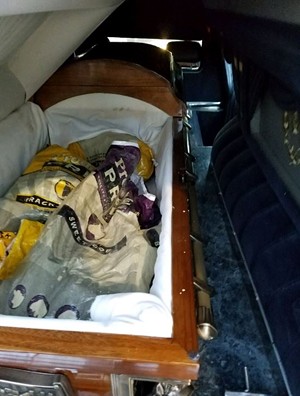 U.S. Customs and Border Protection
KEEP PHOENIX NEW TIMES FREE... Since we started Phoenix New Times, it has been defined as the free, independent voice of Phoenix, and we'd like to keep it that way. With local media under siege, it's more important than ever for us to rally support behind funding our local journalism. You can help by participating in our "I Support" program, allowing us to keep offering readers access to our incisive coverage of local news, food and culture with no paywalls.
Make a one-time donation today for as little as $1.