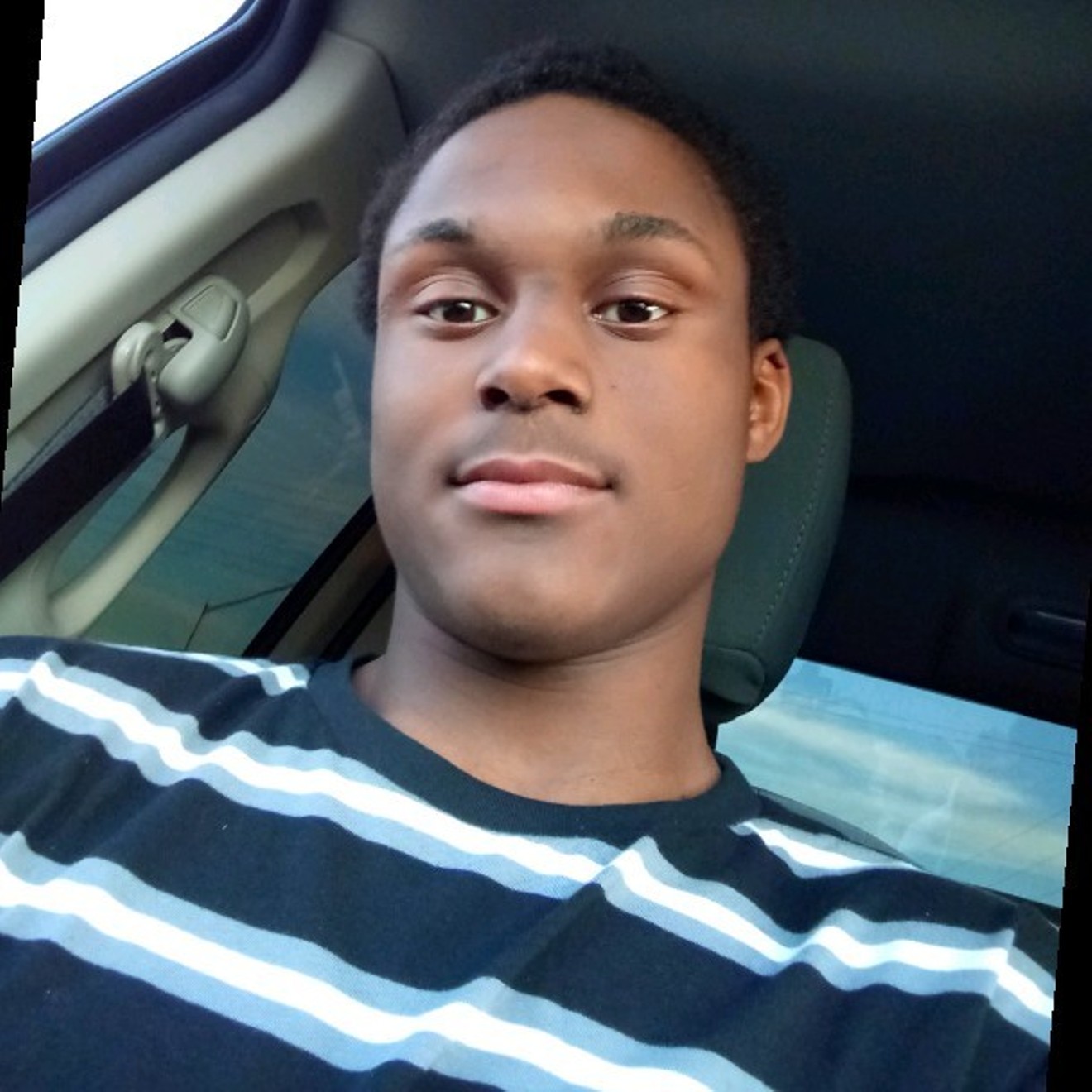 Glendale teen Caleb Blair was a fentanyl addict with a loving heart, his father Frank said in his first comments to the press since his son died in police custody on June 10, 2022. LinkedIn
Nineteen-year-old Kailani Blair drove past the Circle K at West McDowell Road and North 91st Avenue in Maryvale on her way to work Friday afternoon, like she always does. She counted 10 police units in the gas station parking lot.

“I wonder what’s going on there,” she thought to herself. She had no idea her brother, with whom she was very close, lay dead in that parking lot, obscured by white SUVs.

Caleb Blair, also 19, died in police custody shortly before 3 p.m. Friday. It was 112 degrees outside at the time, the highest June 10 temperature on record in Phoenix, according to the National Weather Service in Phoenix.

According to the Maricopa County Medical Examiner, Caleb’s body was extremely hot even after his death.

“My son is gone,” Caleb’s father, Frank Blair, told Phoenix New Times in an interview on Monday. “I am still trying to process that.”

Caleb had been homeless on the streets of Phoenix "for some time," according to his father, who also said his son was battling a fentanyl addiction.

On Friday, he sought relief from the torrid midday heat inside that west Phoenix convenience store. He asked if he could sit inside and cool down. A clerk inside the store told him no.

Shortly after that, Caleb stripped off his clothes and was rolling on the ground and bashing his head on some cars just outside the store. He was “showing signs of impairment,” according to the Phoenix Police Department.

Several units arrived on the scene. Although police were responding to a call “about an injured or sick person,” they quickly placed Caleb in handcuffs. It’s unclear who dialed 911.

“That’s a huge response for one person who was unarmed,” Frank Blair said.

Caleb's death in Phoenix has echoes of George Floyd. In both incidents, cops responded to a Black man experiencing a fentanyl-fueled health crisis.

It remains unclear why Blair was in handcuffs while EMTs tried to save his life. He remained shackled until his outlook worsened.

“While receiving treatment, Blair lost consciousness,” Sergeant Vincent Cole said in a Friday press release. “His handcuffs were removed, and life-saving measures were given. Blair was later transported to a local hospital where he died.”

The actions of the officers will be subject to an internal and criminal investigation. In February, New Times reported that the commanding majority of Arizonans think police shouldn’t investigate themselves.

Frank Blair, a 60-year-old Black man who has spent his life in Colorado and Arizona, has met good cops and bad cops, “some of the worst,” he said. He sees a culture in the Phoenix Police Department that favors protecting white community members over Black people.

“It only takes one apple to spoil the bunch,” he said. “I know that. I’ve lived that.”

Caleb was described as “very respectful to the police” by his family.

“With us as Black people, it’s not a matter of ‘if,’ it’s ‘when,’ no matter what your lifestyle is,” his father said.

The police department will release a critical incident briefing on this incident on June 24, Sergeant Philip Krynsky told New Times. The briefing will contain audio, visuals, and information related to the death.

The police department does not comment on active investigations, Krynsky confirmed.

It’s frustrating for Caleb’s family, who is still searching for clarity about their loved one’s death. Police told reporters he died at a local hospital, but Frank Blair recalls being told he died in the parking lot.

“I still don’t know where my son died,” he said.

Frank Blair visited the Circle K before sunrise on Saturday morning. He was there for several hours, reflecting on his son’s life.

Caleb was one of 12 siblings and the youngest of five boys. He was exceptionally close to his two youngest sisters, rarely spotted doing anything without them. He practiced taekwondo and played football at Copper Canyon High School in Glendale, where he also took an interest in the STEM fields. He was a gifted diesel mechanic, according to his family.

“Caleb had a drug problem,” his father said. “But he was a highly intelligent, very loving, and sharing individual.”

Friends and family describe Caleb as witty and precocious. However, there were two sides to the teen.

“When he was not in his right mind on drugs, he could not live with us,” Frank Blair said. “But I made it my business to track him down.”

Frank Blair spent 20 hours every week searching for his son, sitting with him, giving him food and water. When they last saw each other, Frank gave Caleb a tent and a cellphone.

He didn't know he would never see his son again. But he “wasn’t taken aback” when cops broke the somber news on Friday night, either.

“I wasn't sure that he was going to live very long, but he was doing better and it looked like he was coming back to us,” said Caleb's father, who lost another son in a shooting. “He said he was going to come home in August and try to start over and clean himself up. I was worried that he wouldn't make it that far. And I was right.”
KEEP PHOENIX NEW TIMES FREE... Since we started Phoenix New Times, it has been defined as the free, independent voice of Phoenix, and we'd like to keep it that way. With local media under siege, it's more important than ever for us to rally support behind funding our local journalism. You can help by participating in our "I Support" program, allowing us to keep offering readers access to our incisive coverage of local news, food and culture with no paywalls.
Make a one-time donation today for as little as $1.
Elias Weiss is a staff writer at the Phoenix New Times. A native of Charlotte, North Carolina, he reported first for the Northwest Arkansas Democrat-Gazette and was editor of the Chatham Star-Tribune in Southern Virginia, where he covered politics and law. In 2020, the Virginia Press Association awarded him first place in the categories of Government Writing and Breaking News Writing for non-daily newspapers statewide.
Contact: Elias Weiss
Follow:
Twitter: @ecweiss