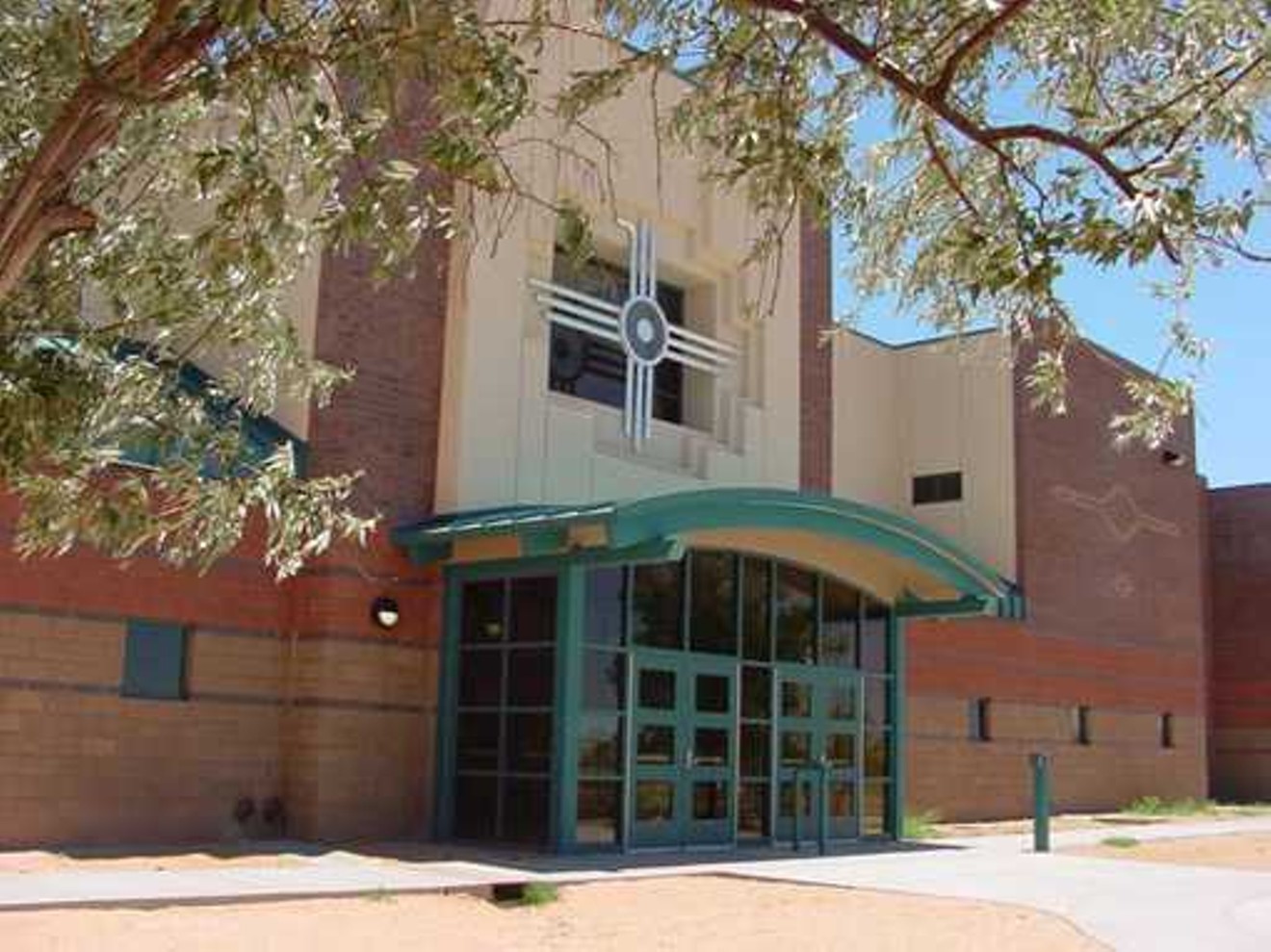 Richard Kingston Shepherd, 20, is now being charged with the murder of the female victim, whose name, age, and hometown were not released in federal court documents.

Authorities believe the woman was murdered on July 14, and that her body went undiscovered for six days. The discovery prompted an immediate investigation by the FBI and Navajo Department of Public Safety in the small town of Tuba City, which is within the Navajo Nation.

Detectives zeroed in on Shepherd quickly, since his EBT card was found next to the body.

The victim's aunt told the FBI that she saw Shepherd with her niece the last time she saw her, on the evening of Saturday, July 14, records say.

Shepherd, in his own interview with FBI agents, said he and the victim left his home that evening and "went for a walk" that ended up near Tuba City High School, which is not session for the summer.

Shepherd and the victim decided to have sex on the bleachers, he told the FBI, but after undressing, Shepherd “changed his mind because he had a girlfriend.”

He said the victim became upset and slapped him. He then pushed her, causing her to “hit her head on a sharp pole on the bleachers," he told authorities.

The victim attempted to crawl away from Shepherd, who kicked her body six to eight times. As the victim continued to scream “stop,” Shepherd said he dragged her down the bleacher steps. He later changed his story and said she fell down.

Tuba City, population 8,611, is within Navajo Nation in Northern Arizona.
New Times illustration
Shepherd told investigators the victim was still alive when he left her at the bottom of the bleachers, according to court records. Shepherd also said he was going to check on the victim at a later time, but “other things came up.”

When the FBI and Navajo Department of Public Safety arrived at Tuba City High School, they found the victim’s naked body, and “multiple discolorations” on the bleachers, thought to be blood. They also found an EBT card near the decomposing body with Shepherd’s name on it. When Shepherd was brought in for an interview with investigators, the soles of his shoes matched a bloodied footprint found on the school's bleachers.

After Shepherd was transported to Flagstaff by the FBI, he asked if he could borrow the agent's cellphone to call his grandmother. On the call, records state, Shepherd told his grandmother he “beat a girl to death.”

According to a spokesperson from Tuba City High School who asked not to be named, school employees were provided little information regarding the murder investigation.

“Honestly, I don’t know anything about it,” they said. “The administration and police department, they don’t tell us anything. They said someone was found [on the bleachers], but no names or information was given.”

An additional spokesperson from the Tuba City Superintendent’s Office stated an email was disseminated to staff members noting a murder occurred and the FBI was involved. However, no identifying information about the victim was provided.

An emergency meeting was called on July 20 to provide school board members with up-to-date information regarding the murder, but since July 20, no update has been provided to the high school or Superintendent’s office.

Inquiries to the Arizona division of the FBI were not met at the time of publication, nor were inquires to the Navajo Department of Public Safety.

Shepherd’s arraignment is set for 10 a.m. on August 1 at U.S. District Court in Phoenix.

Additional court records show that Shepherd was charged with domestic violence and assault earlier this month, about a week before the murder, and is being prosecuted in Williams Justice Court.
KEEP PHOENIX NEW TIMES FREE... Since we started Phoenix New Times, it has been defined as the free, independent voice of Phoenix, and we'd like to keep it that way. With local media under siege, it's more important than ever for us to rally support behind funding our local journalism. You can help by participating in our "I Support" program, allowing us to keep offering readers access to our incisive coverage of local news, food and culture with no paywalls.
Make a one-time donation today for as little as $1.