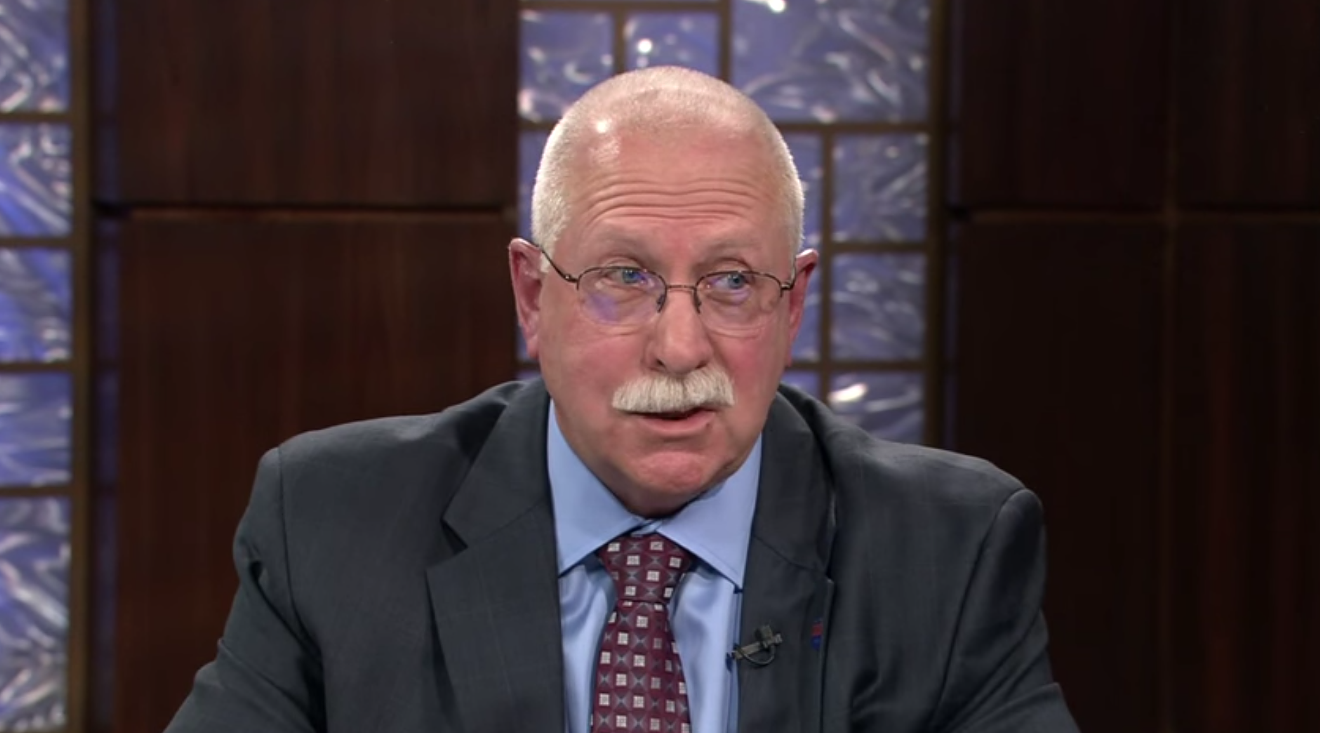 Charles Ryan, then director of the Arizona Department of Corrections, appears on Arizona PBS in 2015. YouTube
Editor's note: This story has been updated to clarify Ryan's role at Abu Ghraib. We regret the error.

Charles Ryan once reigned supreme over the state of Arizona's sprawling prison system, serving for a decade as the director of the state's Department for Corrections.

On Wednesday, the Tempe Police Department announced it had submitted multiple felony charges against Ryan to the Maricopa County Attorney for review, after Ryan was involved in a standoff with police on January 6.

The department recommended Ryan be charged with two counts of aggravated assault on a police officer as well as one count of discharging a firearm unlawfully. Natalie Barela, a spokesperson for the department, said that Tempe police would not yet offer additional details.

According to the department's initial narrative of the incident, Tempe police were called to Ryan's resident on the evening of January 6, after receiving a call that Ryan was suffering from a self-inflicted gunshot wound and was armed.

In the lengthy standoff that followed, Ryan pointed a gun at the first officers to arrive at his home, and then barricaded himself inside his house, police said. Eventually, after Tempe called in their SWAT team and negotiators, Ryan surrendered.

He was hospitalized for a gunshot wound to his hand, which was self-inflicted, authorities said.

On Wednesday, Jennifer Liewer, a spokesperson for the Maricopa County Attorney's Office, confirmed in a statement that the agency had received the charges.

"There is no current timeframe for when a review of the facts and evidence in the case will be completed or when a charging decision will be made," she said, adding that the department would not comment further, given that the investigation was still pending.

Although this appears to be his first time on the other side of the law, Ryan's tenure as head of the corrections department was mired in controversy.

A series of scandals plagued Arizona's prison system while he was at its helm. These included an incarcerated man's suicide that guards videotaped, a botched execution, and a continued failure to improve a dysfunctional prison healthcare system, which had cost the department more than $1 million in court fines by the time Ryan announced his retirement in 2019.

Ryan also worked as a corrections advisor for American detention operations in Iraq during the first years of the Iraq war —  working closely with, as his detractors emphasize, the military leaders who oversaw the horrors of Abu Ghraib.


Ryan did not immediately return an inquiry from Phoenix New Times on Wednesday afternoon.
KEEP PHOENIX NEW TIMES FREE... Since we started Phoenix New Times, it has been defined as the free, independent voice of Phoenix, and we'd like to keep it that way. With local media under siege, it's more important than ever for us to rally support behind funding our local journalism. You can help by participating in our "I Support" program, allowing us to keep offering readers access to our incisive coverage of local news, food and culture with no paywalls.
Make a one-time donation today for as little as $1.