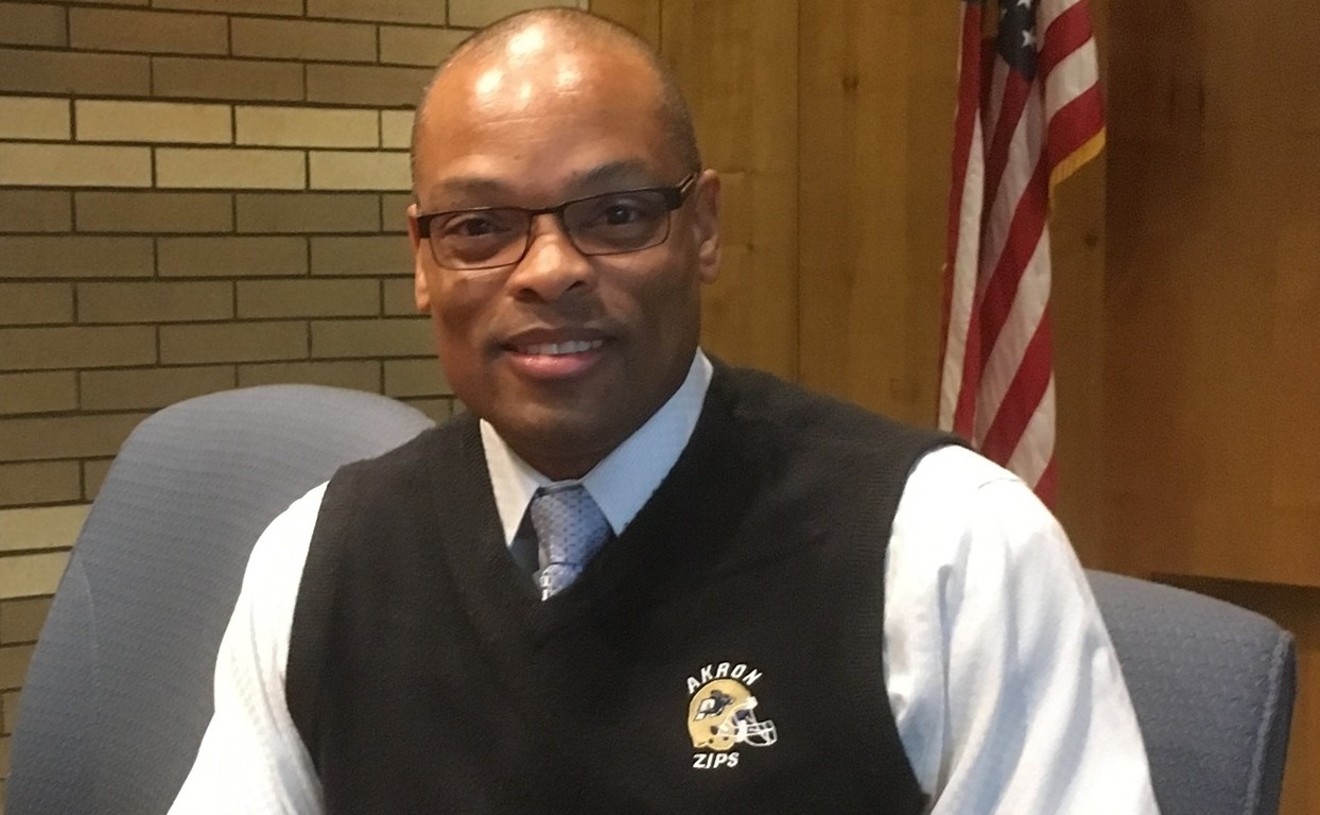 Tony Bouie, the former Arizona Lottery director and professional football player, has settled a federal lawsuit with two former Lottery workers who had accused him of discrimination and retaliation.

Karen Bach and Jessica Reimann filed the federal complaint in July 2016, several months after Governor Doug Ducey forced Bouie to resign from post after allegations of cronyism and abuse of state resources.

Bach and Reimann had held good jobs at the state agency for several years, but the former Tampa Bay Buccaneer replaced them with his buddies, the women claimed, calling him an "aggressive, disruptive, and hostile" boss.


"It is important for me to get my good name back by noting that I did nothing wrong." — Tony Bouie, former Arizona Lottery director.

They sued him for sex discrimination. Reimann further accused him of firing her in retaliation for informing a state investigator that Bouie had accepted two jackets as gifts from the Arizona Coyotes hockey team.

The women and Bouie agreed on July 6 to dismiss all claims with prejudice, records show. Both sides also agreed to pay their own attorneys' fees and costs, meaning it wasn't a slam-dunk win for either side.

Bouie told Phoenix New Times on Tuesday that the lawsuit settlement was "the end of a long journey," and that he felt freer to perhaps tell his side of working as Lottery boss. "It is important for me to get my good name back by noting that I did nothing wrong."

Ducey fired Bouie two days after a January 11, 2016, article in New Times in which he admitted to taking driving his young children in the state car he issued to himself. Personal use and taking family members in a car generally is considered a violation of state policy and the law.

The article covered several other allegations against Bouie, including cronyism, bid-rigging, and spending too much on an office renovation. New tips rolled in about Bouie, like his apparent abuse of stadium-ticket privileges at local sporting events.

Bouie's job had been on the rocks for a while, it turned out.

State Senator Kimberly Yee, R-Phoenix, had concerns about his qualifications for the job, in addition to various complaints she had heard about him. Yee had held up the new Lottery director's confirmation for a year after Ducey appointed the politically connected former NFL player. The article apparently spurred Ducey to finally get rid of Bouie, who had earned an annual salary of $115,700.

The state Attorney General's Office, following an investigation, released a statement in June 2016 essentially clearing Bouie of any criminal wrongdoing during his year as director.

"The results of our inquiry revealed a lack of clear facts and/or evidence that supported criminal conduct or warranted further investigation," said the letter by Robert Eckert, the AG's special agent supervisor.

Bouie said he's working now as a consultant, and also as an operations manager for FedEx.

Working as Lottery director "was a real interesting process," he said.

Like Tim Jeffries, the former state Department of Economic Security director who Ducey fired in November, Bouie claims that he was terminated for following the governor's orders.

"I was asked to do something specific for the governor, and was left high and dry," he said, adding cryptically that his firing was aimed at preventing him from divulging information about the Lottery office. He said he would not detail that information now, but might in the near future now that the lawsuit isn't constraining him.

State officials decided it would be easier to fire him then do something "about the long-term, ongoing Lottery issues I was letting them know about."

He noted that the state investigation found that the Lottery, despite some areas of concern about the "management and control," the agency was "operating as it should be, which includes the time frame Bouie was there."

Bouie said he sees such statements as "proof I was doing a good job was still terminated due to political pressure, not performance."