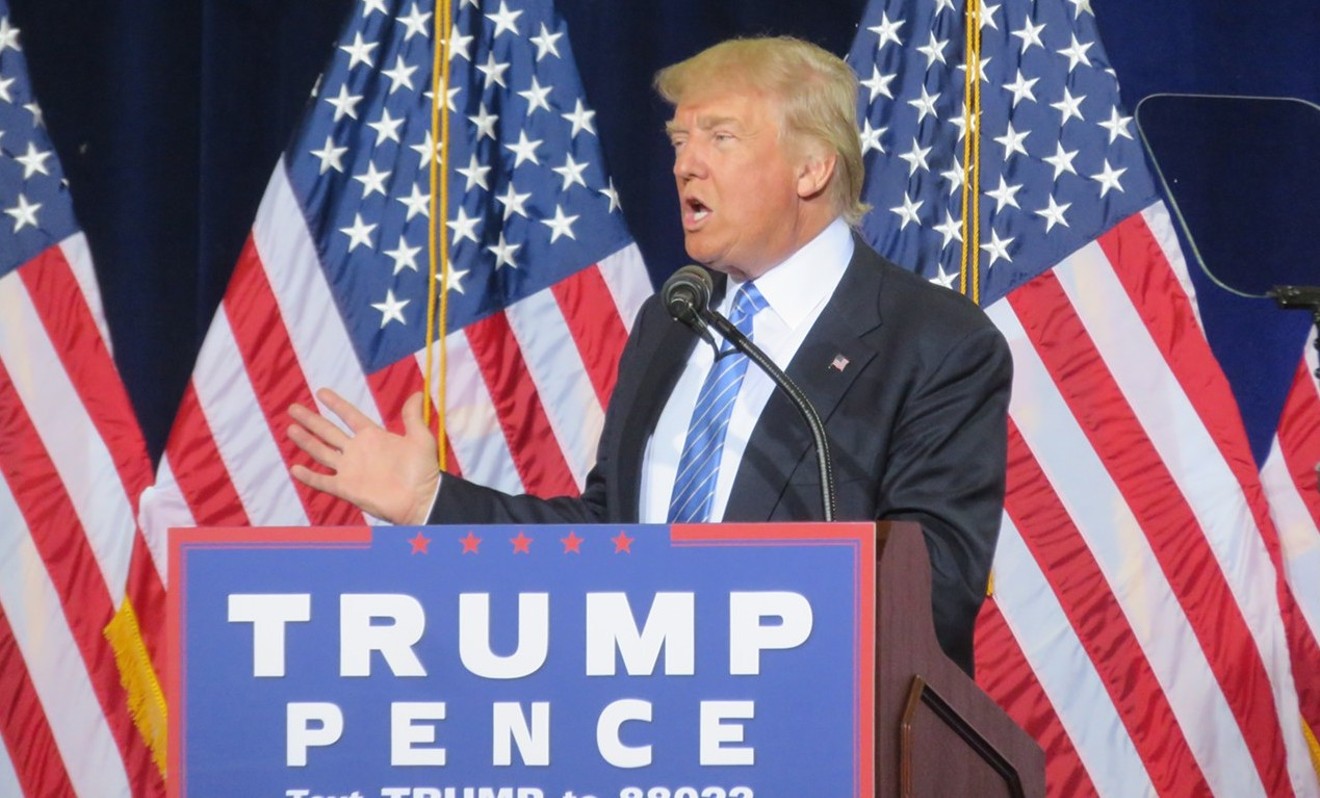 HIs campaign announced today that the president will appear here at 7 p.m. on Tuesday, Aug. 22.

And many wonder if he will use the stage to announce a pardon for former Maricopa County Sheriff Joe Arpaio, who introduced candidate Trump at his first appearance in Phoenix two summers ago.

Among those worried about that possibility is Phoenix Mayor Greg Stanton.

“I am disappointed that President Trump has chosen to hold a campaign rally as our nation is still healing from the tragic events in Charlottesville," Stanton said in a statement released Wednesday. "If President Trump is coming to Phoenix to announce a pardon for former Sheriff Joe Arpaio, then it will be clear that his true intent is to enflame emotions and further divide our nation.

"It is my hope that more sound judgment prevails and that he delays his visit," Stanton added, noting that the president is perfectly within his rights to lease the Convention Center for an event.

Arpaio has been convicted of criminal contempt of court and is due for sentencing on Oct. 5. Trump said earlier in the week that he would consider a pardon for Arpaio's federal conviction, and Arpaio said he would welcome it.

During a September 2016 rally at the convention center, he threw red meat to his supporters with promises of the wall and a mass deportation program targeting immigrants. Trump said, "Day One, my first hour in office, those people are gone."

Before that, he held an event in a hangar of the Phoenix-Mesa airport in December 2015. Trump also staged a rally in Fountain Hills in March 2016. Hundreds came out to protest Trump in Fountain Hills — several were arrested.

And Trump had just barely stepped off the gilded escalator of Trump Tower after he announcing his presidential run when he paid a visit to Phoenix. In July 2015, he was even introduced at the convention center by then-Maricopa County Sheriff Joe Arpaio.

The closely watched event with Arpaio followed in the wake of Trump's comments about Mexican immigrants, which many thought would doom an already long-shot candidate.