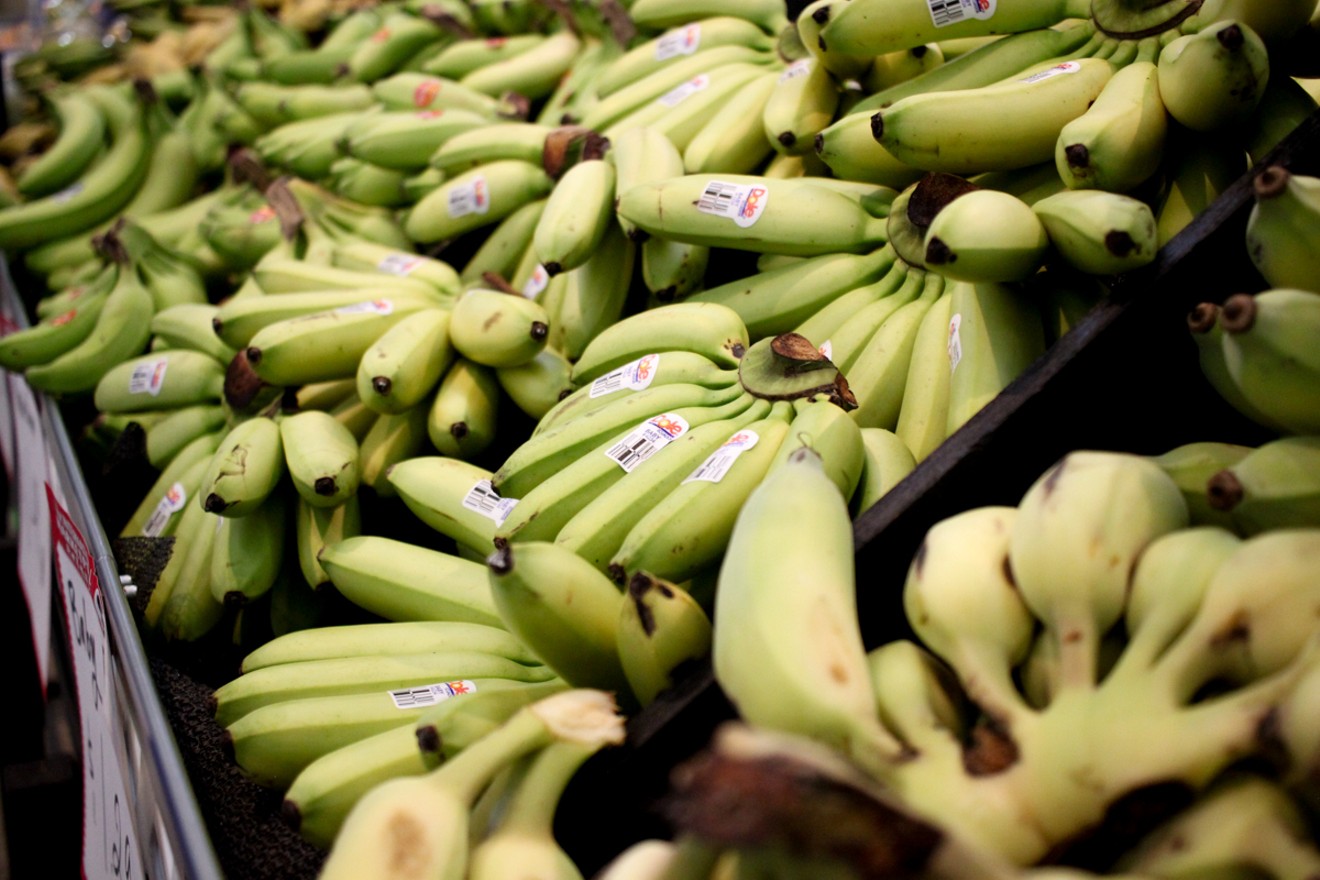 The Border Adjustment Tax could result in a 20-percent increase in the price of bananas. Evie Carpenter
How would you feel about paying 20 percent more for a golf shirt in the hope that — somewhere down the line — it might foster more manufacturing jobs in the United States?

And it wouldn't just be that shirt you'd have to dig deeper for, it would be a lot of the merchandise sold in retail stores like Target and Walmart and Home Depot and Fry's and just about every place else you can imagine.

Flat-screen TVs from Korea. Clothes made in Malaysia and Vietnam. Produce from Central and South America. Wine from Argentina and Chile. Petroleum products from Canada, Saudi Arabia, and Venezuela. Even cars assembled in the U.S. with some foreign parts.

In order to employ more American workers, are Americans willing to buy American and pay a premium, to boot?

The answer, according to a new poll conducted on behalf of Americans for Affordable Products, which represents more than 100 retail businesses and trade associations, is a big fat "NO."

The BAT's effect on retailers, small businesses and the poor and middle class would be roughly equivalent to that woodchipper in Fargo on Steve Buscemi's corpse

AAP's nationwide survey of 800 registered voters found that 63 percent oppose something called a Border Adjustment Tax, which critics say would result in a 20 percent tax on imports into this country.

The BAT is an idea championed by the GOP leadership in the U.S. House, specifically House Speaker Paul Ryan and Ways and Means Chairman Kevin Brady.

Its supporters argue that it would level the playing field for U.S. businesses versus foreign competition, incentivize job growth and exports, and — most importantly for Republicans — help pay for a massive cut to the corporate tax rate.

The BAT-ers say that this batty concept would strengthen the dollar — magically, by exactly 20 percent — thereby alleviating any pain for consumers or vendors.

But there's no guarantee this would occur, or if so, how quickly.

In the meantime, guess who pays more for those bananas from Honduras, shrimp from Ecuador, cut roses from Colombia, coffee from Brazil, iPads assembled in China, and on and on?

Um, take that cell-phone in your pocket, tap the camera icon, flip it to selfie mode ... Yeah, that guy.

Some industries that rely heavily on exports such as the aircraft industry would benefit immensely from a BAT.

Whereas the effect on retailers, small businesses, and the poor and the middle class would be roughly equivalent to the woodchipper in Fargo on Steve Buscemi's corpse.

"Everybody has to buy a certain level of supplies for your household, that cuts across the board," she says. "But it impacts people at middle and lower incomes harder."

Ahlmer points out that a BAT could affect the entire U.S. economy in unforeseen and adverse ways.

For instance, when it comes to imports, consider that the U.S. buys beaucoup Canadian lumber, from which American homes are built; and though almost all gasoline comes from American refineries, according to the U.S. Energy Information Administration, most crude oil for that gasoline comes from abroad.

A lot of people — including both of Arizona's U.S. Senators think a BAT is a bad idea.

On March 24, John McCain told Politico that a BAT would "destroy Arizona's economy" because of all of the trade our state does with Mexico, and because he believes that Mexico would retaliate.

Earlier that same month, on the floor of the Senate, Jeff Flake warned that if the BAT became reality, common staples "could be pushed out of reach for those who can least afford it.”

The AAP claims that the average per annum cost to American households from the BAT could be as much as $1,700.

Protectionism, you see, has a cost.

This is one thing I can get with libertarian-minded Republicans on: the free flow of goods and services.

Which, by the way, has always been a free-market argument in favor of easing restrictions on immigration into this country.

I'm not blind to the fact that certain moneyed interests have their own profits in mind when they oppose the BAT or support immigration reform.

As those betes noirs of lefties, the Koch brothers, do on both counts.

But even if your motivation is impure — driven by greed instead of compassion — who cares if we're on the same page in the end?

Regarding the BAT, it's a colossally stupid idea, one that will hurt average Americans as well as the businesses that cater to them.

And yet, despite all of the opposition to it on so many fronts, the BAT is a tough critter to kill, kinda like a White Walker from Game of Thrones.

Ahlmer thinks the BAT will be hard pressed to get through the U.S. Senate.

"But I don't know," she worries, "The House is a funny place these days."

Not to mention that President Donald Trump seems to have a weather vane stuck in his bottle-blond pompadour when it comes to the subject.

This is why I hope the BAT-hunters prevail.