That's according to the Arizona Department of Transportation, which put out a letter on the matter on Friday following demands from left-wing groups that want the marker and highway name banished.

Jefferson Davis was the president of the Confederate States during the American Civil War.

The concrete marker located on U.S. Route 60 near Gold Canyon serves as a memorial to Davis and recognizes the former U.S. Highway 80 as Jefferson Davis Highway.

Even though the highway is no more, moving the memorial might prove difficult, according to ADOT.

ProgressNow Arizona, AZ Coalition for Change, Living United for Change Arizona (LUCHA), and two civil-rights leaders made their demand in a petition delivered to the governor's office two weeks ago. The groups have been fighting since August to get rid of the Davis memorial, the highway name, and an additional Confederate memorial at the State Capitol.

"It is the position of the Department that the 'Jefferson Davis National Highway' designation, having been approved specifically for U.S. Route 80, no longer exists," states the October 13 letter signed by ADOT Director John Halikowski to the Arizona State Board on Geographic and Historic Names.

Members of the latter board met in late September to talk about renaming the highway, but asked ADOT to weigh in after deciding it was possible the highway didn't exist.

As Halikowski detailed, the United Daughters of the Confederacy began talking to members of the Arizona Highway Commission about a memorial and designated highway name back in 1929. The state finally acted on the proposals in 1961. Arizona was the last of 15 states that adopted the Davis name on U.S. Route 80.

Years later, the state replaced most of U.S. Route 80 with State Route 60.

"There is no longer a coast-to-coast highway named as U.S. Route 80 carrying the Jefferson Davis designation," Halikowski wrote.

No ADOT-owned or -maintained signs or monuments in Arizona recognize the old Jefferson Davis Highway, he added.

The highway memorial, on the other hand, is privately owned and maintained, an ADOT spokesman said. It remains on a state right-of-way.

An October 13 email to ProgressNow Arizona by ADOT spokesman Timothy Tait explains that moving the monument would first require overcoming some legal hurdles.

"While it is within ADOT’s right of way along U.S. 60, where it was placed in 1962, it has not been deemed by engineers as a safety hazard for motorists," Tait said in the email. "Although there is a policy for roadside memorials (the small monuments, generally placed for those killed at that location in a car crash), there isn't much guidance on something like this."

ADOT would be required to work with the public and the marker's owner in order to remove or relocate it, he stated, and it might even be protected under the National Historic Preservation Act based on its age. The marker was placed along U.S. Route 80/U.S. Route 70 in 1943, then moved in 1962 to its current spot.

Representatives of the groups expressed outrage over the situation in a news release sent to the media. 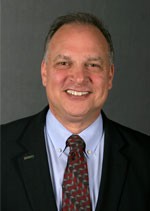 John Halikowski, ADOT director
Arizona Department of Transportation
“ADOT should remove the marker as soon as possible,” said State Representative Reginald Bolding, D-Laveen. “Given that ADOT has determined that the highway is not officially named after Jefferson Davis, the physical marker clearly needs to come down.”

Bolding had first asked the state to remove the highway memorial in 2015, days after the June 17 massacre of nine people at the Emanuel African Methodist Church in Charleston, South Carolina. The demands by left-wing and civil-right groups grew more intense after the violent clashes between white-supremacist groups and counter-protesters in Charlottesville, Virginia.

“It’s absurd for ADOT to claim that they cannot remove the marker just because it is privately owned," said Emily Kirkland of ProgressNow Arizona.

Asked later who owns the marker, Kirkland said, “As far as I can tell, the marker was erected by the United Daughters of Confederacy — they're listed in all the official documents and news reports as the group that had the marker put up in the first place. Presumably, they are the current owners.”

ADOT should take the step of contacting the group, she said.

A website for the United Daughters of the Confederacy lists three Arizona chapters. One of those, the Tempe chapter, contains a link to a pornography site.

ADOT's media-relations team did not return a call seeking comment on Tuesday.