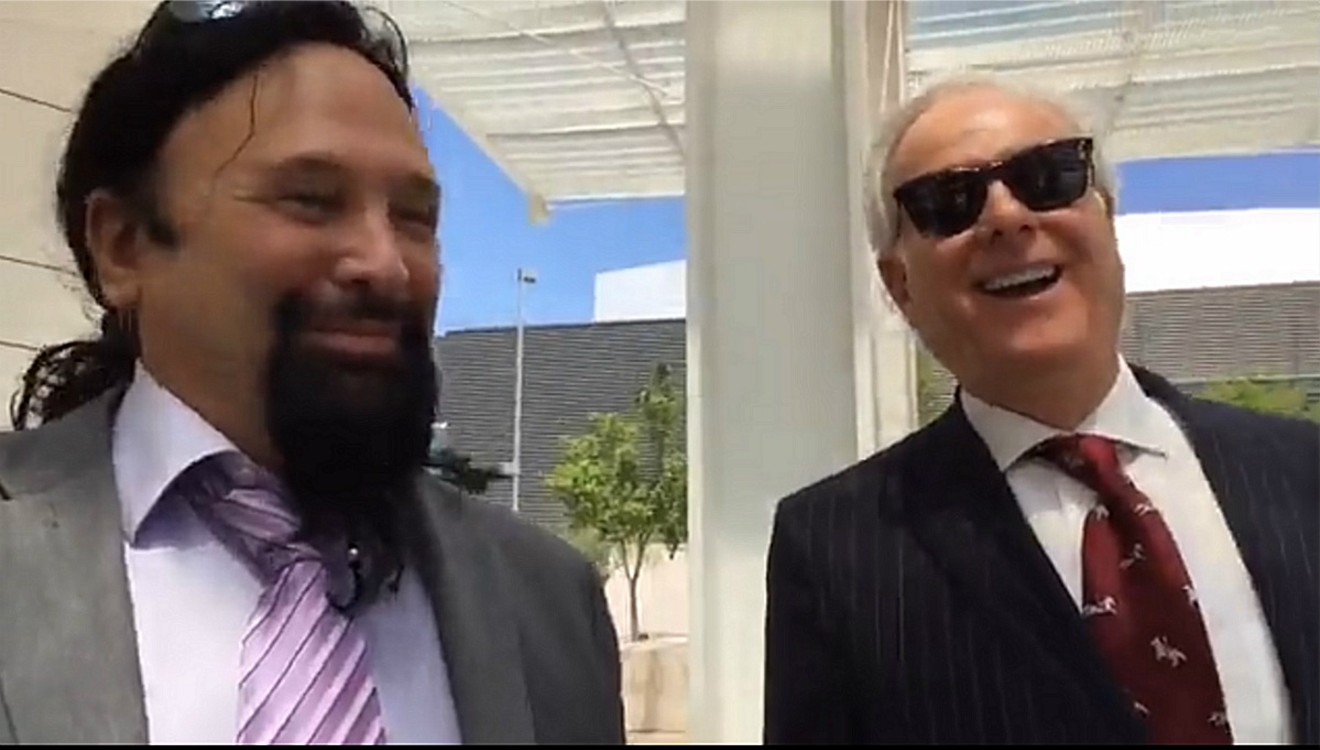 Give the devil his due: Phoenix attorney Dennis Wilenchik was at his suavest Wednesday before federal Judge Susan R. Bolton during a pretrial hearing in former Sheriff Joe Arpaio's criminal contempt case.

Bolton denied a defense motion to stay the criminal trial pending the outcome of a taxpayer-funded appeal in the civil rights lawsuit, Melendres v. Arpaio (from whence Arpaio's criminal woes have sprung). But the jurist succumbed to Wilenchik's arguments that he had just replaced former U.S. Attorney Mel McDonald as defense counsel and had not had time to get up to speed.

As a result, over the vociferous objections of the prosecutor  — U.S. Justice Department lawyer John Keller, who appeared via phone from Washington, D.C. — Bolton "reluctantly" granted Wilenchik's request for a continuance.

Now, the trial will be delayed again, this time from April 25 till sometime in June, the exact date yet to be agreed upon.

Bolton noted that it was a motion from Arpaio's other attorney, Mark Goldman, which caused McDonald to withdraw from being Arpaio's criminal attorney.

That's a big deal, because McDonald sat through the entire 2015 civil trial, which resulted in Arpaio and some of his underlings being found guilty of civil contempt of federal Judge G. Murray Snow's orders in Melendres.

Goldman's motion, the one Bolton cited on Wednesday, was filed toward the end of March. It suggested that Arpaio's admissions under oath to civil contempt had been "coerced" by Judge Snow, and that McDonald had failed to advise his client of possible criminal consequences. 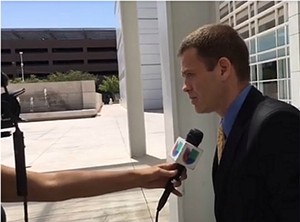 Jack Wilenchik giving an interview in Spanish on Wednesday outside the federal courthouse in downtown Phoenix.
Stephen Lemons

Enter Wilenchik on April 10, along with his son, fellow attorney Jack, to scoop up what McDonald's departure left behind.

Nattily attired in grey pinstripe, with a folded pocket square and a burgundy-hued tie from Austria, Wilenchik père admitted to Bolton that he had some knowledge of the case.

He and his son observed part of Arpaio's civil trial when they represented former MCSO executive chief Brian Sands, a defendant in that proceeding, on the possibility that Sands' case might be referred for criminal prosecution, as happened with Arpaio.

If that had occurred, the Wilenchiks would've served as Sands' criminal attorneys.

But Sands is not facing criminal prosecution, so Wilenchik said there was no conflict with his prior representation of Sands.

Wilenchik asserted that he had already expended "a lot of time, effort, and thought" on Arpaio's criminal case in the short time he'd been on it.

It was a "Herculean task" to take over from McDonald, he claimed, one "beyond my mortal means," in order to be ready for trial on April 25.

He noted, humorously, that Bolton had already granted a delay in the case for March Madness, and this new request was far more serious.

Amused, Bolton replied that there had been no objection to the March Madness postponement.

On the blower, Keller sounded annoyed by this back and forth, telling Bolton there was "no reason for a continuance," and that the public had an interest in a resolution of this case.

But, while Bolton said she was not happy about it, she observed that it was not the defendant's fault that his lawyers were playing musical chairs, so she allowed Arpaio's counsel more time to prepare for trial.

Nevertheless, there were some issues Bolton said she would not revisit, such as the defense's request for a jury trial, which she previously rejected.

She also felt she had dispensed with another issue Wilenchik raised — the possibility the statute of limitations on Arpaio's case had run out.

Wilenchik pushed for another pretrial hearing to address all of the pending motions in the case, which Bolton has said should wait for trial. Wilenchik suggested that it would help to speed up the pending trial to have one.

"These issues have been fully briefed," Bolton declared, adding that, "I'm not going to set any [pretrial] hearings today."

Arpaio was not present for the court session, and so did not have to exit via the front door, as he did at the last pretrial conference. (During the civil contempt trial, Arpaio was allowed to leave via the court's underground parking garage.)

Outside, Wilenchik and Goldman were all smiles, glad that they'd convinced the judge to delay Arpaio's date with destiny.

Reporters asked Wilenchik about his sometimes contentious relationship with Arpaio, as the attorney has represented Arpaio's office in the past. In more recent years, Wilenchik has been critical of Arpaio, particularly while representing U.S. Senator Jeff Flake's son in the 2014 deaths of 23 dogs at a boarding facility in Gilbert where Flake's son had been a caretaker.

Because of Wilenchik's work on that case, charges of animal cruelty against Flake's son were dropped. He also filed a lawsuit on Flake's behalf against Arpaio, alleging that the publicity-seeking sheriff had encouraged his investigators to gin up charges against Flake's kid.

But Wilenchik is off that lawsuit, and Wilenchik swore that he believed Arpaio was innocent of criminal contempt, a misdemeanor charge for which Arpaio potentially could receive six months in the slammer.

"That's what lawyers do," he shrugged. "We represent people we believe in ... we both believe that the sheriff is absolutely innocent of any criminal contempt. No question about it."

What about that other hired gun, McDonald? Were Wilenchik and Goldman throwing him off a cliff to save Arpaio's fanny?

Goldman took that one.

"We don't want to discuss anything regarding Mel at this point," Goldman said. "We have respect for him as an attorney, and we're not discussing him outside of the courtroom."

Translation: Hey, why not, if it works?